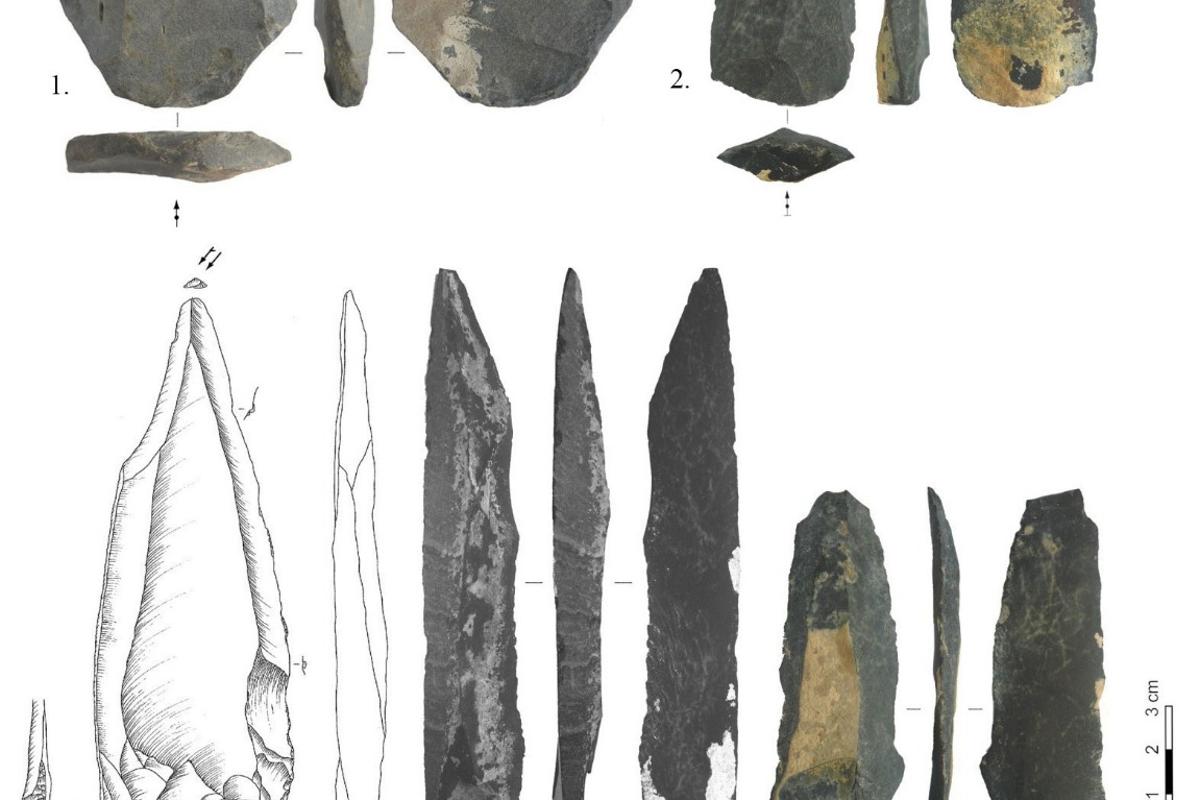 A selection of tools found at the Mongolian site Tolbor-16.  UC Davis
–
By Michael Irving
–

“These objects existed before, in Siberia, but not to such a degree of standardization,” says Nicolas Zwyns, lead author of a study describing the find. “The most intriguing (aspect) is that they are produced in a complicated yet systematic way – and that seems to be the signature of a human group that shares a common technical and cultural background.”

While the team hasn’t found any human bodily remains at the site, the tools are believed to belong to Homo sapiens and not one of the other hominin species, like Neanderthals or Denisovans. That’s because the designs of 826 tools in particular appear to be similar to technology from a period of human history known as the Initial Upper Palaeolithic. And with the site itself dated to about 45,000 years ago, that time frame lines up well.

“Although we found no human remains at the site, the dates we obtained match the age of the earliest Homo sapiens found in Siberia,” says Zwyns. “After carefully considering other options, we suggest that this change in technology illustrates movements of Homo sapiens in the region.”

That age makes the tools found at Tolbor-16 the oldest evidence of modern humans in Mongolia. They predate the previous oldest, a piece of a skull described early this year, by about 10,000 years.

The team dated the site using luminescence dating on the sediment, as well as radiocarbon dating of animal bones found in the mix. These are also further evidence of human occupation – the fragments were found to belong to animals like cattle, bison, sheep, goats and/or horses. These were most likely gathered there by humans for food.

But there’s another interesting link to that time period. Genetic studies have calculated that humans first met – and interbred with – the enigmatic Denisovans at around the same time. This species, closely related to humans, is thought to have lived in China and surrounding areas as long as 160,000 years ago. While there’s no direct evidence that Tolbor-16 was exactly where this chance meeting happened, the site is in the right place and at the right time.

“Although we don’t know yet where the meeting happened, it seems that the Denisovans passed along genes that will later help Homo sapiens settling down in high altitude and to survive hypoxia on the Tibetan Plateau,” says Zwyns. “From this point of view, the site of Tolbor-16 is an important archaeological link connecting Siberia with Northwest China on a route where Homo sapiens had multiple possibilities to meet local populations such as the Denisovans.”