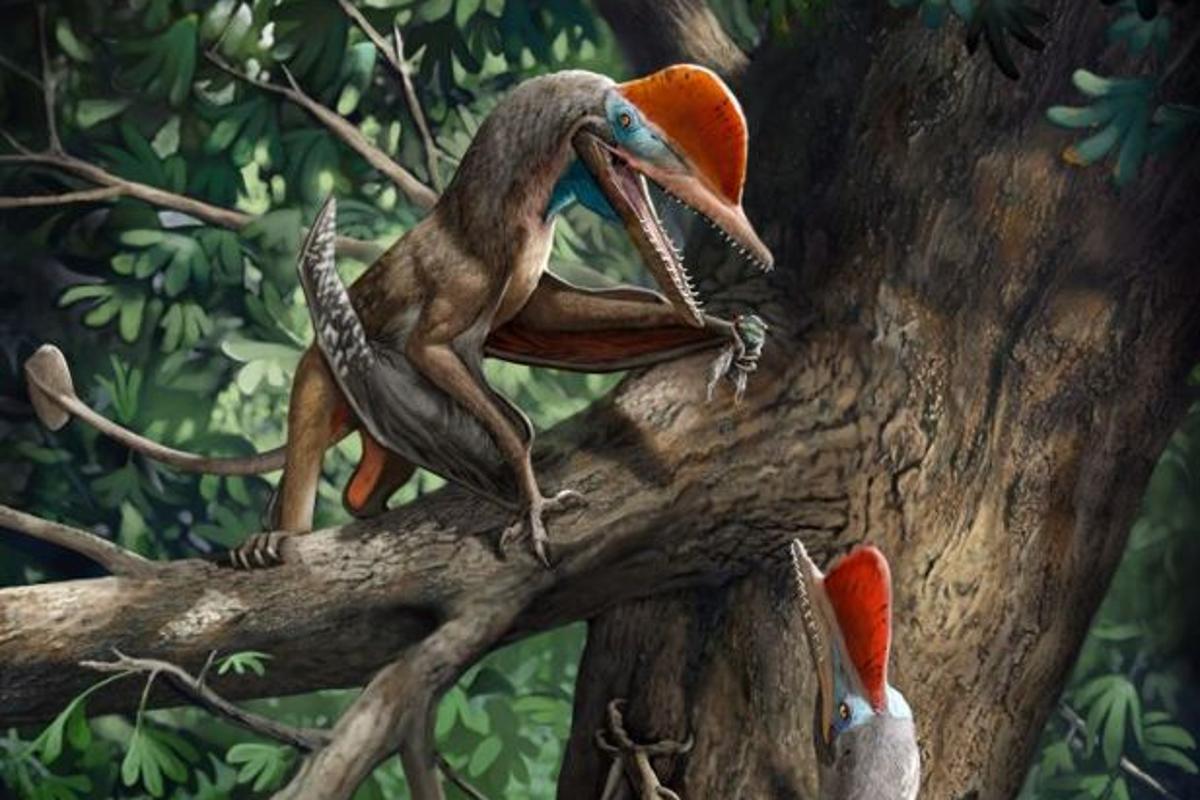 By Nick Lavars
–
The Monkeydactyl, or as it’s more formally known, Kunpengopterus antipollicatus, fossil was unearthed in the Tiaojishan Formation of Liaoning, China, and was imaged through micro-CT scans so an international team of researchers could better understand its structure.
More Stories

This revealed an estimated wingspan of 85 cm (33.5 in) and, strikingly, the presence of opposed thumbs on either hand. This feature had never been seen before in pterosaurs, which are not known to have lived in the trees. It is also the earliest record of opposed thumbs in Earth’s history.

“The fingers of ‘Monkeydactyl’ are tiny and partly embedded in the slab,” says Fion Waisum Ma, co-author of the study and PhD researcher at the University of Birmingham. “Thanks to micro-CT scanning, we could see through the rocks, create digital models and tell how the opposed thumb articulates with the other finger bones. This is an interesting discovery. It provides the earliest evidence of a true opposed thumb, and it is from a pterosaur – which wasn’t known for having an opposed thumb.”

The micro-CT scans enabled the scientists to study the Monkeydactyl’s forelimb morphology and musculature, alongside other pterosaurs from the same ecosystem, which indicated that the hand could have been used for grasping. The scientists believe this to be a case of “niche-partitioning” among these pterosaurs, with the Monkeydactyl developing its thumbs to better navigate the trees and separate itself from other creatures in the area.

“Tiaojishan palaeoforest is home to many organisms, including three genera of darwinopteran pterosaurs,” says Xuanyu Zhou from China University of Geosciences, who led the study. “Our results show that K. antipollicatus has occupied a different niche from Darwinopterus and Wukongopterus, which has likely minimized competition among these pterosaurs.”