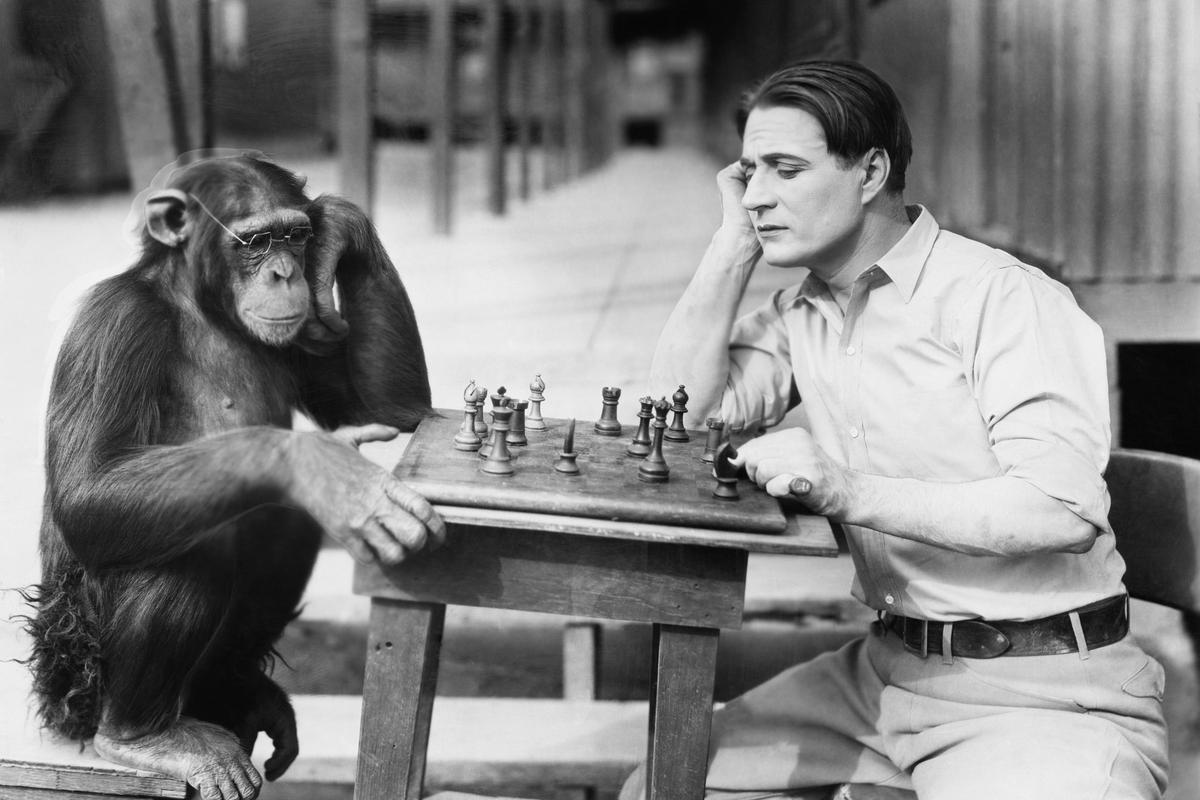 A chimera is, put simply, an organism that contains cells from more than one individual. It can occur naturally during development, such as when non-identical twins merge early on, or it can be an artificial process – technically, organ transplants create chimeras.

The mRNA revolution: How COVID-19 hit fast-forward on an experimental technology

But it doesn’t necessarily need to be cells from the same species. Scientists have been experimenting with interspecies chimeras for decades, merging similar animals like mice and rats, and sheep and goats. And in the new study, researchers from the Salk Institute and Kunming University of Science and Technology successfully created chimeras of humans and monkeys.

In lab tests in culture, the team started with monkey blastocysts. Six days after fertilization they were injected with 25 human extended pluripotent stem (hEPS) cells, which contribute to the tissue as the embryo develops.

And sure enough, when the researchers examined the batch of embryos 24 hours later, they detected human cells in 132 of them. After 10 days, there were 103 of these chimeric embryos remaining, but by day 19 only three still survived. After that, the embryos were terminated before they developed any further.

This successful experiment showed that human cells can survive and proliferate in monkey embryos, in relatively high numbers. The goal, the team says, is to make better models for studying biological development, evolution, disease progression and treatments.

“As we are unable to conduct certain types of experiments in humans, it is essential that we have better models to more accurately study and understand human biology and disease,” says Juan Carlos Izpisua Belmonte, senior author of the study. “An important goal of experimental biology is the development of model systems that allow for the study of human diseases under in vivo conditions.”

This isn’t the first human-animal chimera to be created. In 2017, some of the same scientists created human-pig chimeras, by introducing human stem cells into pig embryos and incubated them in surrogates for four weeks. This was the first time human cells had been shown to be able to grow inside the blastocyst of another animal.

That said, only tiny amounts of human cells were detected, far too few to be practical. The problem is that humans and pigs are, obviously, quite different species separated by tens of millions of years of evolution. Using monkeys, to whom we’re much more closely related, improves the chances of successful chimeras.

“Historically, the generation of human-animal chimeras has suffered from low efficiency and integration of human cells into the host species,” says Izpisua Belmonte. “Generation of a chimera between human and non-human primate, a species more closely related to humans along the evolutionary timeline than all previously used species, will allow us to gain better insight into whether there are evolutionarily imposed barriers to chimera generation and if there are any means by which we can overcome them.”

However all of this begs a few very important questions – why? And should we be doing this at all? In the case of chimeric pigs, the ultimate goal is to grow human organs for transplant, to reduce the need for long waiting lists. And because they could be grown on demand from a patient’s own cells, the risk of rejection is removed, as is the need for immunosuppressant drugs.

Chimeric monkeys could be a similar vector for transplantable tissues, but they might also be more useful as “humanized” test subjects for new drugs or medical treatments, or to study diseases in a manner where the results would be closer to what we can expect in humans.

These are noble causes, but are they worth the ethical minefield?

The announcement of the new chimeras will no doubt be labelled “unnatural” or “playing God” by some people – but the same could be said about many scientific breakthroughs. An iPhone is unnatural.

More profound ethical questions may arise around the blurring of the line between humans and animals, as raised by a 2019 review paper in the Journal of Law and the Biosciences. What rights would these chimeras have? Does it depend on the degree of “humanity” in them? Can chimeras be owned by people?

There are also animal welfare concerns – would these chimeras be healthy enough to live relatively normal lives, or might they be prone to suffer from lifelong health problems? Would they need to be isolated from other animals, a cruelty in itself?

Interestingly, the review paper suggests that perhaps the creation of human-animal chimeras might help people realize that humans don’t necessarily have any higher moral status than any other creature.

“It is sometimes argued that … [the creation of part-human chimeras] will undermine an important moral view: that it matters, morally, which species we belong to,” the report reads. ”This argument assumes that we ought to preserve the view that boundaries between species are fixed, natural, and morally relevant, with full moral status reserved exclusively for humans. Yet even if creating part-human chimeras alters public attitudes in this way (and it is not obvious that it would), it is unclear why it is important for us to preserve the view that biological humanness is both necessary and sufficient for full moral status… Accordingly, it might be a good thing if the creation of part-human chimeras prompts us to rethink the significance we currently attach to species membership.”

To their credit, the researchers on the monkey chimera study understood what they were getting into – before and during the work they consulted with bioethicists with experience in policies around chimeras to make sure they were doing everything by the book. That’s why the embryos were grown in the lab, not in a surrogate, and why they weren’t allowed to develop beyond the 20-day mark.

“It is our responsibility as scientists to conduct our research thoughtfully, following all the ethical, legal, and social guidelines in place,” says Izpisua Belmonte. “Ethical consultations and reviews were performed both at the institutional level and via outreach to non-affiliated bioethicists. This thorough and detailed process helped guide our experiments.”

The debate will no doubt rage on, but regardless the scientific breakthrough is a major one.

The research was published in the journal Cell.

Michael Irving
Michael has always been fascinated by space, technology, dinosaurs, and the weirder mysteries of the universe. With a Bachelor of Arts in Professional Writing and several years experience under his belt, he joined New Atlas as a staff writer in 2016.
–
4 comments
Sign in to post a comment.
Please keep comments to less than 150 words. No abusive material or spam will be published.
–
FB36 – 2021 Apr 15 – 08:42 AM

Ethical part actually can be quite simple: Global permanent ban for all kinds of human-animal hybrid attempts!
Otherwise, keep in mind, if/once they are allowed, then what/where is the limit exactly?
–

guzmanchinky – 2021 Apr 15 – 08:59 AM
It IS tricky! But if these chimeras help find cures for some of our deadliest diseases I’m all for it.
–
Username April 15, 2021 10:30 AM
Dr. Moreau is alive and well I see!
–
c w – 2021 Apr 15 – 11:21 PM
So, if the idea is that we can experiment on non-human, non-sentient things, and science is continually providing mire evidence that our idea of “sentience” may be limited, and these human-(other primate) creations can be developed into beings that are more human-like in feeling and thought….why not just experiment on willing humans?
–
–