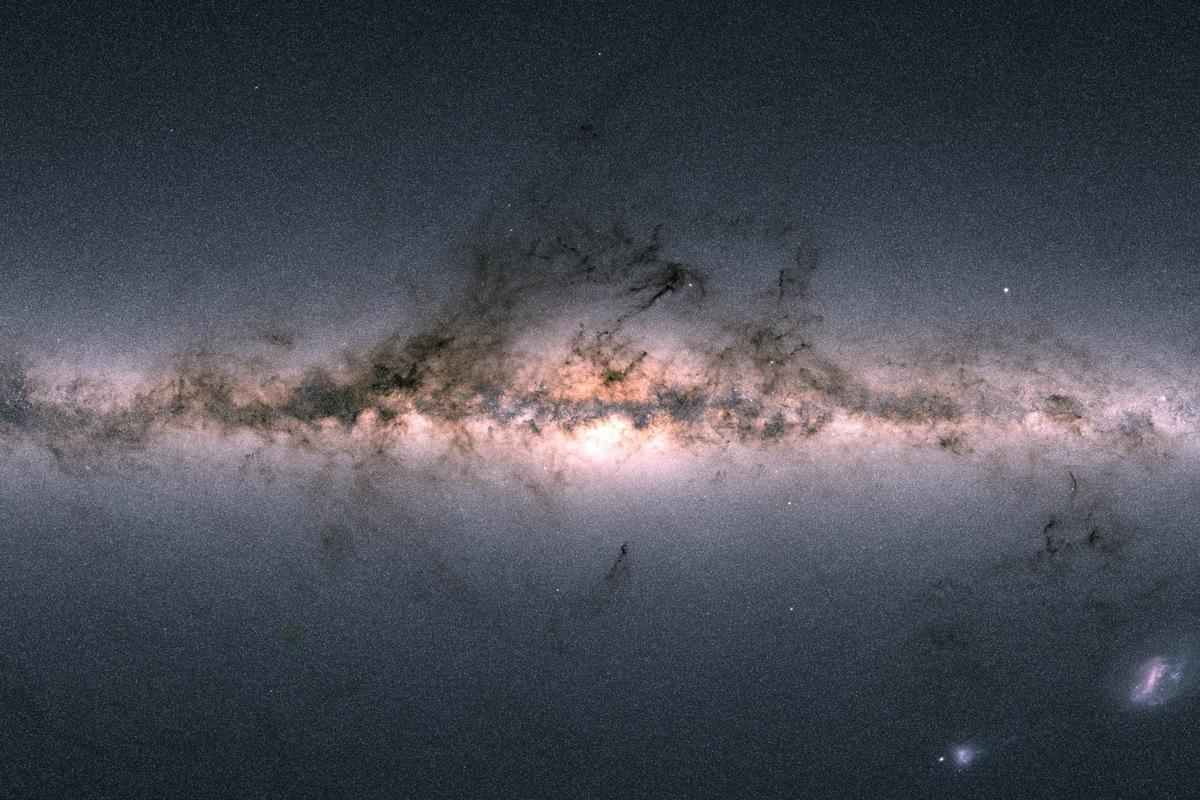 A map of the Milky Way gathered from Gaia data.  ESA/Gaia/DPAC
–
By Michael Irving
–
As sci-fi as it sounds, antimatter is very real. Simply put, it’s exactly the same as ordinary (or baryonic) matter, except that it has the opposite charge. That means that when particles of matter and antimatter meet, the two annihilate each other in a burst of energy.
More Stories

According to our best models for the universe, matter and antimatter should have been created in equal amounts in the Big Bang, but today, matter seems to dominate the cosmos. Antimatter is only produced in trace amounts, in instruments like the Large Hadron Collider or through natural processes like lightning, hurricanes, cosmic ray interactions, radioactive decay, or plasma jets from neutron stars and black holes.

So where did all the antimatter go? It seems that it’s almost entirely been wiped out from contact with regular matter – and we were just lucky that there was extra matter left over, otherwise the universe would be a very empty place.

But perhaps the ratio isn’t quite as skewed as we thought. Theoretically, there’s no reason antimatter shouldn’t be able to form stars and galaxies, planets and even life, as long as there was no regular matter nearby to destroy it. It’s an intriguing possibility, but one that’s extremely difficult to validate – after all, anti-stars would shine just like regular ones.

However, they may reveal themselves in other ways. Since it would be pretty difficult for anti-stars to wind up in a region of space completely devoid of regular matter, scientists could potentially spot these impostors through flashes of gamma rays, given off from the annihilation of rogue matter particles that wander too close.

And that’s just what astronomers have hunted for in a new study. The team analyzed 10 years’ worth of data from the Fermi Space Telescope, examining 5,787 gamma ray sources for those that could be anti-stars. Lots of other objects also give off gamma rays though, so the researchers focused on those that came from a single point, and had a light spectrum similar to what would be expected from matter-antimatter annihilation.

Sure enough, among those thousands of sources, the team found 14 that fit the bill. That doesn’t mean they are anti-stars, of course – the team acknowledges that it’s far more likely that they’re more well-known gamma ray emitters like pulsars or black holes. But the possibility is there, at least.

From that, the team extrapolated to arrive at an estimate of how many anti-stars there might reasonably be in our galaxy. They found that if anti-stars are distributed like regular stars, and if they don’t have any differences besides charge (something that antimatter studies are still investigating) then we’re looking at around one anti-star for every 300,000 normal stars. Primordial anti-stars might also tend to evade notice by hanging out in the huge, sparse halo around the galaxy too, the team says.

It’s an intriguing idea, and one that will need further study to search for more evidence.

The research was published in the journal Physical Review D.