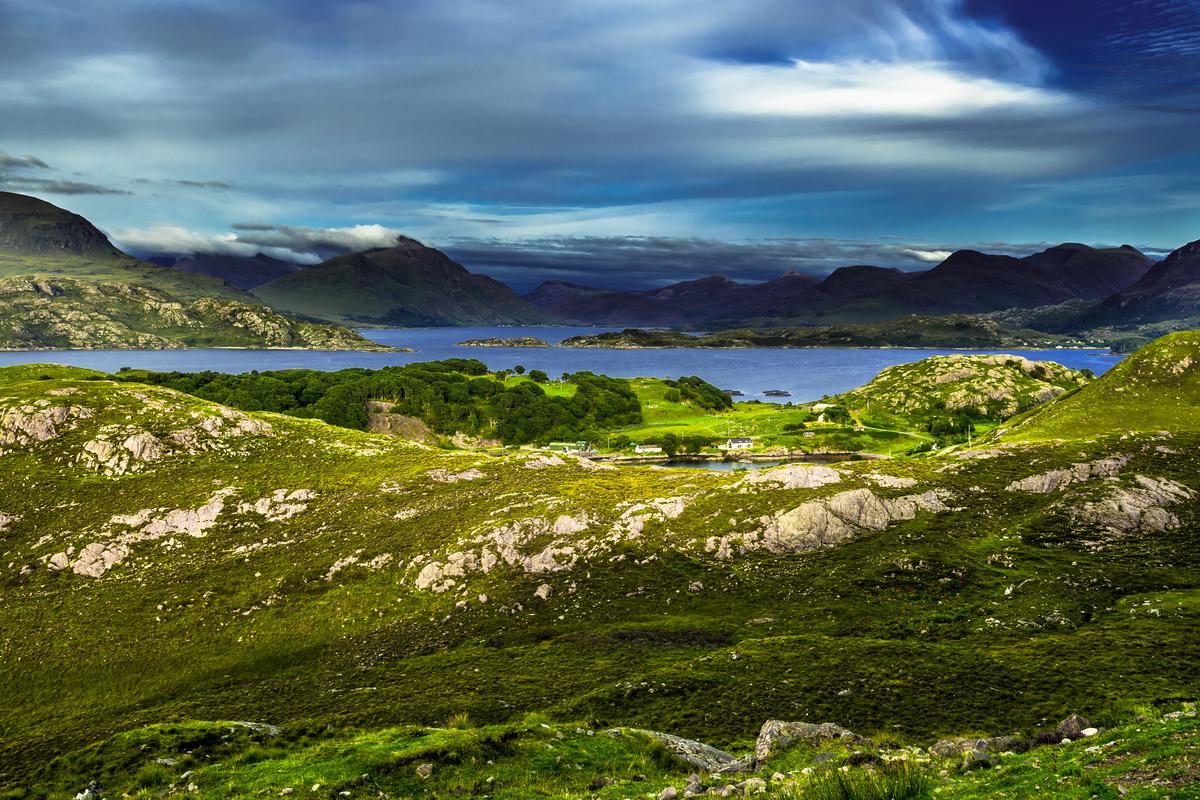 The billion-year-old multicellular microfossil was found at Loch Torridon in the Scottish Highlands.  grafxart/Depositphotos
–
By Michael Irving
–
Records show that life arose relatively quickly after Earth was formed, but for a long time it was dominated by single-celled organisms – a period sometimes referred to as the “Boring Billion.” Things are thought to have gotten more “exciting” after about 800 million years ago, as multicellular animals began to appear, before rapidly diversifying during the Cambrian Explosion some 540 million years ago.
More Stories

But now, scientists have discovered a multicellular microfossil dating back one billion years – several hundred million years earlier than multicellular animals were thought to have arisen. Found at Loch Torridon in the Northwest Scottish Highlands, the new fossil belongs to a spherical organism with two clearly differentiated cell types. As such, it’s been named Bicellum Brasieri.

“Biologists have speculated that the origin of animals included the incorporation and repurposing of prior genes that had evolved earlier in unicellular organisms,” says Professor Paul Strother, lead investigator on the team. “What we see in Bicellum is an example of such a genetic system, involving cell-cell adhesion and cell differentiation that may have been incorporated into the animal genome half a billion years later.”

But Bicellum has claimed the crown for oldest multicellular member of the holozoa clade. This large group contains all animals, as well as the closest single-celled relatives, but specifically excludes fungi. That means it would represent a key transitional phase between single-celled and multicellular holozoans, and the first multicellular animal currently known.

Interestingly, the location of the find was an ancient freshwater lake, suggesting this crucial evolutionary step may not have occurred in the oceans as currently thought.

Michael Irving
Michael has always been fascinated by space, technology, dinosaurs, and the weirder mysteries of the universe. With a Bachelor of Arts in Professional Writing and several years experience under his belt, he joined New Atlas as a staff writer in 2016.
–
2 comments
Sign in to post a comment.
Please keep comments to less than 150 words. No abusive material or spam will be published.
–
Username 2021 May 03 – 09:40 AM
I actually see a family resemblance!
–
bwana4swahili 2021 May 09 – 04:15 PM
“the origin of animals included the incorporation and repurposing of prior genes that had evolved earlier in unicellular organisms,” A good argument for panspermia, i.e.: prior genes.
–