–
Apparently, Thomas Morton didn’t get the memo. The English businessman arrived in Massachusetts in 1624 with the Puritans, but he wasn’t exactly on board with the strict, insular, and pious society they had hoped to build for themselves. “He was very much a dandy and a playboy,” says William Heath, a retired professor from Mount Saint Mary’s University who has published extensively on the Puritans. Looking back, Morton and his neighbors were bound to butt heads sooner or later.

Within just a few short years, Morton established his own unrecognized offshoot of the Plymouth Colony, in what is now the town of Quincy, Massachusetts (the birthplace of presidents John Adams and John Quincy Adams). He revived forbidden old-world customs, faced off with a Puritian militia determined to quash his pagan festivals, and wound up in exile. He eventually sued and, like any savvy rabble-rouser should, got a book deal out of the whole affair. Published in 1637, his New English Canaan mounted a harsh and heretical critique of Puritan customs and power structures that went far beyond what most New English settlers could accept. So they banned it—making it likely the first book explicitly banned in what is now the United States. A first edition of Morton’s tell-all—which, among other things, compares the Puritan leadership to crustaceans—recently sold at auction at Christie’s for $60,000.

The Puritans’ move across the pond was motivated by both religion and commerce, but Morton was there only for the latter reason, as one of the owners of the Wollaston Company. He loved what he saw of his new surroundings, later writing that Massachusetts was the “masterpiece of nature.” His business partner—slave-owning Richard Wollaston—moved south to Virginia to expand the company’s business, but Morton was already deeply attached to the land, in a way his more religious neighbors likely couldn’t understand. “He was extremely responsive to the natural world and had very friendly relations with the Indians,” says Heath, while “the Puritans took the opposite stance: that the natural world was a howling wilderness, and the Indians were wild men that needed to be suppressed.” 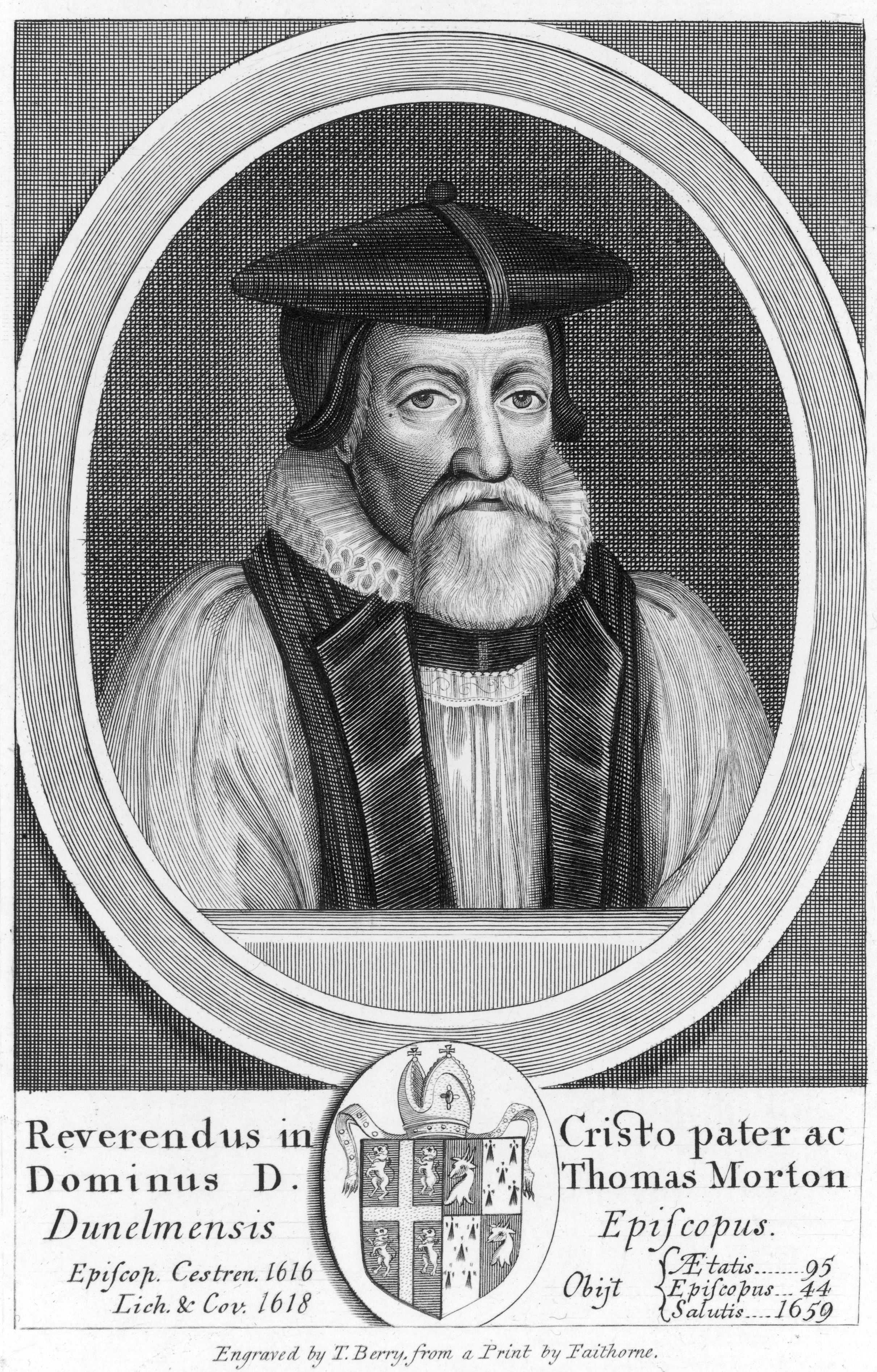 After Wollaston left, Morton enlisted the help of some brave recruits—both English and Native—to establish the breakoff settlement of Ma-Re Mount, also known as Merrymount, preserved today in the Quincy neighborhood and park of the same name. Morton essentially asked his neighbors, “What if we just throw [Wollaston] out and start our own utopian colony based on Plato’s Republic, and also as a society of the Native Americans?” explains Rhiannon Knol, a specialist in the Books & Manuscripts department at Christie’s in New York. “And that sounded a lot better to them.” Some of them, at least.

The Puritan authorities didn’t see Merrymount as a free-wheeling annoyance; they saw an existential threat. The problem wasn’t only that Morton was taking goods and commerce away from Plymouth, but that he was giving that business to the Native Americans, including trading guns to the Algonquins. With Plymouth’s monopoly dissolved and its perceived enemies armed, Morton had perhaps done more than anyone else to undermine the Puritan project in Massachusetts. Worse yet, in the words of Plymouth’s governor William Bradford, Morton condoned “dancing and frisking together” with the Native Americans—activities that were banned even without Native American participation. It was basically an early colonial version of Footloose. Governor Bradford nicknamed Morton the “Lord of Misrule,” and it’s not hard to imagine him wearing that title like a crown.

There could be no greater symbol of such misrule than Morton’s maypole. Reaching 80 feet into the air, the structure conjured all the vile, virile vices of Merry England that the Puritans had hoped to leave behind. Throughout medieval Europe, maypoles had been a popular installation for May Day (or Pentecost or midsummer, in some regions)—encouraging human fertility as the land itself sprung up from winter. Now that was a tradition that Morton could get behind, and he gladly called upon the residents of Merrymount to drink, dance, and frolic around the pole. The establishment of Merrymount had been a provocation, but Morton’s May Day celebrations meant war.

During the 1628 festivities, a Puritan militia led by Myles Standish invaded Merrymount and chopped down the maypole. (The incident later inspired Nathaniel Hawthorne’s short story “The May-Pole of Merry Mount,” first published in 1832.) Morton was tried for supplying arms to the Natives, and expelled to an island off the coast of New Hampshire to be left for dead. Somehow, he managed to hitch passage on a ship back to England, where he sued the Massachusetts Bay Company. The trial provided him with the basis for his book, much of which was composed at London’s Mermaid Tavern with a little help from his friends, including famed poet and playwright Ben Jonson.

Heath is careful to stress that the book is not a literary masterwork, but he acknowledges that it has its moments. Knol says she was particularly struck by the nicknames Morton threw at his Puritan foes, whom he called “cruell Schismaticks.” It’s hard to know who got it worse between Standish and John Endecott, governor of the Massachusetts Bay Colony (Plymouth’s neighbor to the north): Endecott is known in the book as “Captaine Littleworth,” Standish as “Captaine Shrimp.” Even more radical than his belittling appellations were Morton’s subversive policy ideas, which went so far as to recommend “demartialising” the colonies. Unsurprisingly, the Puritans were appalled. Bradford, Plymouth’s governor, called New English Canaan “an infamous and scurrilous book against many god and chief men of the country, full of lies and slanders and fraught with profane calumnies against their names and persons and the ways of God.”

It’s likely that the book scandalized England as well. The book’s title page names Amsterdam as the place of publication rather than London—but that’s hard to believe, as that very Amsterdam publisher was in fact a well-known purveyor of Puritan books. Knol says that Amsterdam was likely listed as a lie to protect the actual publisher in London.

After publishing the book, Morton braved a venture back to his beloved Massachusetts, only to be turned right back around upon arrival. He tried to cross the Atlantic once again in 1643, and was this time exiled to Maine, where he died. His maypole may have been chopped down and his book banned, but Morton’s legacy lives on in Quincy, though sadly there’s no maypole in Merrymount Park.