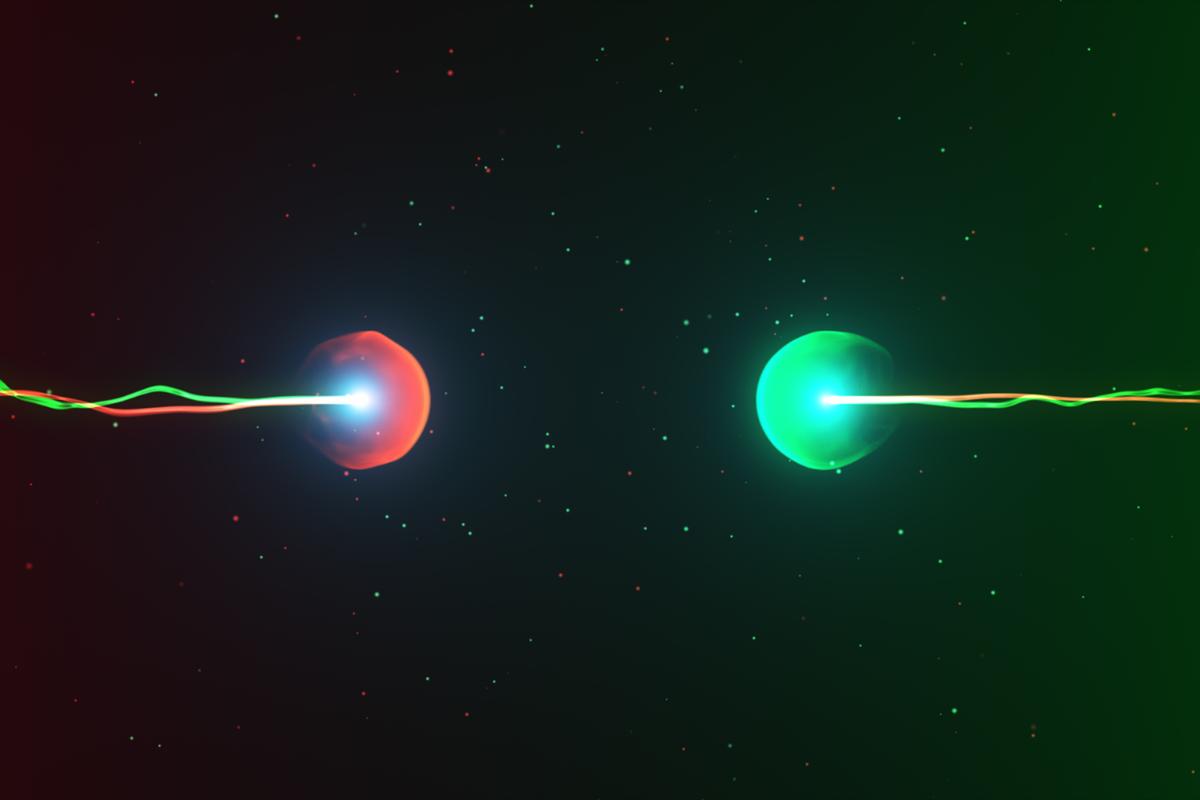 Two particles ready to collide into one another – artistic image.  FlashMovie/Depositphotos
–
By Michael Irving
–

This absolutely tiny find could have gigantic implications for the universe. According to the Standard Model of particle physics, the Big Bang should have produced matter and antimatter in equal amounts, and over time that all would have collided and annihilated, leaving the cosmos a very empty place. Obviously that didn’t happen, and somehow matter came to dominate, but what caused that imbalance?

One hypothesis that the new discovery raises is that particles like the charm meson will transition from antimatter to matter more often than they turn from matter to antimatter. Investigating whether that’s true – and if so, why – could be a major clue that busts open one of the biggest mysteries of science.

The study has been submitted to the journal Physical Review Letters, and is currently available on the preprint server arXiv.

Michael Irving
Michael has always been fascinated by space, technology, dinosaurs, and the weirder mysteries of the universe. With a Bachelor of Arts in Professional Writing and several years experience under his belt, he joined New Atlas as a staff writer in 2016.
–
6 comments
Sign in to post a comment.
Please keep comments to less than 150 words. No abusive material or spam will be published.
–
Joe June 9, 2021 05:16 AM
Maybe the decaying particle weight lose transition into the next state , balance the collision impact on both planes.
–
piperTom June 9, 2021 06:38 AM
Yes, I WAS triggered by that “.00000000000000000000000000000000000001” number; then I saw that it’s grams. Grams! How about giving it as 5E-3 EV? Five thousandths of an EV is still pretty small, but that description doesn’t make us count. And speaking of drama, it’s reported here that the mesons “normally …only travel a few millimeters before they decay into other particles.” That is what happened here. SO, is there missing mass? If so, then THAT is the big story. O’wise the story is that some VERY short lived particles are unbalanced. And I missed the connection to an over abundance of fermions, the type of particle that can persist for 13.8 billion years.
–
Tacky-on June 9, 2021 09:11 AM
It seems like if you build the accelerator, you will find it. Sort of the Field of Dreams approach to quantum physics. Endless reductionism to find whatever particle you need to make the math work.
At this point there is an old joke that seems to explain reality better.
Mind over matter. Doesn’t matter, never mind.
–
Ray6969 June 9, 2021 11:30 AM
I’ve worked with a few physicist in my career. Some from NASA, some from other accelerators, some from Fermi NAL in Batavia, Il. and even some that work on the LHC at Cern. Great guys but a little weird at times. 😉
–
Ron June 9, 2021 02:19 PM
Hopefully the Large Hadron Collider never has an Uh-Oh moment, I can appreciate the science but considering the past history of atomic research this sort of playing “God” with a great big powerful toy scares the hell out of me.
–
Lamar Havard June 9, 2021 06:26 PM
I was hoping the discoverer would’ve named it the Gideon particle.
–
Tweet