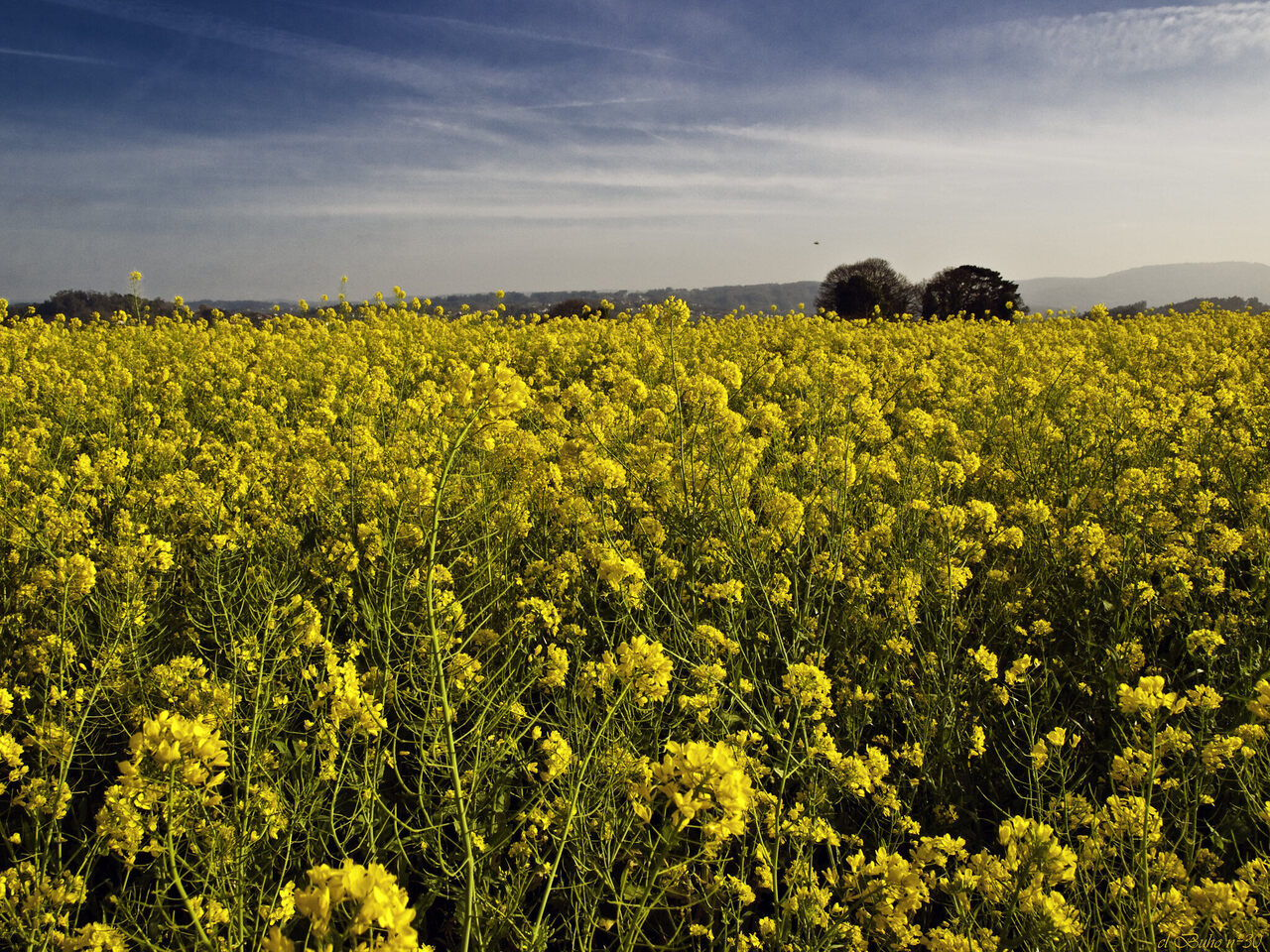 A field of northwestern Spain’s beloved grelos is just one of the many permutations of Brassica rapa. el Buho nº30, CC BY-SA 2.0/flickr
–
–
Earlier this month, Molecular Biology and Evolution published findings from an unprecedented study of B. rapa that pulled together genetic sequencing, environmental modeling, and the largest number of wild, feral, and cultivated samples ever collected. The team’s results are important for more than knowing the genealogy of your next stir-fry: The paper is a significant step forward in understanding how one of the planet’s most important agricultural species might weather climate change.
–
“This study is really great. I like the approaches they took, and the framework they placed it in,” says Nora Mitchell, a plant evolutionary biologist at the University of Wisconsin-Eau Claire. Mitchell, who was not involved in the research, studies hybridization and adaptive evolution. She says the new paper’s environmental modeling—reconstructing conditions under which B. rapa was adapted to different locations, as well as forecasting what changing conditions might mean for its future—makes the study particularly compelling. “The multipronged approach of understanding the genetics of these different groups, the wild sampling, and the environmental modeling makes the study really robust,” she says.
–
The work is a particular achievement when you consider both the diversity and global spread of B. rapa crops, wild relatives, and feral varieties that have escaped farmers’ fields, “taking over the world,” says Alex McAlvay, lead author of the study and a botanist at the New York Botanical Garden. Now, he says, B. rapa, in various forms, “grows from Alaska to Tierra del Fuego. They grow in Oceania, they grow from Spain to Japan. 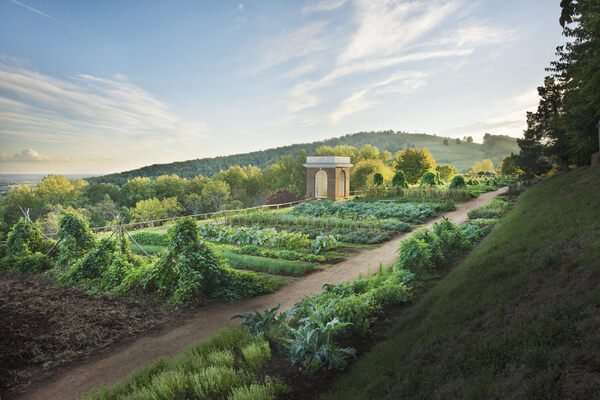 Restoring the grounds and its rare, heirloom crops recreated what was effectively the country’s first seed bank.
–
Read more
–

“You can go to San Diego, to the coast, and see wild Brassica rapa,” he adds. “But they’re not truly wild. They’re like the stray dogs that have escaped and formed their own pack in the woods.” B. rapa’s ability to survive as a feral plant worldwide had created a lot of uncertainty about its origins. Botanists often look to wild relatives of crops to help understand where the plants were first domesticated. But B. rapa is everywhere and, before the new research, distinguishing truly wild species from feral escapees was almost impossible.

“People had put forth Europe, East Asia, Central Asia, multiple origins,” says McAlvay. Some previous research, based partly on literary evidence, put B. rapa’s domestication date around 2,000 years ago, likely in Europe. “We have this bias of thinking that everything Greeks and Romans wrote about means they did it first, and at that time, and I am very tired of seeing that argument,” he says. A broader review of ancient texts from India and China turned up mentions of B. rapa crops going back nearly 3,000 years, McAlvay says, and his team’s genetic analysis of hundreds of samples pushed back the domestication start date even further, to somewhere between 4,000 and 6,000 years ago.

While genetic detective work is always a complex undertaking, McAlvay says he and his colleagues were particularly challenged by a “crazy mess” of genes that originated in the ancestor of both B. rapa and its close relative B. oleracea, another single species that provides multiple vegetables: broccoli, cauliflower, cabbage, kale, and more.

“One reason we think these species have this incredible diversity is that their ancestor had not only a duplication of their genome, but a triplication,” says botanist Makenzie Mabry, who coauthored the new paper while she was at the University of Missouri. While humans and many other organisms inherit a single set of chromosomes, one half from each parent, some plants inherit double sets. The Brassica ancestor had three sets that, says Mabry, left its descendants with “all that genomic space to do some really cool, wacky things with.” Lots of genes means lots of raw material for adaptability. Even in the wildly diverse plant world, Mabry adds, “people recognize Brassica as being a little ‘extra.’”

Humans took that potential for diversity and ran with it, say the botanists, who are also collaborating on upcoming research into B. oleracea’s domestication history. The story began most likely in a narrow, mountainous stretch of the Hindu Kush, encompassing parts of Pakistan, Afghanistan, and India, where the first crop to be domesticated was the turnip, says McAlvay, “which then spread east and west.”

“There’s an additional layer of weirdness,” on the road to domestication and diversification, adds McAlvay: Different cultures selected for certain traits in different parts of the plant. For example, we’re familiar with tomatoes in all colors, sizes, and flavor profiles, but they’re all the fruit of the plant Solanum lycopersicum. For B. rapa, however, “with turnip, you’re looking at the root, the underground stem of the plant. Tatsoi is the leaves. Broccoli rabe is the flowers,” says McAlvay.

“In China, people saw the same kind of raw material, the turnip, and they did something totally different than the Italians and Spanish did,” he adds, running down a list of water-rich bok choy, chunky turnips, bitter greens, jagged-leaf mizuna, and other B. rapa permutations worldwide.

“These crops have a lot to say about humans, and human history along the way. These things are found all throughout the world and, more than most crops, people are growing them in their backyards and having a close relationship with them,” says Mabry. That closeness often created a particular affection for the plant.

McAlvay shares a Galician saying he translated, from the region of northwestern Spain that’s home to three beloved B. rapa crops: turnips, grelos, and nabizas. “Turnips, turnip greens, and turnip flowers, the holy trinity of Galicians. They are three distinct people but only one true God,” says McAlvay. “Surprisingly blasphemous from such a Catholic area (where the Camino de Santiago ends), but just goes to show you how much they like their Brassica crops.”

Digging up B. rapa’s roots is more than an exercise in botanical history. Mitchell, who focuses on wild relatives of farm-favorite sunflowers—“one of just a few crops to have been originally domesticated in North America,” she notes—says people often ask her why knowing a plant’s origin story matters. “Food security is a big issue, especially global food security. And with Brassica having so many crops, not only vegetables but for oils as well, it’s really important to continue producing these crop species in the face of climate change, increased drought, and nutrient changes, as well as crop blights and crop diseases,” Mitchell explains. “It’s important to understand not only what happened in the past but how these plants might respond in the future, and to know what kind of genetic resources could increase diversity.”

McAlvay believes the paper’s findings on weedy, feral varieties may prove particularly significant for breeding better B. rapa crops in the future. “For most of recent history, people have dismissed the stray dogs of the plant world as not particularly useful,” he says. “But because they’re already adapted to really rough, tough environments, there’s some push, with the advent of gene editing, to be inspired by those turnips gone wild.”

–
–
Gastro Obscura covers the world’s most wondrous food and drink.
Sign up for our email, delivered twice a week.

What in the World Is Sea Snot?

Tattoos, Identity, and The Disturbing Fate of ‘Monsieur Bonheur’

Tons of Delicious Fruit in Los Angeles Is Going Uneaten

Before Antoine-Augustin Parmentier, the French considered the tuber disgusting and poisonous.
farms

The roof of one of the world’s largest spice markets provides a grand view over the neighborhood’s glorious bustle.
Kolkata, India

For just a few hours each morning, this market serves specialties from the city’s shrinking Chinese-Indian community.
Kolkata, India

This Jewish bakery, among the last in the region, sells legendary sweets from a century-old storefront.
–
Want to see fewer ads? Become a Member.
From Around the Web
Tweet