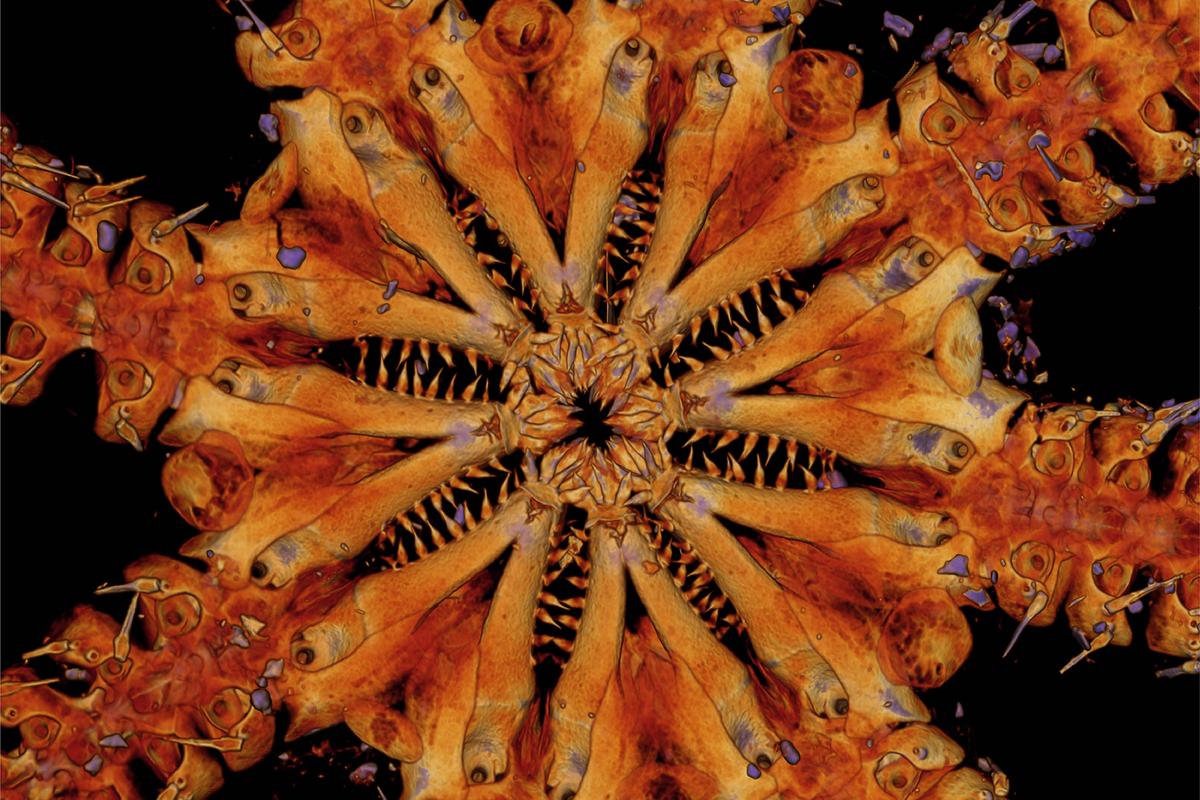 Ophiojura looks a bit like an elongated starfish, with eight arms measuring 10 cm (4 in) long that are covered in hooks and spines. They all meet in the middle in a terribly toothy grin comprising eight sets of jaws like some Lovecraftian nightmare.

The odd Ophiojura is not just a new species – it’s a new genus and a new family. Its closest living relatives are the brittle stars, which themselves are relatives of starfish, but “close” isn’t exactly the word we’d use. Genetic studies revealed that their last common ancestor lived about 180 million years ago, during the Jurassic period when dinosaurs were just reaching their prime.

Intriguingly, the researchers say they’ve also seen fossils from about that same period that look remarkably like the new species. The team says that this makes Ophiojura a “relic” species, which has persisted relatively untouched by evolution for millions of years. It may be the only, or at least one of very few, living species from a branch of life that was once widespread.

The team will embark on a new expedition in July and August to similar underwater mountains, largely unexplored, in the Indian Ocean, in hopes of finding similar relics.

The research was published in the journal Proceedings of the Royal Society B.

Source: Museums Victoria via The Conversation