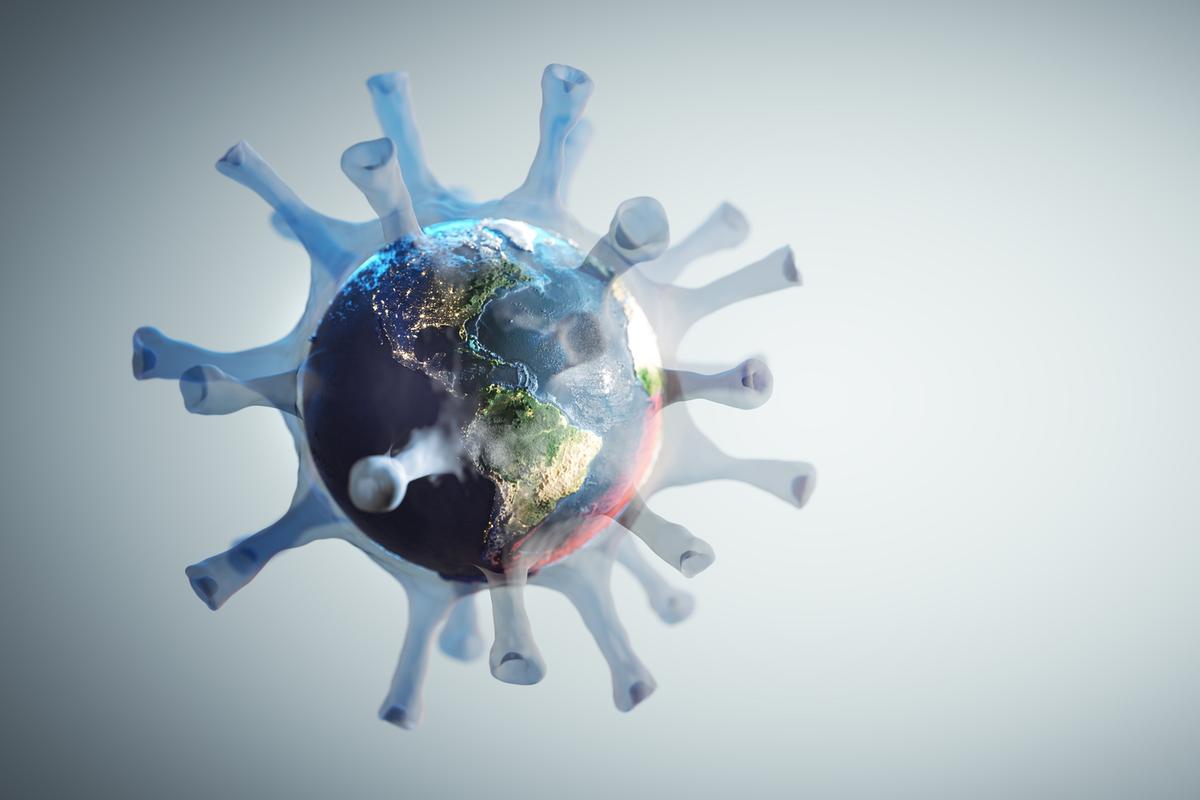 Researchers have found evidence suggesting a coronavirus epidemic struck East Asia around 20,000 years ago. Photocreo/Depositphotos
–
By Rich Haridy
2021 Jun 24
–
An incredible new study, published in the journal Current Biology, is presenting evidence to suggest a major coronavirus outbreak struck humans in East Asia around 20,000 years ago. The international team of scientists found distinctive genomic marks indicating local populations faced a long viral epidemic that only finally dissipated a few thousand years ago.
–
“The modern human genome contains evolutionary information tracing back tens of thousands of years, like studying the rings of a tree gives us insight into the conditions it experienced as it grew,” explains Kirill Alexandrov, co-author on the new research.

The researchers set out to investigate whether they could detect any genomic signs of ancient encounters with coronaviruses. To do this they homed in on gene variants known to code for virus-interacting proteins (VIPs) that interact with coronaviruses.

The genetic signals seemed to appear about 25,000 years ago, and the researchers say the evolutionary pressure on the genomes lasted for 20,000 years, until around 3,000 BCE, give or take a thousand years. Yassine Souilmi, a co-author on the study, says its unclear if it was just one specific coronavirus exerting this evolutionary pressure for so many years, or whether it was a series of different viruses.

“We really can’t tell if this was a periodic thing that occurred every winter like the flu, or slightly different viruses that jumped from animals to humans every five to 10 years like what happened in the past 20 years with SARS, MERS, and SARS-CoV-2,” says Souilmi.

At this stage the researchers can’t say for sure these genetic signs are definitely due to coronavirus exposure but they are confident these are indications this ancient human population faced some kind of long-standing viral infection.

Besides offering a fascinating glimpse into the battles our ancestors may have fought with viruses, battles that we still face today, the research helps modern scientists get a handle on the ways our genomes have adapted to coronaviruses in the past. Alexandrov says these kinds of studies can help researchers understand what gene variants potentially lead to milder disease.

“Another important offshoot of this research is the ability to identify viruses that have caused epidemic in the distant past and may do so in the future,” says Alexandrov. “This, in principle, enables us to compile a list of potentially dangerous viruses and then develop diagnostics, vaccines and drugs for the event of their return.”

The new study was published in the journal Current Biology.