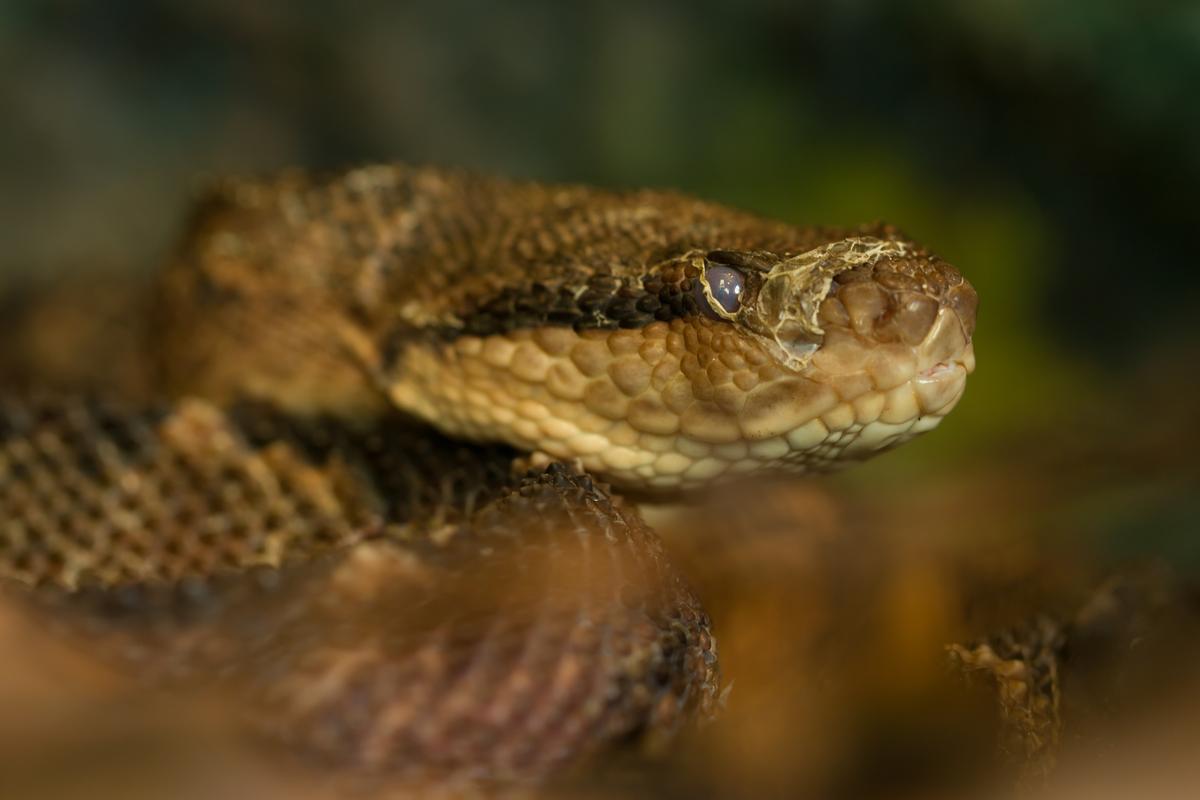 A new “super glue” uses enzymes from the venom of the lancehead snake to stop bleeding.  ammmit/Depositphotos
–
By Michael Irving

The active ingredient is batroxobin (also known as reptilase), a blood clotting enzyme from the venom of lancehead snakes. Scientists have long been using it to treat bleeding during surgery, and a few years ago it was mixed with a nanofiber hydrogel to make an injectable “bandage.”

For the new study, researchers at the Universities of Western Ontario, Manitoba and Shantou (in China) incorporated batroxobin into a modified gelatin to make a kind of surgical glue. Importantly it’s “blood-resistant,” so it won’t just wash off in the flow, and it seals up quickly when exposed to bright light. The idea is that it could be packaged into a small tube for first aid kits for emergency use.

“During trauma, injury and emergency bleeding, this ‘super glue’ can be applied by simply squeezing the tube and shining a visible light, such as a laser pointer, over it for few seconds,” says Kibret Mequanint, lead author of the study. “Even a smartphone flashlight will do the job.”

The team tested the concoction in rats with deep skin cuts, ruptured aortae, and liver injuries, and were able to close up the wounds within 45 seconds, reducing blood loss by around 78 percent. The adhesive strength is apparently 10 times stronger than fibrin glue, which is currently in wide use.

The researchers say that this could be used during surgery instead of requiring sutures, or packaged into a small tube for first aid kits, used by first responders and soldiers. But of course, there’s still plenty more work to be done before that can come to pass.