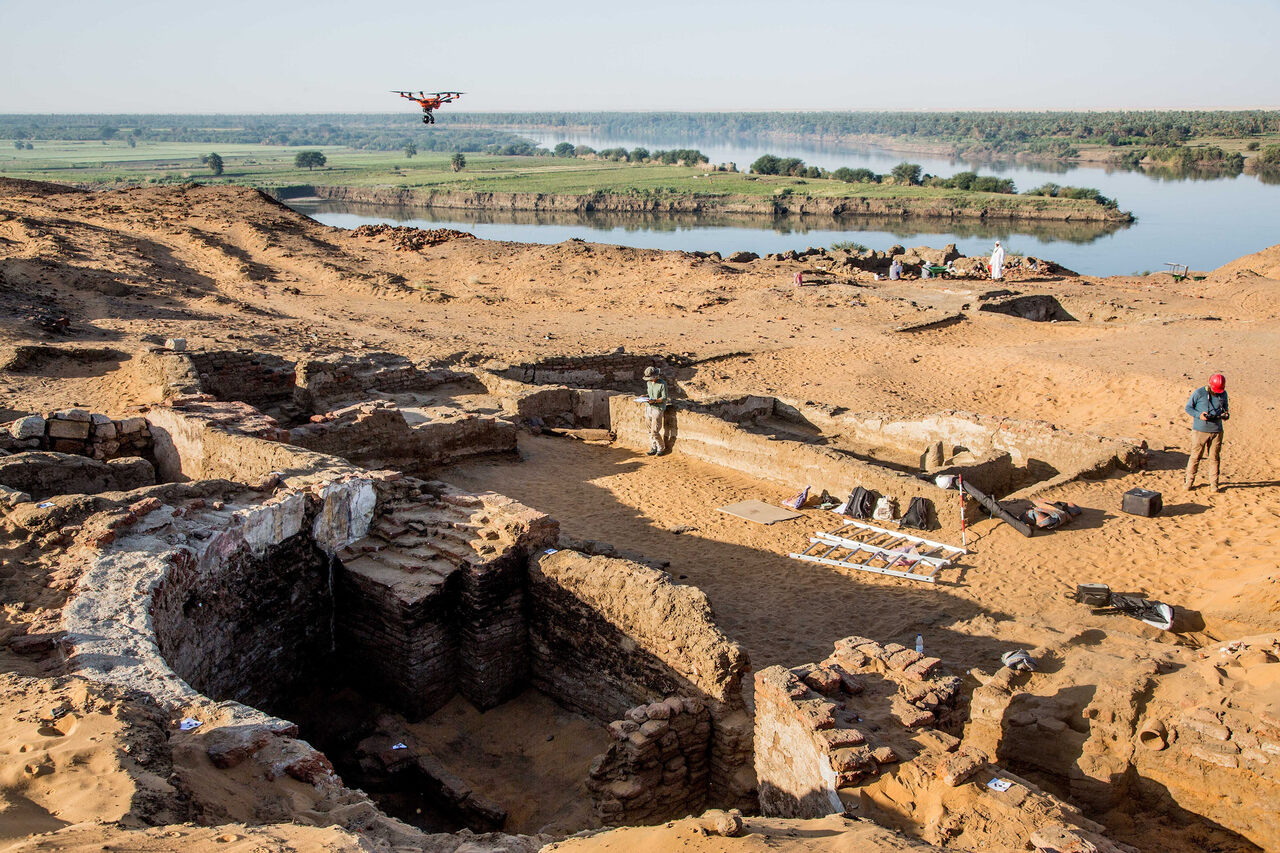 The excavation site, on the eastern bank of the Nile. Courtesy Artur Obłuski, Polish Center of Mediterranean Archaeology, University of Warsaw.
–

Archaeologists from the University of Warsaw’s Polish Center of Mediterranean Archaeology (PCMA) believe they have found two walls of the church’s apse, painted portraits of the Twelve Apostles, and the domed covering of a tomb. Artur Obłuski, director of the PCMA, told The Art Newspaper that the tomb could be the resting place of a powerful archbishop from Nubia’s Christian period, which ran approximately from the 6th century to the 14th century. That theory is based on the layout of another ancient church found in Sudan in the 1960s, just west of a bishop’s domed tomb.

Though more than 90 percent of Sudan’s population today practices Islam, the former Kingdom of Makuria emerged as a Christian stronghold in the 8th century. Makuria had its capital at Dongola, on the Nile in modern Sudan, where Polish archaeologists have been digging since 1964. The city’s Throne Hall, a royal building that was converted into a mosque when the kingdom fell, is perhaps the most prominent structure standing there from the Makurian period, alongside later Muslim domed tombs.

Obłuski said that his team had not expected to find a cathedral in the city’s ancient citadel, but instead some kind of town square. In the 1960s, a church had been discovered outside of Dongola’s walls and was presumed to be the ancient capital’s primary place of worship. The new find calls that presumption into question—and suggests there may have been a bigger, more dramatic one right in the middle of the city.

Cultural Heritage Is Caught Up in the Conflict Over Nagorno-Karabakh 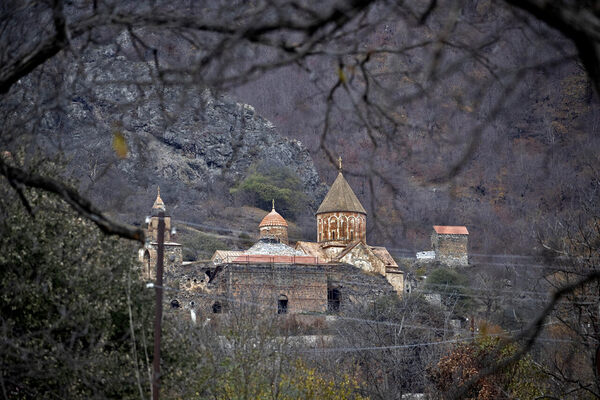 A priest fights to defend an ancient monastery after a quick, decisive war.
Read more

Salim Faraji, a scholar of medieval Nubia at California State University, Domínguez Hills, wrote in an email that the discovery “is not surprising at all considering that Old Dongola was the seat of a powerful Christian kingdom in Medieval Nubia that conducted foreign diplomacy with Muslim Egypt, Byzantium, and the Holy Roman Empire. The archaeological find further confirms the very important role of the Kingdom of Makuria and its imperial and ecclesiastical center Old Dongola.” Illustrating Makuria’s strength, Faraji explains that the kingdom carried out a victorious military siege on (what is now) Cairo in the 8th century, and joined Christian European forces as allies during the Crusades in the 12th century.

Obłuski echoed those sentiments, explaining in an email that Makuria was “a fairy tale kingdom” but is now a “forgotten one,” and thus fertile ground for archaeological research. The kingdom, he writes, “stopped advances of Islam in Africa for several hundred years” even as those forces “conquered half of the Byzantine Empire.” At its peak, he writes, the kingdom was the size of Spain and France combined, and Old Dongola was the size of medieval Paris.* Further research is required to confirm whether the new discovery is indeed a cathedral—but no matter what emerges, it brings us one step closer to the kingdom of Makuria, and a history that shouldn’t need to be dug up.

* Correction: This story initially compared Old Dongola with modern Paris, when it was actually comparable to medieval Paris.

Scientists Accidentally Discovered Strange Creatures Under Half a Mile of Ice

Why Are Almond Growers Uprooting Their Orchards?

The Tragic Life and Global Legacy of the Last Hawaiian Princess

In Cape Cod’s ‘Sharky’ Waters, Humans Learn to Coexist with an Apex Predator

The First Baptist Church was a spiritual home for free and enslaved African Americans.

Found: The Wreck of a Ship That Carried Enslaved Maya from México to Cuba

This slave trade is well known to historians, but this is the first known wreck from it.

The Death Site of John Laurens, Friend to Alexander Hamilton, Was a Mystery—Until Now

The 18th-century soldier, statesman, and abolitionist was also a character in the hit musical ‘Hamilton.’

Want to see fewer ads? Become a Member.
From Around the Web
Tweet