For too long we’ve been shortsighted, mistaking our cleverness for wisdom. Now, it’s time for politics to take a longer view. 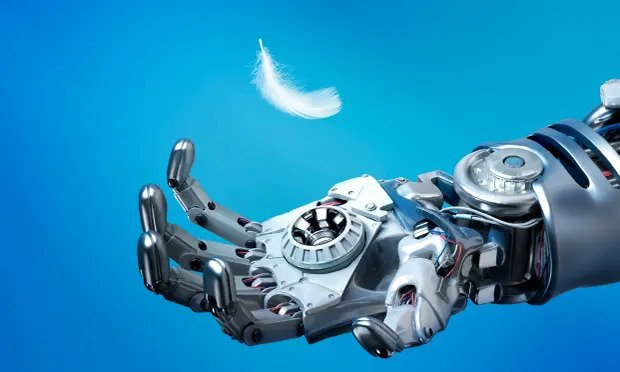 ‘The future depends on what you do today,’ Gandhi cautioned us.’ Photograph: Paper Boat Creative/Getty Images

–
By Kim Heacox
2021 Aug 27
–
Shortly before he died in 2007, the celebrated American novelist, iconoclast and second world war veteran Kurt Vonnegut gave a final interview. “My country is in ruins,” he said. “I’m a fish in a poisoned fishbowl.” Vonnegut was 84, and sounded razor sharp as he spoke about inequality and political shortsightedness, adding that in the history of the United States “one thing that no cabinet has ever had is a Secretary of the Future, and there are no plans at all for my children and grandchildren.”

“Why should I care about future generations?” asked the comedian Groucho Marx. “What have they ever done for me?”

The future is all downstream. Marty McFly and Doc Brown took us on a great ride in the hit movie Back to the Future, using their flux capacitor and flying DeLorean. But time goes only one way, and money can’t buy it.

Gratitude, on the other hand, goes in a circle. “In a culture of gratitude,” writes Robin Wall Kimmerer in her bestselling book Braiding Sweetgrass, “everyone knows that gifts will follow the circle of reciprocity and flow back to you again.” An enrolled member of the Citizen Potawatomi Nation, Kimmerer adds that “both the honor of giving and the humility of receiving are necessary halves of the equation.”

This, then, should be our task. To put the intergenerational We above today’s Me, and create community through generosity. To write a Declaration of Interdependence that reminds us to care for each other, to listen; to elect leaders who are motivated by empathy, honesty, science, wisdom and truth, not by power and greed. No more conspiracy theories. Nor more shortsightedness. No more fossil fuel subsidies. No more trillion-dollar, unwinnable wars.

“The Department of the Future would set in motion a realignment of priorities in all aspects of society,” proposes geology professor Marcia Bjornerud in her compelling book Timefulness. “Resource conservation would again become a core value and patriotic virtue. Tax incentives and subsidies would be rebalanced to reward long-term stewardship over short-term exploitation.”

Every year, the Global Footprint Network calculates the number of days when humanity’s demand for ecological resources and services exceeds what the Earth can regenerate in a year. In 2021, “Earth Overshoot Day” came on 29 July, meaning we’re on track to consume 1.6 Earths rather than have a sustainable one. Last year, in the midst of a pandemic, it came on 22 August, three weeks later than 2019, proving we can reduce our global carbon footprint and ecological burden. Back in the 1970s, Earth Overshoot Day fell in December, when we lived largely within our means and didn’t rob the future.

By encouraging higher education and imposing sensible regulations, a Department of the Future would help to incentivize a deeper morality than greed and a preoccupation with Now. Composed of scientists, humanists, historians and Indigenous elders, it would beckon us to climb a higher peak than the Mountain of More. It would end, or at least mitigate, what the author and activist Naomi Klein calls the “intergenerational theft” of anthropogenic climate change, and in its place blueprint a green energy revolution and regeneration that makes fossil fuels obsolete.

It’s not without precedent.

Some 300 years ago, the Iroquois required their leaders to take into account how their actions would affect “the unborn of the future Nation”. This “seventh generation rule” looked equally far into the past as it did into the future, from one’s great-grandparents to one’s great-grandchildren – a roughly 150-year perspective.

For too long we’ve been shortsighted, and mistaken our cleverness for wisdom. As such, many of our solutions have later become vexing problems: non-biodegradable microfibers ingested by fish everywhere in our oceans, plastics filling the stomachs of sea turtles and whales that starve to death, lead-based paints and other compounds that sicken and kill children, cancerous “forever chemicals” in our ground water, sunscreens that bleach coral reefs. All were regarded as wondrous until time gave us clarity and cause for alarm, and changed the equation.

The UN secretary general, António Guterres, calls the latest report from the Intergovernmental Panel on Climate Change (IPCC) a “code red for humanity”. The main culprit: our addiction to fossil fuels.

This is why President Biden, facing severe threats to our democracy and our livable Earth, must do what’s never been done. He must look deeper into the past and clearer into the future than any president ever has. He must summon the lessons of history and the progress paradox, listen to science, create jobs (so far so good) and improve the lives of as many Americans as possible. How? By employing wisdom, science, decency, hope and truth. And more than a little grit.

“The future depends on what you do today,” Gandhi cautioned us. By taking a hard look at our troubled past, and learning from it, we can create a Department of the Future that will help us to achieve the long view; to become better caretakers of our democracy, our planet and our great-grandchildren’s tomorrows.

The future is out there, looking back, asking us – begging us – to see beyond ourselves.
–
–
–