We need a way out. We need a way up. That’s why I – and so many others – have jumped into cryptocurrency with both feet. 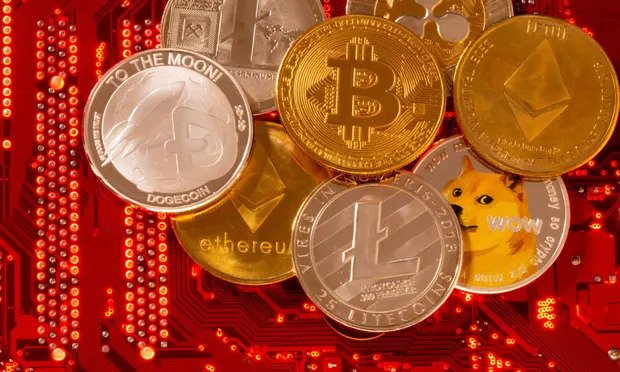 ‘Every gain is a win for decentralization and every loss a reminder that crypto is a gamble, just like the stock market.’ Photograph: Dado Ruvić/Reuters
–

By Rohit Thawani
Last modified on 2021 Nov 23
–
I must begin this article by stating that the information I’m providing is not financial advice. I think I legally have to say that because I heard it on a podcast or whatever, I really don’t know. But, if you’re taking crypto advice from me, that might be your first problem.
–
It all started with a missed shot.
– 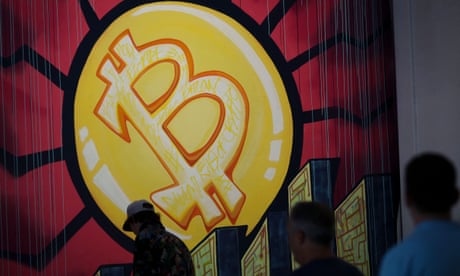 Let’s go back to 2004, when I invested my $5,000 life savings into Apple, a company I truly believed in. It was my first stock purchase, and the first grown-up thing I did for my future immediately after graduating college. Unfortunately, life quickly became expensive. Within three years of my initial purchase, I was forced to sell all of my Apple shares because bills, housing and beginning a new life in NYC on a $29,000 salary didn’t come cheap.

I’ve been waking up to them for almost 15 years now, near-panic attacks about the biggest mistake I’ve ever made. That $5,000 investment from 2004 would be about $1.8m sitting in my account today. Instead, I’m about to turn 40, my partner and I are still renters, and both she and I are paying off loans. Compared with most of my peers, we’re somehow among the lucky ones.

The point of this editorial isn’t to mope about my lost gains. It’s about our collective hopelessness. The dollar is becoming worthless and the class struggle is intensifying. The typical homebuyer is nearly twice as old now as they were in 1981. When adjusted for inflation, our parents would have paid 1/10th of what we would now to buy a home. Rental prices are rising at four times the speed of inflation. The cost of a higher education required for most high-paying jobs is 17 times that of what our parents paid. When we retire our social security checks will be a fraction of the minimum wage. The snowball rolling down the mountain to flatten us continues to grow wider and faster.

Many of you have lived through your very own version of my Apple nightmare, watching the waters of prosperity trickle through cupped hands. I never want to let that happen again. And unless we can get in early on the next Amazon, Tesla or Google stock, it looks like we’ll never be able to afford our future. This is why I ventured into cryptocurrency.

If you couldn’t tell by now, I’m somewhat ignorant of the financial world. Sure I’ve got a 401k through work and assembled a tiny online portfolio of companies I personally believe in, but I don’t really know how it all works. I just put money in and pray that it becomes more money in the future.

I’m almost as ignorant about crypto.

My first jump into the cryptocurrency world came with bitcoin in early 2018, after my now technically wealthy friends had been going on about it for years. I decided to take the plunge by opening a Coinbase account and buying a fraction of one bitcoin when it cost about $11,000-12,000 a coin. I let it sit and, two years later, the price of a bitcoin hit $40,000. A year after that, $60,000.

I could feel it happening again …

Was this my shot at redemption? A chance to secure my bag? Even though I got in late to bitcoin, I was early enough to see my investment go up six times. It wasn’t the 3,600 times that Apple would have been, but it was a start.

At that point I decided: I’m all in. Crypto will save us. I asked those same crypto-rich friends about what would be the next big coin, and blindly bought a little of every single one they recommended.

My retirement scheme was actually coming to fruition. Could I continue this hot streak?

Next, I sought to get in even earlier with more up-and-coming crypto, because that’s apparently how you see parabolic growth. I succumbed to buying more meme tokens, aka “shitcoin”. This required learning a very “simple” 13-step process between my bank, crypto trading platform, digital wallet and some shady-looking websites that swap real crypto like bitcoin and ethereum for your desired crap crypto.

I’ve lost nearly everything I put into those speculative meme coins. Meme coin scams exist purely because people like me exist.

Let me plainly state: cryptocurrency isn’t intended to be stocks bought and sold for retirement planning. The true promise of secure, decentralized currencies is that they’re free from the grasp of government and those they collude with to ensure the house always comes out on top: Wall Street, hedge funds and trading platforms like Robinhood. As long as we the people continue losing, our elected criminals have convenient problems they can promise to solve during their campaigns.

Cryptocurrency is our chance to rage against that machine.

This promise of decentralization can feel like an unobtainable utopia. When discussing with a friend, she noted that most of what we’ve seen thus far has been less decentralization, and more a shift of power from one group of elites to another: the executive class to the technology class. Those people with the insane rigs mining blockchain transactions since the early days are sitting on their piles of digital gold. But that’s OK because there’s more than enough scraps for us to pick up along the way.

My entire cryptocurrency portfolio is in the red except for bitcoin, ethereum and doge. I harbor no ill will towards SafeMoon, CluCoin, Muskets and all the other dumb meme tokens I fell for. A few hundred dollars here and a few hundred there could very well be a winning lottery ticket in some years’ time. Or it could all be money burned on scam coins.

Every gain is a win for decentralization and every loss a healthy reminder that crypto is a gamble, just like the stock market. The real trophy is this: we don’t need to look solely to the establishment to game our future. The establishment is looking to us. Russia banned payments made with cryptocurrency, China has banned it altogether and here in the US, there’s talk of an official digital currency to compete with the dollar. Just this week the Staples Center in Los Angeles was renamed the Crypto.com Arena.

Everyone, legacy institutions included, is looking to cryptocurrency to build their futures. Unlike before, we’re getting a better head start. Let’s just hope we don’t sell too soon.