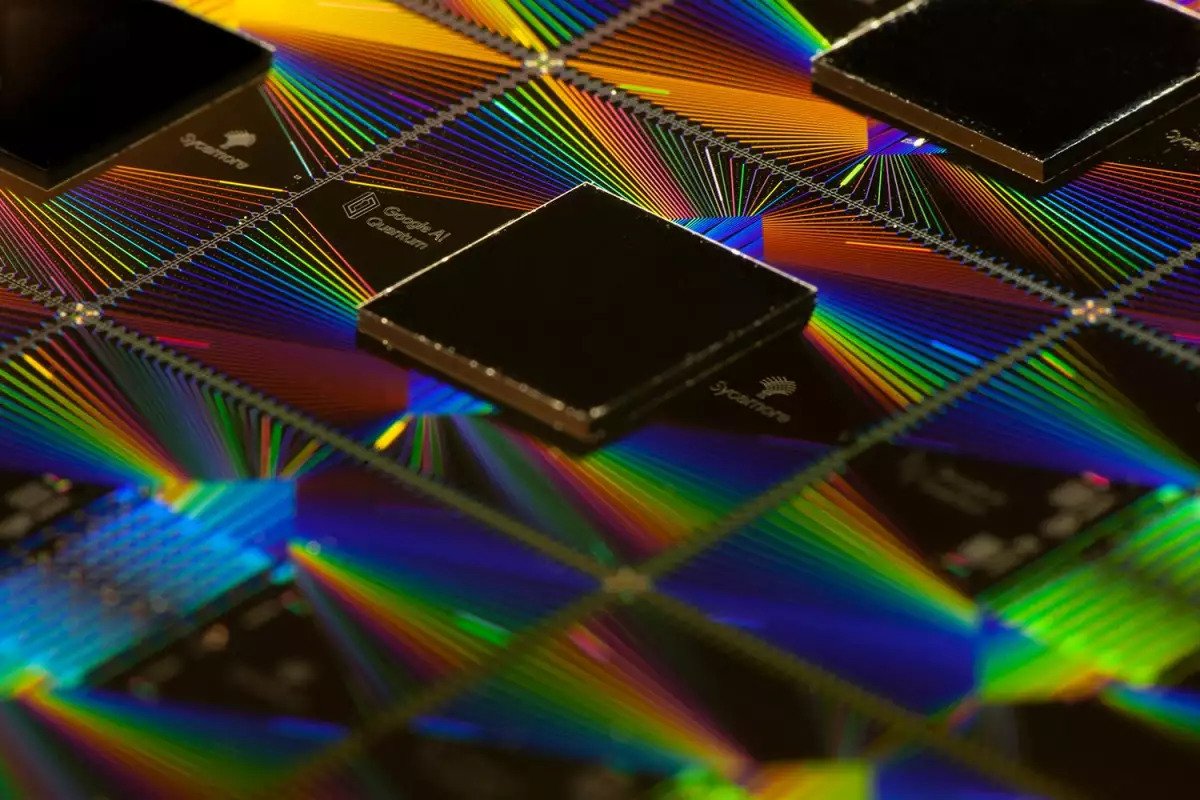 A team of scientists has created a strange phase of matter called a time crystal in Google’s Sycamore quantum processor.  Google Quantum AI
–

Regular crystals are characterized by a highly ordered structure of atoms in a repeating pattern. So if those atoms repeat through space, could other crystals exist with a pattern that repeats through time instead? And what might that look like? In 2012, Nobel Laureate Frank Wilczek hypothesized that these so-called time crystals could exist, and by 2016 they had been experimentally created in the lab. Later studies found them in a children’s crystal-growing kit, and observed them interacting with each other.

In a time crystal, the atoms exhibit motion in a pattern that repeats periodically – so, for example, their spins flip up and down in a predictable ticking motion. But where it gets weird is that this rhythm doesn’t follow the frequency of the force that kicked it off, and in a perfect system the atoms will keep on ticking forever without any further input.

A common analogy is the world’s weirdest bowl of gelatin. Normally if you tapped the stuff, you’d expect it to jiggle for a few seconds, then stop, until you tapped it again. What you wouldn’t expect is for it to spend eternity alternating between jiggling and not jiggling, after just two taps – but that’s what a time crystal does.

This may sound like a paradox that edges a bit too close to a perpetual motion machine, but time crystals technically don’t break the laws of thermodynamics. Energy is conserved in the system as a whole, and entropy (a measure of disorder) doesn’t decrease but stays constant.

Now, researchers have demonstrated a time crystal in Google’s quantum processor, Sycamore. The team zapped a lattice of 20 qubits – quantum bits of information – with a laser, to kickstart the “ticking.” Then, the qubits would only flip their spins once for every two laser pulses, breaking time translation symmetry and creating a time crystal. Importantly, the team says it was the first time crystal to exhibit “many-body localization,” a phenomenon that keeps them stable.

In this particular experiment, the scientists were only able to observe the system for a few hundred cycles, but they say they were able to validate the long-term stability of the time crystals using simulations run by the quantum computer itself.

“We managed to use the versatility of the quantum computer to help us analyze its own limitations,” says Roderich Moessner, co-author of the study. “It essentially told us how to correct for its own errors, so that the fingerprint of ideal time-crystalline behavior could be ascertained from finite time observations.”