Someone first stole the deck boards and then came back for the rest of the structure, leaving police baffled. 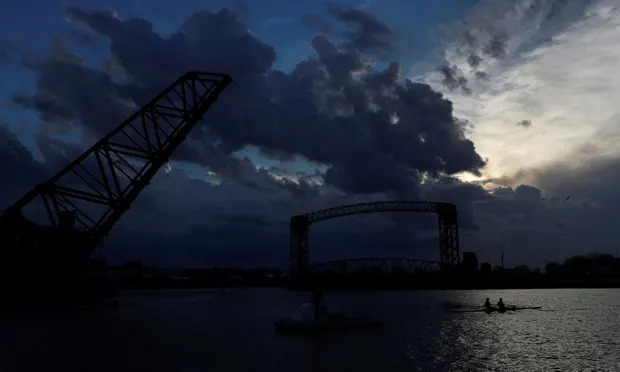 The Cuyahoga river in Ohio. The pedestrian bridge used to span the river in a park in Akron. Photograph: Shannon Stapleton/Reuters
–

By Gloria Oladipo  @gaoladipo
Last modified on 2021 Dec 16
–
Police in Akron, Ohio, are hunting brazen thieves who have stolen an entire 58ft-long bridge.
–
The pedestrian bridge used to span the Cuyahoga River in a park in the city, but had been removed as part of a wetlands restoration project and stored in a nearby field.
–

Unfortunately, while there, it caught the eye of someone who first stole its deck boards and then came back for the rest of the structure, leaving police baffled as to why anyone would steal an entire bridge – and what they would do with it.
–
“It could be used for a variety of different things, to include as simple as landscaping or they could use it for some other engineering project, some other large scale project,” police officer Lt Mike Miller told a local TV station.
–
Police have appealed to the local community for help.
–
– 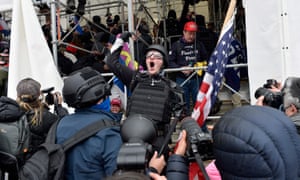