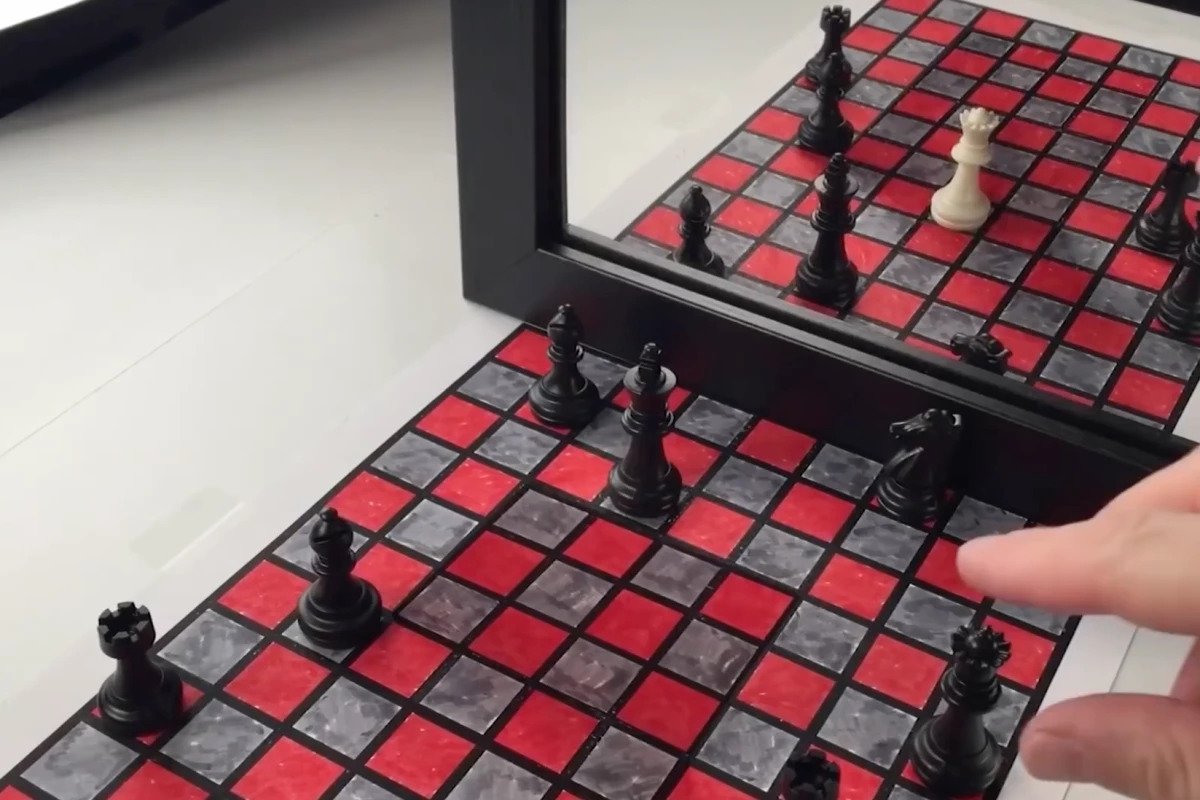 The annual illusion contest is run by the Neural Correlate Society, an organization devoted to promoting awareness of the science behind perception and cognition. For 17 years the annual contest has consistently delivered an assortment of compelling illusions, frequently underpinned by fascinating scientific principles.

This year’s winner, from UK scientist and magician Matt Pritchard, is a unique example of an anamorphic illusion. These are illusions that present a viewer with an image that appears distorted until it is looked at from a specific perspective.

In this instance, Pritchard’s incredible winning illusion uses a mirror to produce a complex dual-sided anamorphic illusion. This allows Pritchard to create a magical moment where a queen on a chessboard seems to appear out of nowhere in the mirror’s reflection.

The second-prize winner is an extraordinarily simple illusion from Michael Cohen, a cognitive scientist at MIT and Amherst College. Cohen describes the illusion as an example of a phenomenon called “gradual change blindness.”

“While trying to prepare a novel example of this phenomenon for students, I realized that I could change dozens of items without observers noticing,” Cohen explains. “Overall, this illusion highlights how people may actually perceive and remember far more of the world around them than they intuitively realize.”

Third place went to cognitive scientist Brent Strickland and his PhD student Dawei Bai. Called The Double Ring Illusion, the trick highlights how our visual system is fundamentally governed by our understanding of physical laws. Despite performing exactly the same motion, the rings appear to rotate differently depending on their positioning.

Check out some more highlights from this year’s impressive top 10 illusions, including a box that is not as ordinary as it initially seems, a wonderful example of how our visual system uses motion to perceive complexity, and an amusing slime-based demonstration of the way our perception can distort sensations of the body.

Take a look at more incredible illusions from previous years with highlights from the 2020, 2019 and 2018 contests.

Source: Illusion of the Year