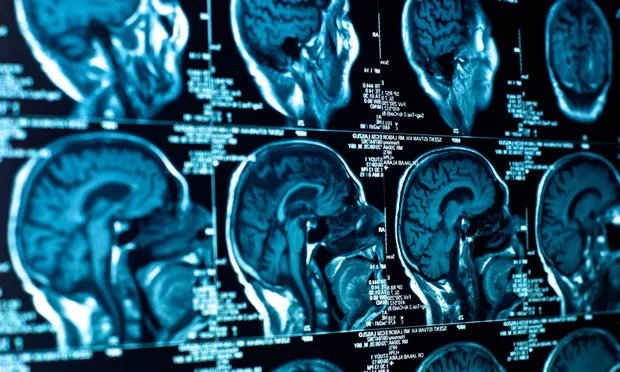 By Leyland Cecco
Last modified on 2022 Jan 03
–
A whistleblower in the Canadian province of New Brunswick has warned that a progressive neurological illness that has baffled experts for more than two years appears to be affecting a growing number of young people and causing swift cognitive decline among some of the afflicted.

Speaking to the Guardian, an employee with Vitalité Health Network, one of the province’s two health authorities, said that suspected cases are growing in number and that young adults with no prior health triggers are developing a catalog of troubling symptoms, including rapid weight loss, insomnia, hallucinations, difficulty thinking and limited mobility.

The official number of cases under investigation, 48, remains unchanged since it was first announced in early spring 2021. But multiple sources say the cluster could now be as many as 150 people, with a backlog of cases involving young people still requiring further assessment.

“I’m truly concerned about these cases because they seem to evolve so fast,” said the source. “I’m worried for them and we owe them some kind of explanation.”

At the same time, at least nine cases have been recorded in which two people in close contact – but without genetic links – have developed symptoms, suggesting that environmental factors may be involved.

The Vitalité employee, who asked not to be named because they were not authorized to speak publicly and feared repercussions for speaking out, said they decided to come forward because of growing concerns over the speed with which young people have deteriorated.

“This is not a New Brunswick disease,” said the employee. “We’re probably the area that is raising the flag because we’re mostly rural and in an area where people might have more exposure to environmental factors.”

But in January, the province of New Brunswick is widely expected to announce that the cluster of cases, first made public last year after a memo was leaked to the media, is the result of misdiagnoses, which have mistakenly grouped unrelated illnesses together.

The Special Neurodegenerative Disorder Clinic, also called the Mind Clinic, in the city of Moncton is the clearing house for cases referred from within the region as well as neighbouring provinces. Prospective cases have typically stumped doctors and resisted a battery of standardized neurological tests used to rule out certain conditions.

Using a case description guideline developed by a team of neurologists and epidemiologists, the clinic decides if the patients warrant further investigation or if they may have a known illness or disease. Determining who becomes part of the cluster is subjective, largely because the brain is notoriously difficult to study. Certainty is often only obtained after the patient dies and the cerebral tissue can be fully tested.

Despite the striking details surrounding the newer cases, the province has worked to tamp down fears. In October, officials suggested that the eight fatal cases were the result of misdiagnosis, arguing that instead of suffering from a shared neurological illness, the victims had died of known and unrelated pathologies.

But experts familiar with the cluster are alarmed, largely because of the age of the patients. Neurological illnesses are rare in young people.

“The fact that we have a younger spectrum of patients here argues very strongly against what appears to be the preferred position of the government of New Brunswick – that the cases in this cluster are being mistakenly lumped together,” said a scientist at the Canadian public health agency, who specializes in neurodegenerative illnesses but was unauthorized to speak.

In October the province also said an epidemiological report suggested there was no significant evidence of any known food, behaviour or environmental exposure that could explain the illness.

Tim Beatty’s father Laurie, a retired hardware employee, died in 2019 after the onset of mental confusion around Christmas marked the beginning of his rapid deterioration.

Beatty says the family was “gobsmacked” when he learned his father was one of eight people a pathologist controversially declared was improperly diagnosed and had instead died of Alzheimer’s.

Beatty and his sister have pleaded to have their father’s remains tested for neurotoxins, including β-Methylamino-L-alanine (BMAA), which some have suggested could be the culprit behind the illness.

In one study, high concentrations of BMAA were found in lobster, an industry that drives the economies of many of New Brunswick’s coastal communities. The province’s apparent resistance to testing for suspected environmental factors has led to speculation among families that the efforts to rule out the existence of a cluster could be motivated by political decision making.

“If a group of people wanted to breed conspiracy theorists, then our government has done a wonderful job at promoting it,” said Beatty. “Are they just trying to create a narrative for the public that they hope we’ll absorb and walk away from? I just don’t understand it.”

Documents obtained through freedom of information requests and seen by the Guardian showed scientists at the country’s public health agency were considering BMAA as a possible cause, but needed the province to order the testing.

“I don’t know why the province wouldn’t just simply do the science and look. They have my dad’s remains. We’ve given them full permission to do toxicology and do what needs to be done,” said Beatty. “Yet, nothing has been looked at.”

But experts nonetheless warn that testing itself is also more difficult than the public realizes.

While some medical tests can provide quick and definite results other types of investigation require far more work.

“What people are talking about really amounts to a full research investigation, because then we know what we’re looking for precisely,” said the federal scientist who was familiar with both the cluster and the testing process. “Right now we don’t have a way to interpret simple data that you might get when testing a person’s brain tissue for a particular toxin. For example, how much are ‘elevated’ levels of a neurotoxin compared to the rest of the public? And when does that become a cause for concern?”

The scientist said teams are ready to begin the research, but “New Brunswick has specifically told us not to go forward with that work”.

Those familiar with the cluster are bracing for a January report, written by the province’s oversight committee, which will determine if the 48 cases are genuinely suffering from a neurological illness or the result of misdiagnosis by neurologists.

Amid mounting tension between specialists and the provincial government, a source familiar with the Mind Clinic say the postings for several jobs at the clinic – a social worker, an administrator and a neuropsychologist – were recently made temporary, the budget would no longer be recurrent and the clinic would be converted into a Alzheimer’s and geriatric clinic. Health minister Dorothy Shephard told reporters on 1 December that speculation the clinic would be shut down was untrue.

“We keep telling the patients that the country is behind them, and that the tests will be done so that we can figure this out. We tell them we will get to the bottom of this so that we can help them,” said the Vitalité employee. “And so far, that hasn’t happened. But they need us.”

With help from our readers, we beat our year-end fundraising goal! We raised more than $1.25m to fund our reporting in 2022. It will be a year with many challenges – among them an erosion of democratic norms, an escalating climate emergency and corrosive racial inequality. It’s not too late to give – your support will help us cover these and the many other pressing issues facing America in this new year.
–
For 10 years, the Guardian US has brought an international lens with a focus on justice to its coverage of America. Globally, more than 1.5 million readers, from 180 countries, have recently taken the step to support the Guardian financially – keeping us open to all, and fiercely independent. We couldn’t do this without readers like you.
–
With no shareholders or billionaire owner, we can set our own agenda and provide trustworthy journalism that’s free from commercial and political influence, offering a counterweight to the spread of misinformation. When it’s never mattered more, we can investigate and challenge without fear or favor. It is reader support that makes our high-impact journalism possible and gives us the emotional support and motor energy to keep doing journalism that matters.
–
Unlike many others, Guardian journalism is available for everyone to read, regardless of what they can afford to pay. We do this because we believe in information equality.
–
We aim to offer readers a comprehensive, international perspective on critical events shaping our world. We are committed to upholding our reputation for urgent, powerful reporting on the climate emergency, and made the decision to reject advertising from fossil fuel companies, divest from the oil and gas industries, and set a course to achieve net zero emissions by 2030.
–
Every contribution, however big or small, powers our journalism and sustains our future. Support the Guardian from as little as $1 – it only takes a minute. Thank you, and happy new year.