The woman who managed weapons on the film set where a gun carried by Alec Baldwin was accidentally discharged, killing Halyna Hutchins, has said boxes of dummy rounds contained live bullets. 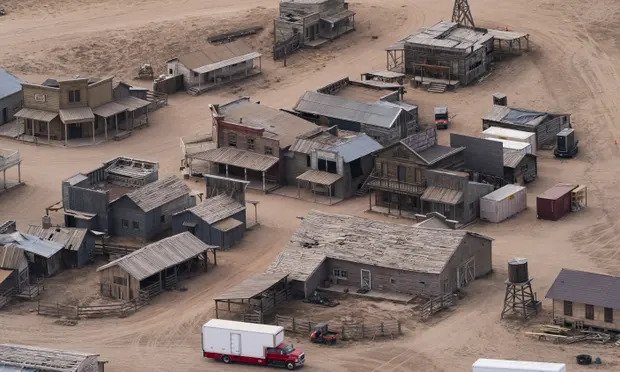 Hannah Gutiérrez-Reed, who managed weapons and ammunition on the set of Rust, the western which saw live ammunition from the gun carried by lead actor and producer Alec Baldwin accidentally hit the film’s cinematographer and director, has filed a lawsuit against the supplier of guns and bullets.
–
The lawsuit, against Seth Kenney and his company, PDQ Arm & Prop, alleges that boxes marked as inert dummy rounds actually included live bullets.
–

“Hannah and the entire Rust movie crew relied on the defendants’ misrepresentation that they provided only dummy ammunition,” according to documents in the suit filed in state court in New Mexico.

It was on 21 October that the gun carried by Baldwin discharged during rehearsals for a scene. The bullet killed the film’s cinematographer Halyna Hutchins and wounded its director, Joel Souza.

According to the lawsuit, Kenney had worked with Gutiérrez-Reed’s father, Thell Reed, who is a prominent Hollywood armorer, around a month before the Rust shoot began, on a different movie set in Texas.

Kenney had asked Reed to help train actors to shoot live rounds at a firing range off-set, the lawsuit says. It continues by alleging that Kenney took live rounds from this training, some of which may have ended up on the Rust set.

In November, Kenney told Good Morning America he was confident this wasn’t the case.

“It is not a possibility that they came from PDQ or from myself personally,” he said, adding that dummy rounds from his company are individually “rattle tested” before dispatch – dummy rounds rattle; live rounds do not.

The new lawsuit details Gutiérrez-Reed’s actions on set, handing the gun to Baldwin. “Hannah remembered the chamber that she believed needed to be cleaned in Baldwin’s gun and she cleaned it and then Hannah pulled another round from the dummy box, shook it, and placed it in the chamber. To the best of Hannah’s knowledge, the gun was now loaded with six dummy rounds.”

Gutiérrez-Reed, 24, was paid around $7,500 for her work on the film, which also involved working as a props assistant. Her lawyer has previously claimed that this double role, as well as the “rushed and chaotic atmosphere” on set made it hard for her to fully focus.