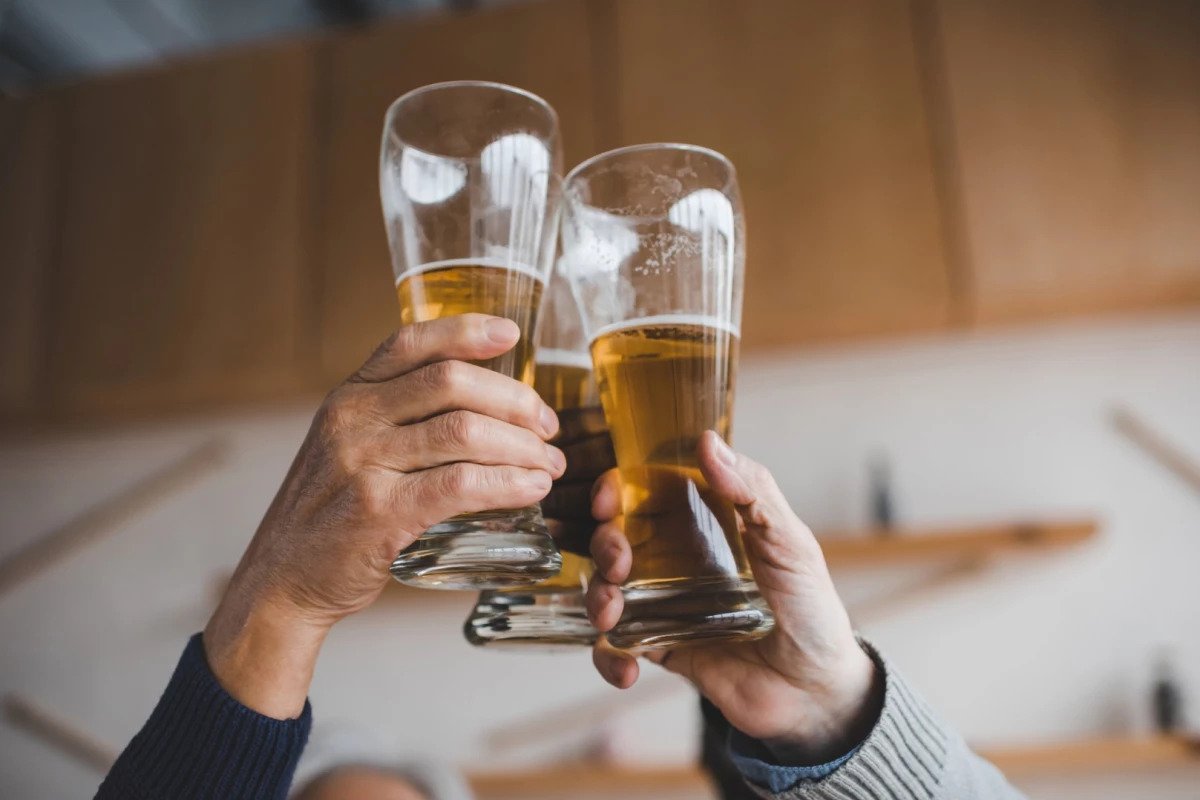 A genetic study offers strong evidence to indicate alcohol consumption is a direct cause of cancer.  IgorTishenko/Depositphotos
–

Although researchers have pointed to associations between alcohol consumption and cancer for many years it has been challenging to understand exactly just how directly alcohol causes cancer, as opposed to the many deleterious lifestyle factors that often coincide with drinking.

Heavy alcohol use is often associated with poor diet, smoking, and lack of exercise – all factors known to increase risk of cancer. So some have suggested it is these factors that mostly account for any correlation seen between alcohol consumption and cancer.

This new study took a novel approach at investigating the alcohol-cancer link by focusing on gene variants known to be associated with lower levels of alcohol consumption.

Two common genetic variants are known to reduce a person’s tolerability to alcohol. They decrease a person’s ability to breakdown acetaldehyde, a toxic molecule produced when the body metabolizes alcohol. Prior studies have found the presence of these genetic variants serve as effective proxies for alcohol intake, as those with the mutations generally find the effects of drinking alcohol very unpleasant.

The study looked at genetic data from 150,000 Chinese subjects. The cohort completed several surveys outlining their drinking habits, and their general health records were followed for over a decade. Evaluation of subjective drinking habits confirmed those subjects with the low-alcohol-tolerability genes consumed significantly less alcohol than those without the gene variants.

In general, those subjects with one or two copies of either genetic variant were found to have between 13 and 31 percent lower risk of cancer. In particular, cancers previously known to be linked to alcohol, such as head and neck, oesophagus, colon, rectum and liver, were detected in high rates in those drinking more alcohol.

Further affirming the causal connection, the research found those with at least one copy of a low-alcohol-tolerability variant who still drank alcohol regularly displayed significantly higher rates of head and neck cancers and oesophageal cancers. This indicates the inability to break down acetaldehyde can be directly linked with an increased risk of cancer.

“These findings indicate that alcohol directly causes several types of cancer, and that these risks may be increased further in people with inherited low alcohol tolerability who cannot properly metabolize alcohol,” explained lead researcher on the project, Pek Kei.

A landmark 2018 study from Cambridge University researchers directly demonstrated how increased levels of acetaldehyde can directly damage DNA. Those findings offered a plausible mechanism to show how alcohol consumption can lead to cancer, particularly in those with an inability to effectively clear out acetaldehyde.

Darren Griffin, a geneticist from the University of Kent, called the new findings “solid” and said they were backed up by excellent data. He also pointed out this link between alcohol and cancer is just one of many ways alcohol can harm a person’s health.

“The study design inherently isolates the fact that it is alcohol consumption (not other lifestyle factors) that seem to cause the cancer,” said Griffin, who did not work on this current study. “Such studies have far-reaching implications for lifestyle choices, however, there are a range of other ways in which alcohol can be damaging to the health.”

Other researchers commenting on the new findings are cautious to note the genetic variants studied are mostly found in Asian populations, so more work is needed to validate the association in European populations. Stephen Burgess, a statistician from the University of Cambridge, stressed this limitation while calling for more research looking into this association in other ethnicities.

“One limitation of this investigation is that the harmful effect of alcohol on cancer appears strongest in people who cannot break down alcohol efficiently.” said Burgess. “Inability to break down alcohol efficiently is a common trait in East Asian [and, therefore, Native American] populations, but it is less common in European ancestry populations. Further research is needed to determine whether a similar harmful effect of alcohol on cancer holds in European ancestry populations.”

The new findings build on a robust body of evidence linking alcohol with increased cancer risk. A striking study last year from the International Agency for Research on Cancer estimated around 740,000 new cancer cases in 2020 could be directly attributed to alcohol consumption. That adds up to around four percent of all cancer cases worldwide.

The new study was published in the journal Cancer Genetic and Epigenetics.

David – 2022 Jan 21 – 02:04 AM
Interestingly similar demographic relationship with those who have difficulty with lactose.
–
EH – 2022 Jan 21 – 04:19 AM
Acetaldehyde is found in high levels in other things such as some fruits (melons especially), fermented foods and coffee. I’d take this study with a grain of salt so far as generalizing its findings to drinking in general. If one gets headaches or hangovers form drinking or high-acetaldehyde foods, though, then you are getting poisoned. The dose makes the poison; those who have trouble metabolizing acetaldehyde will have higher levels longer than others. Acetaldehyde from fermented foods (and alcohol) was likely behind much stomach cancer in the pre-industrial world (one cancer that used to [be] much more common than it is now), though cured meats were also a big cause.

guzmanchinky – 2022 Jan 21 – 08:33 AM
I am a notorious lightweight when it comes to alcohol. 2 martinis and I am drunk. But I have friends who can drink 10 shots and barely feel it. So maybe being such a lightweight is a good thing!