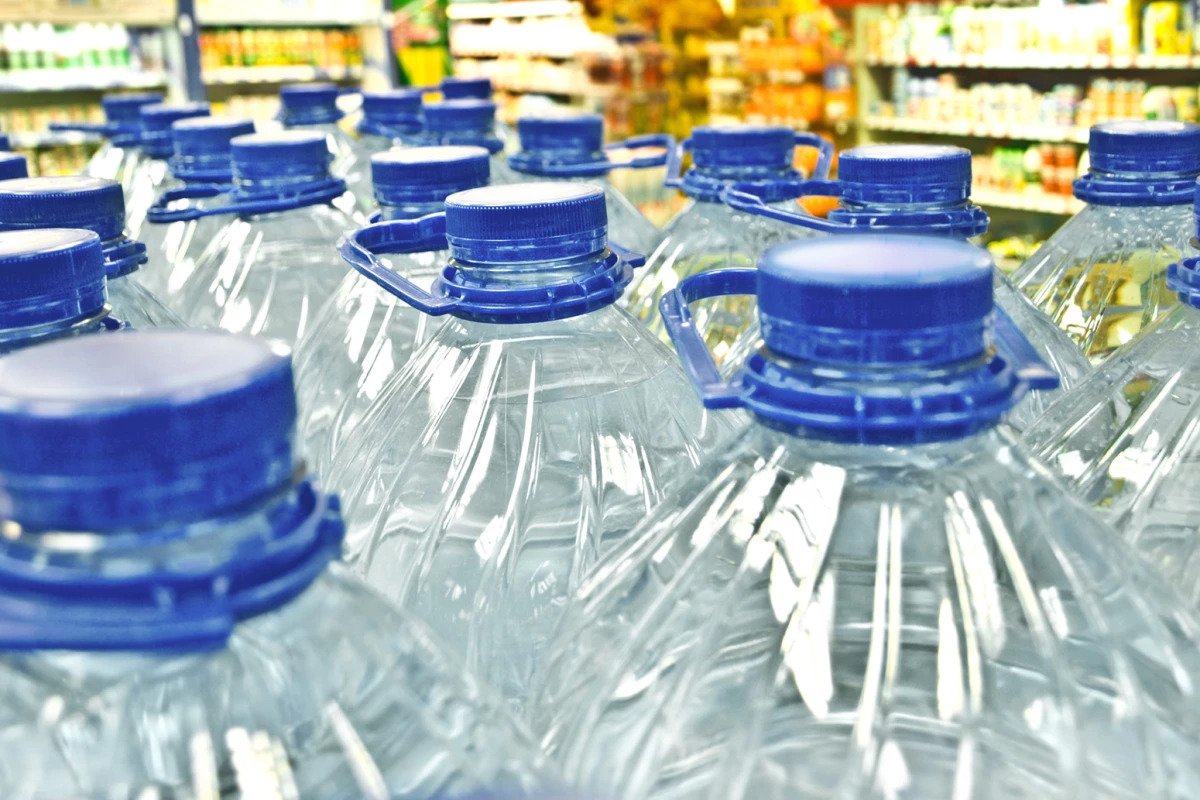 Scientists have studied the chemical components of everyday plastics such as drink bottles, and found that many contribute to fat cell development in mice. Depositphotos
–

Further, research has started to shed light on the ways this might impact our health. This includes studies showing how microplastics can alter the shape of human lung cells and infiltrate the blood brain barrier in mice, and other studies linking plastic chemicals to high cholesterol, heart disease and damage to brain cells. Meanwhile, research has found as much as 93 percent of bottled water contains plastic particles.

Adding to this growing pool of knowledge around these effects on human physiology is a new analysis of the chemical components in everyday plastics, many of which can leach from plastics under real-world conditions. Scientists looked at 34 typical plastic products, such as yoghurt containers, kitchen sponges and drink bottles, and discovered more than 55,000 chemical components within them, 629 of which they managed to identify. Eleven of these products are already known to interfere with our metabolism, as so-called “metabolism disruptors.”

Interestingly, through experiments on mice, the scientists found one third of the chemicals in these products caused the development and proliferation of fat cells, far more than the 11 already known to induce such effects. This indicates that there are other chemicals in plastics that have the capacity to reshape the way our body stores fat.

“It’s very likely that it is not the usual suspects, such as Bisphenol A (BPA), causing these metabolic disturbances,” said Johannes Völker, first author of the study. “This means that plastic chemicals other than the ones we already know could be contributing to overweight and obesity.”

The research was published in the journal Environmental Science & Technology.

8 comments
Sign in to post a comment.
Please keep comments to less than 150 words. No abusive material or spam will be published.
–
Daishi – 2022 Jan 31 – 07:36 PM
Both sperm count and testosterone levels in men have dropped by 50% in 50 years also and plastics are seen as the most likely culprit. From a perspective of evolution this is a massive change in a very small period of time that could have huge implications for humanity if it continues yet hardly anyone is even aware of it.
–
jsopr – 2022 Jan 31 – 09:47 PM
Some day people will regard the era of plastics the same way we now regard those centuries when everyone happily added lead to sweeten their daily wine.
–
Voice of Reason – 2022 Feb 01 – 08:26 AM
Recognizing that micro plastics are unnatural but ubiquitous contaminants in our environment, researchers have been trying to find evidence of harmful effects from their presence for over thirty years, and still can provide only conjecture. Ignoring that any extractables will have already been leached out and diluted to extinction by the time the plastics degrade into inert polymer particles, yet they still hypothesize “unknown” risk without any evidence of specific chemicals or toxic harm.
–
Dave – 2022 Feb 01 – 08:47 AM
The joke of it all is the belief that the problem is simply solved by recycling. The petroleum industry, like Big tobacco, continues to quietly be the funder of recycling agendas as they wish to continue their mayhem. Plastic usage is poised to quadruple in the near future. The packaging industry is almost totally unregulated, creating headache after headache for local governments attempting to deal with this monster. Federal and global indicatives are needed. We are poisoning ourselves with convenience.
–
guzmanchinky – 2022 Feb 01 – 10:41 AM
I think jsopr hit it on the head. Someday we will look back and think “how did we ever allow this”???
–
TechGazer – 2022 Feb 01 – 10:51 AM
They “discovered more than 55,000 chemical components within them, 629 of which they managed to identify.” It doesn’t say what _amounts_ were measured. Testing techniques have become extremely sensitive, so they may be detecting single molecules per kg of plastic. Everything we consume is toxic at some amount, and may have some degree of risk at a lower amount, and be ‘generally regarded as safe’ at some other level. Discovery of health harm generally lags behind introduction of products: asbestos was considered very safe initially. I expect that _some_ of those 55,000 chemicals _might_ pose a risk at the levels normally found, but it will probably take decades of studies to figure out which ones increase the risk of a certain disease by .1% over a lifetime. Some people might get ill or die which could have been avoided, but probably far fewer illnesses/deaths than by banning all innovation until proven completely safe by 100 years to studies. Those plastics also provided some of the funding for medical innovations and maybe even made those innovations possible (plastics used for lab and manufacturing equipment).

So, it’s not as simple as ‘all plastics are evil’. Everything in life is risks vs benefits. Of those 55,000 chemicals detected, I expect that most will probably turn out to be safe at the levels encountered. Some might even prove to be beneficial at the amounts encountered.
–

Jinpa – 2022 Feb 01 – 11:01 AM
1. Buy stuff fresh or in glass bottles. 2. Write to your Congresspeople to ask them to get the FDA off its dead ass to investigate what plastics are getting into food and drink, and what those plastics do. The term Mr. Lavars is searching for is endocrine disruptors.
–
NMorris – 2022 Feb 02 – 03:09 PM
@Voice of reason, researchers have found repeatable evidence for compounds from plastics such as bisphenol.
Hopefully, researchers ahve been looking for evidence of effects of our exposures to plastics, rather than the slanted perspective you put on their efforts and motives.
The research is not looking only at end life plastics, but at all of the fresh plastics that our food and other contact products are packaged in. Suggesting everything harmful will ahve leached out ignores the real process of leaching i.e. it is a slow and continual process (albeit with reducing concentrations).
Until we know the real effects of plastics we should keep an open mind about them and reduce our exposure to those products and chemicals most suspect or risky.
Boosterism of “risk free” plastics is not really credible given the evidence already discovered.
–
–
Tweet