Houseboats are moored on Lake Oroville reservoir during the California drought emergency in Oroville, California, on 2021 May 25. Photograph: Patrick T Fallon/AFP/Getty Images
–

Last modified on 2022 Feb 15
–
The American west has spent the last two decades in what scientists are now saying is the most extreme megadrought in at least 1,200 years. In a new study, published on Monday, researchers also noted that human-caused climate change is a significant driver of the destructive conditions and offered a grim prognosis: even drier decades lie ahead.
–
“Anyone who has been paying attention knows that the west has been dry for most of the last couple decades,” says Park Williams, a climate scientist at the University of California, Los Angeles and the study’s lead author. “We now know from these studies that [it] is dry not only from the context of recent memory but in the context of the last millennium.”
–

Turning up the temperature – the result of human caused warming – has played a big part. Other studies show how the climate crisis “will increasingly enhance the odds of long, widespread and severe megadroughts”, the researchers write. Noting that as the west is now in the midst of the driest 22-year period in knowable history, “this worst-case scenario already appears to be coming to pass”.

The research builds on conclusions from a previous study, also led by Williams, that ranked the period between 2000 and 2018 as the second driest in 12 centuries. The last two incredibly dry years – which were marked by record-setting heatwaves, receding reservoirs, and a rise in dangerously erratic blazes that burned both uncontrollably and unseasonably – were enough to push this period into first.

Looking at moisture levels in soils, the team of climate scientists from UCLA, NASA, and Columbia University focused on landscapes from Montana to northern México, north to south, and from the Pacific Ocean to the Rocky Mountains. They analyzed data collected tree ring patterns that offered clues to soil moisture levels throughout the centuries. Rings that appear closer together show the stunted growth patterns occurring during dry times.

So-called megadroughts, which are characterized by prolonged periods of dryness that span more than two decades, were woven throughout history, the researchers found. Long before human industry, water availability ebbed and flowed naturally. That variability, however, has been intensified by the climate crisis. According to their findings, soil moisture deficits doubled in the last 22 years compared with levels in the 1900s. Human-caused warming accounted for a 42% increase in severity.

Worryingly, the west is experiencing a point on an upward trajectory, the researchers warn. There have been many studies showing the connection between human-caused warming, drought, and how these climate catastrophes compound. A large body of research has shown how heat waves will get larger, more extreme, and more frequent. But the evidence offered in this study casts these conditions into broader historical context, showing just how rapidly – and steeply – these changes are developing.

Experts and advocates hope it will serve as a call to arms to prepare for a future that is fast approaching. Already, unsustainable systems have started to crack. “We are watching our bank account of water decline,” Williams says, “and we know that eventually we need to slow our expenditures before the account runs out”.

The effects are already being felt across the west.

In the summer of 2021, both Lake Mead and Lake Powell – the largest reservoirs in North America – reached record-low levels. Nearly 65% of the American west is experiencing a severe drought according to the US drought monitor, even after record rainfall hit some areas late last year. For the first time, federal official curbed allocations from the Colorado River Basin, which supplies water and power for more than 40 million people. Wildfires in the last two years have left behind more blackened earth than ever before and performed feats never thought possible.

So far conditions this year have not helped to turn the situation around. California saw one of the driest Januaries on record. February has already delivered heat waves that broke records across the state. By the start of this month, the snowpack has dwindled to below-average, melting rapidly after reaching 160% of average at the start of the year. Forecasts show there’s little short-term relief in sight.

“This study highlights the point that we need to reassess our resources,” says Alvar Escriva-Bou, a senior fellow at the Public Policy Institute of California’s Water Policy Center. “We can no longer assume that we have enough water for all the things that we want.” Escriva-Bou specifically called on California to reduce its agricultural footprint.

Escriva-Bou notes that important steps have been taken to better manage the issue and update operation rules. But “climate change is outpacing us”, he says.

According to Jason Smerdon, a climate scientist at Lamont-Doherty Earth Observatory of Columbia University who worked with Williams on the study, the crisis is a “slow-motion trainwreck”.

“These multi-decade periods of dryness will only increase with the rest of the century,” Smerdon said.

Still, Smerdon cast the conclusions in a more hopeful light. The extreme events taking place right in people’s backyards may spur understanding and action. “Knowing is half the battle,” he says. “We have a lot of challenges in front of us but we all have agency in the face of this. And there are pathways we can take that are much more sustainable and involve much less risk than the ‘burn baby burn’ approach that we would take if we didn’t do anything.” 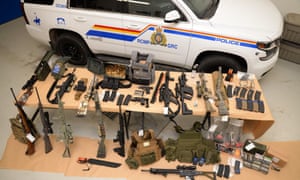