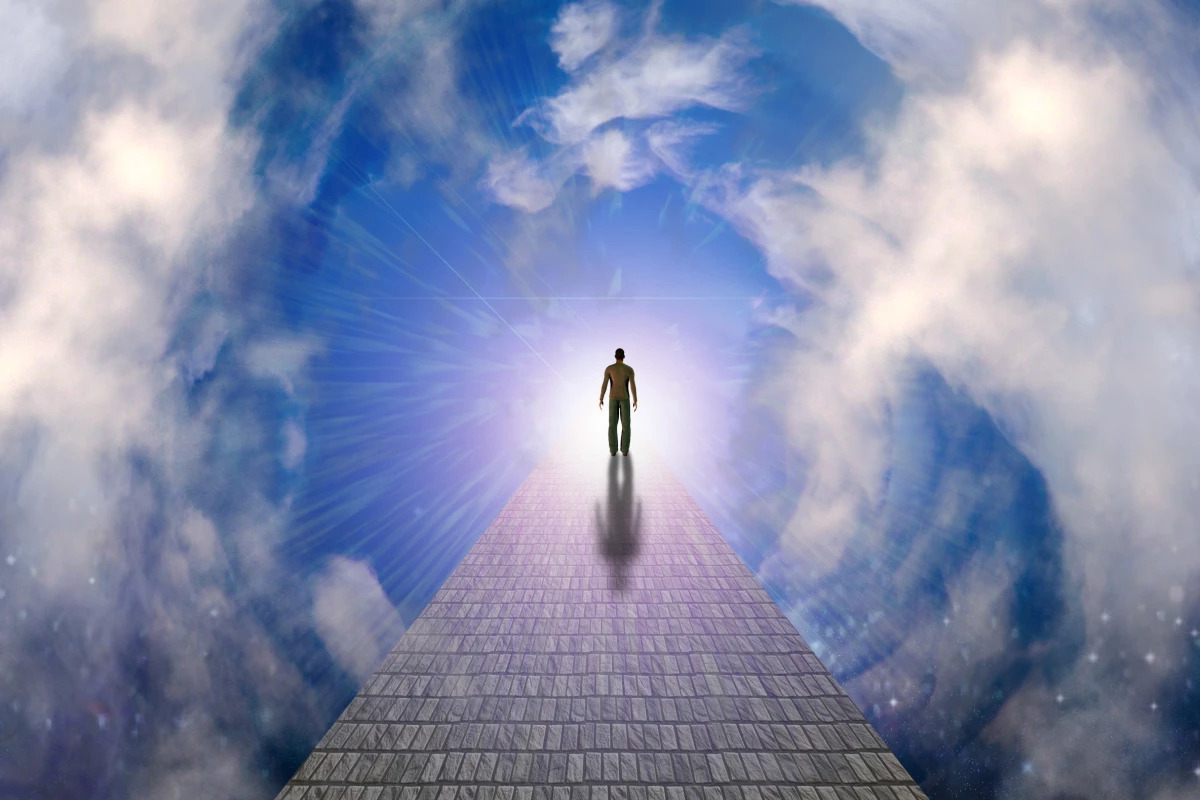 Researchers have recorded the activity of a dying human brain for the first time, and detected activity associated with dreaming and memory recall. Depositphotos
–

As such, the researchers managed to record 15 minutes of brain activity around the time of death. They focused in on the 30 seconds either side of when the heart stopped beating, and detected increased activity in types of brain waves known as gamma oscillations. These are involved in processes such as dreaming, meditation and memory retrieval, giving a glimpse into what a person may be experiencing during their final moments.

“Through generating oscillations involved in memory retrieval, the brain may be playing a last recall of important life events just before we die, similar to the ones reported in near-death experiences,” said Dr. Ajmal Zemmar, lead author of the study. “These findings challenge our understanding of when exactly life ends and generate important subsequent questions, such as those related to the timing of organ donation.”

The team says that the observations indicate the brain is capable of coordinated activity even after blood stops flowing through it. Similar changes in gamma waves around the time of death had previously been detected in rats, but this marks the first time that such activity has been detected in humans.

Of course, the results should be taken with some caution, the team stressed. The data comes from just a single case study, and even that was in a patient whose brain had been injured and was undergoing unusual activity related to epilepsy. The researchers hope to investigate further in other cases.

“Something we may learn from this research is: although our loved ones have their eyes closed and are ready to leave us to rest, their brains may be replaying some of the nicest moments they experienced in their lives,” said Zemmar.

The research was published in the journal Frontiers in Aging Neuroscience.

12 comments
Sign in to post a comment.
Please keep comments to less than 150 words. No abusive material or spam will be published.
CarolynFarstrider – 2022 Feb 22 – 02:37 AM
It may be comforting to think that in the last moments of dying, one might be replaying ‘some of the the nicest moments’ of life in memories. But suppose it’s some of the most unpleasant moments?
Rustgecko – 2022 Feb 22 – 02:52 AM
“Something we may learn from this research is: although our loved ones have their eyes closed and are ready to leave us to rest, their brains may be replaying some of the nicest moments they experienced in their lives,” said Dr. Ajmal Zemmar…..equally, with as much evidence he could have said: “their brains may be replaying some of the most awful moments they experienced in their lives”. Or they may may be experiencing the random activity we see in dreams. We just do not know.
Nizzlund – 2022 Feb 22 – 04:31 AM
A heartattack is usually so painful, that its not comparable to just floating away quitely. But its of course a very interesting subject.
Slawdog – 2022 Feb 22 – 08:19 AM
You wont know you’re dead once you are dead so this is a moot point. But, I hope I see some of my ex-girlfriends on my way out.
MikeDalton – 2022 Feb 22 – 08:28 AM
Maybe it’s me. Fast forward into the future, where neural connections are commonplace and we can “see” pictures and thoughts during Aunt Susan’s last moments. Why would we want to do that? It’s beyond invasive, and beyond any normal human compassion. Not to mention totally creepy.
Bimmermaven – 2022 Feb 22 – 08:29 AM
Agreed…memory recall or dreaming,…about what?
Brain activity after heart stops?
I think we know that all organs function for a time during cardiac arrest; question is, at what level and for how long…
All “heart attacks” painful? AMI? Sure….probably wake you up, too.
V-fib? Never reported by pts I’ve resuscitated, so, maybe not.
RangerJones – 2022 Feb 22 – 01:51 PM
Perhaps they weren’t “dreaming or recalling” at all. Maybe they were listening. Listening to a voice laugh at the thought of moving upward……
mmusheen – 2022 Feb 22 – 03:40 PM
That last line hit me hard. Thinking about my mom.
Sure are some negative people in these comments though.
Chris Rawson-Harris – 2022 Feb 22 – 05:34 PM
In July 2021 I had a massive heart attack and was resuscitated 5 times, 1 time at home, thanks to my son, 3 in an ambulance and 1 in a Catheter lab. I had severe pain several hours before the initial episode of “dying” at home but no pain at all surrounding that and each of the subsequent events. On all occasions I have no recollection of the actual loss of consciousness.

However, after each event but the first, on regaining consciousness, I recall vividly having had the most amazing dreams of colour, activity, people, things happening all around me. The recollections were all of a “happy” nature. On first awakening the dreams were wholly realistic and full of clarity but, as is the case with dreams, the detail rapidly fades – but the memory of dreaming remains strong.

Amusingly, on recovering after the Ambulance Paramedic had resuscitated me for the third time, he asked me “Are you a cat?” I laughed a lot at that despite the circumstances. Interestingly I was relaxed and felt no fear at the time, perhaps through ignorance of the seriousness of my situation.

anthony88 – 2022 Feb 22 – 06:05 PM
Knowing me, the dream will be that one where I go to work and suddenly realise I have no pants on.
highlandboy – 2022 Feb 22 – 09:44 PM
Science: Recorded Gama brain waives round time of death.
Journalist: “My whole life flashed before my eyes” is a phrase we often hear regarding near-death experiences – and there just might be some truth to it:
Story Teller: “Something we may learn from this research is: although our loved ones have their eyes closed and are ready to leave us to rest, their brains may be replaying some of the nicest moments they experienced in their lives,”
Realist: No one knows what the data means, so lets stop wasting time talking about it and work out how we can find out.
thx1138 – 2022 Feb 22 – 09:54 PM

It’s regrets that replay in the last moments of a life.
–