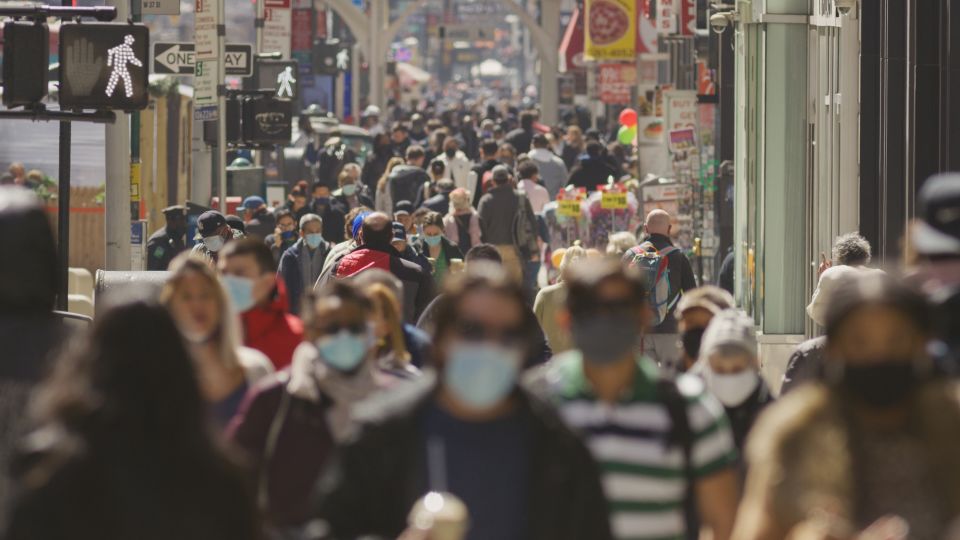 Sign up for CNN’s Wonder Theory science newsletter. Explore the universe with news on fascinating discoveries, scientific advancements and more.
–
London CNN — Researchers have used genetics to create the largest human family tree ever made, allowing individuals to find out who their distant ancestors were and where they lived, as well as exactly how they are related to everyone alive today.

The research, carried out by scientists from the University of Oxford’s Big Data Institute, combines human genomes from a variety of sources – both ancient and modern DNA – to better understand human history and evolution.

Just as a family tree shows how an individual is related to their parents or siblings, genetic genealogy reveals which genes are shared between two individuals, lead author Anthony Wilder Wohns, now a postdoctoral researcher at the Broad Institute of MIT and Harvard, told CNN.

A still from a video published by the study authors shows the estimated geographic locations of human ancestors.  A unified genealogy of modern and ancient genomes/Oxford University Big Data Institute

As such, it can show which points in the human genome individuals share genes and where they differ, he added.

“Simply put, what we did was we created the largest human family tree ever,” Wohns said. “We have a single genealogy that traces the ancestry of all of humanity, and shows how we’re all related to each other today.”

The resource means anyone who has access to their own genetic information can work out when their ancestors moved to a particular place, and why they have certain genes.

However, it has proven difficult to combine different databases, integrate ancient and modern genomes, and work out ways of handling such a large amount of data.

The Oxford team developed algorithms to enable the combination of genomes into their tool.

“That was one of our biggest innovations,” Wohns said.

This allowed them to build the structure of what they described as a “human gene genealogy” which has been talked about theoretically for around 30 years, he said.

“We’re basically trying to pierce the veil and see what that looks like,” he added.

As things stand, the genes of 3,609 people from 215 populations have been sequenced, with some dating from more than 100,000 years ago. The method allows for this number to be expanded to potentially millions of genomes in the future.

The paper confirms existing conclusions about human history, including that most human evolution took place in Africa before a large movement out of the continent around 70,000 years ago, Wohns said.

“It’s confirmatory in many ways,” he said, adding that the data shows there is most genetic diversity in Africa and the oldest human ancestors are located on the continent. “It’s unequivocal that the majority of human evolution occurred in Africa.”

However, the data also raises questions.

“It’s suggestive of potentially unknown migrations that happened in the past,” Wohns said.

For example, there is some evidence that human ancestors were in North America earlier than previously thought, although further research would be needed to reveal unknown migrations, he said.

Wohns likens the research to a “first draft” of the human gene genealogy, and said further work will help to make it more accurate and comprehensive.

Adding more genomes will help to do this, but in order to achieve total accuracy we would need to have the genome of every human that has ever lived, he said, which is not possible.

Wohns said he hopes other researchers in the field will use the resource, which is available for download along with instructions for use, as a basis to answer more specific questions on migrations in certain geographical areas.

“It’s going to be a really rich resource for future investigation into human evolutionary history,” he said.

Wohns himself is working with artificial intelligence researchers to try to obtain more accurate estimates of when and where human ancestors lived.

The method can also be used to develop a genealogy of any organism, including diseases such as SARS-CoV-2, the coronavirus that causes Covid-19, and Wohns is planning to study the relationship between genetics and disease.

The paper was published Thursday in the journal Science.

Anders Bergström, postdoctoral fellow in evolutionary genomics at the Francis Crick Institute, London, told CNN that the study provides a new method for estimating how our DNA is related.

“Inferring the tree-like genealogies that relate the DNA between different people is a holy grail in genomic science. It will never be fully solved, but this new computational method takes an important step forward on this problem,” he said via email.

“The genealogies that they infer provides an incredibly rich view of human genetic diversity and history. There’s a lot of excitement in genomics right now about the many possibilities offered by these new computational methods.”

Pontus Skoglund, group leader of the Ancient Genomics laboratory at the Francis Crick Institute, told CNN that the study shows this kind of approach can be extended to large databases.

“They thus have great promise to benefit medical genetics and evolutionary studies, and this paper is a big step forward towards that,” said Skoglund via email.