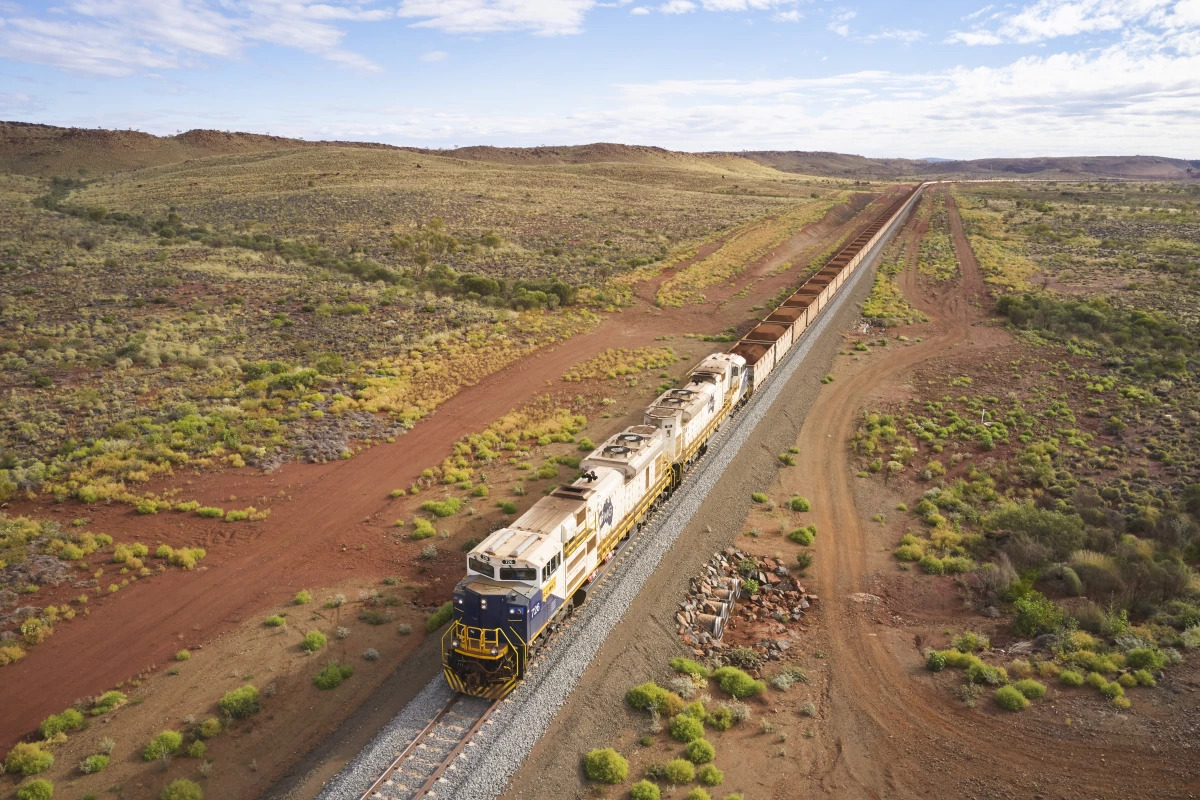 Fortescue’s mine at Eliwana, Western Australia, was opened in December 2020 and includes a 143-km rail line.  Fortescue Metals Group
–

By Loz Blain
2022 Mar 01
–
Australian mining company Fortescue is working to clean up its own operations by 2030, while developing green solutions it can sell to others. It’s forking out into green tech through a subsidiary called Fortescue Future Industries, which has recently acquired Williams Advanced Engineering. Today, the two companies announced their first project together: an electric “infinity train” designed to move loads of iron ore without ever needing to be charged.
–
“The Infinity Train has the capacity to be the world’s most efficient battery electric locomotive,” said Fortescue CEO Elizabeth Gaines. “The regeneration of electricity on the downhill loaded sections will remove the need for the installation of renewable energy generation and recharging infrastructure, making it a capital efficient solution for eliminating diesel and emissions from our rail operations.”
–
So essentially, while details are scant at this point, it seems what’s happening here is that for one or more of Fortescue’s mining sites, the team has calculated that there’s enough downhill slope and braking opportunities in the loaded direction to charge up the battery regeneratively, and the train is so much lighter when it’s unloaded that the battery can take it all the way back to the mine and start the journey again without needing a charge.
–

So it’s a very interesting project, and we’ll be fascinated to learn more as it progresses – for example, what are the topological parameters under which an infinity train like this can work? Will it work in wetter, lower-friction areas than the West Australian desert? Is this a super-specific single use case, or something that will be able to roll out to a wider market? And indeed, would it still be economical to roll out in situations where some charging is required during loading/unloading?

This is just one of FFI’s impressive and growing list of green-tech projects. We wrote earlier this year about the company’s efforts to have the world’s first ammonia-powered ship in operation by the end of this year, as well as hydrogen fuel cell mining trucks and ammonia-fueled trains. It’s also setting itself up as a major global player in green hydrogen production and distribution, as well as beginning construction on a factory in Australia that will more than double the world’s current electrolyzer production capacity.

Disclosure: the author holds a small number of shares in FMG.