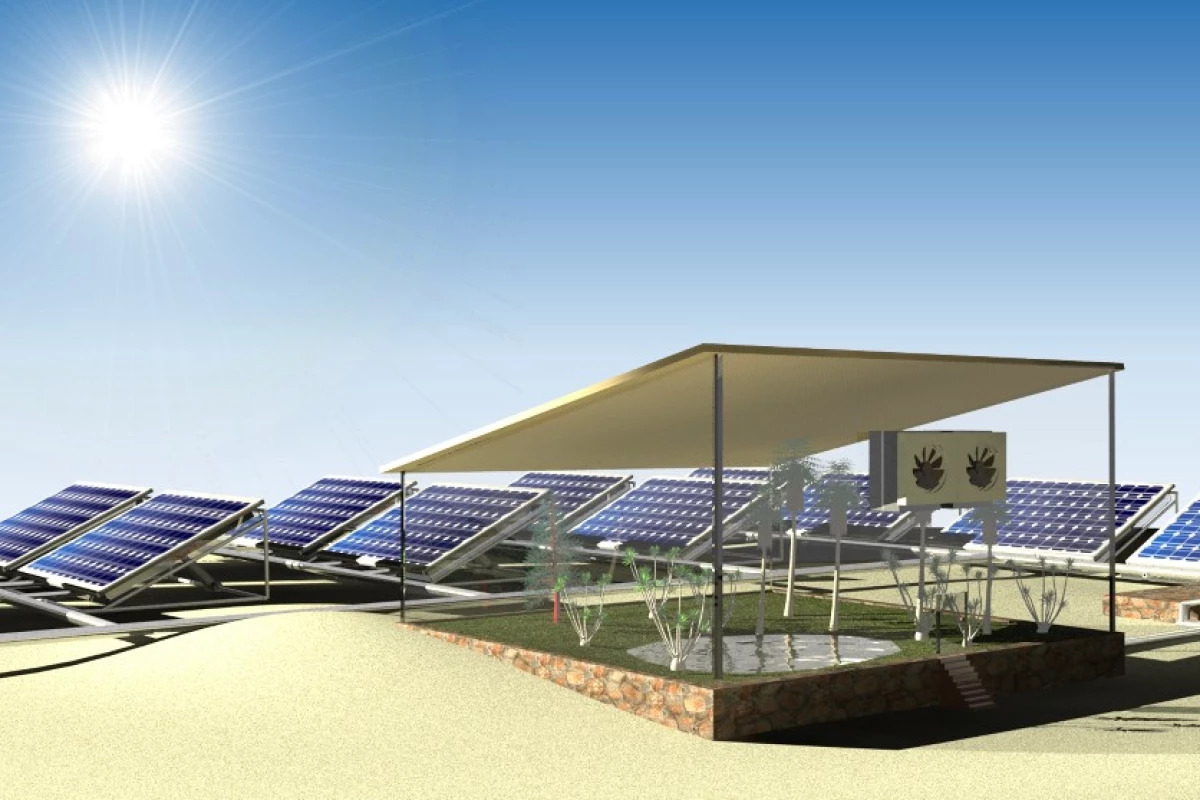 A diagram of an envisioned larger-scale version of the system.  Renyuan Li
–

Developed by scientists at Saudi Arabia’s King Abdullah University of Science and Technology (KAUST), the setup is known as the integrated water-electricity-crop co-production system – or WEC2P, for short.

It incorporates an array of connected photovoltaic panels, each one of which lies directly atop a layer of hydrogel. Both the panel and the gel form the lid of a downward-sloping metal box, which has a spout at the bottom.

At night, the box is left open, allowing the hydrogel to absorb moisture from the air. During the day, the box is closed. The photovoltaic panel then produces electricity as the sun shines on it. That sunlight also causes both the panel and the underlying hydrogel to heat up.

As a result, the absorbed water evaporates out of the gel, and condenses on the back of the panel. As that liquid water subsequently trickles off the panel, it carries away excess heat, providing a cooling effect that allows the panel to function up to 9 percent more efficiently. The water then runs into the bottom of the metal box and out the spout, where it can be collected for use in irrigation – or for drinking.

A small-scale test of the system was conducted over a two-week period in June, in the Saudi Arabian desert. Utilizing a photovoltaic panel and hydrogel layer that were about the size of “the top of a student desk,” the setup generated a total of 1,519 watt-hours of electricity, along with about 2 liters (0.5 US gal) of water. That water was used to irrigate 60 spinach seeds planted in a plastic grow box, 57 of which sprouted and grew to a height of 18 cm (7 in).

“Making sure everyone on Earth has access to clean water and affordable clean energy is part of the Sustainable Development Goals set by the United Nations,” says the study’s senior author, Prof. Peng Wang. “I hope our design can be a decentralized power and water system to light homes and water crops.”

A paper on the research was recently published in the journal Cell Reports Physical Science.