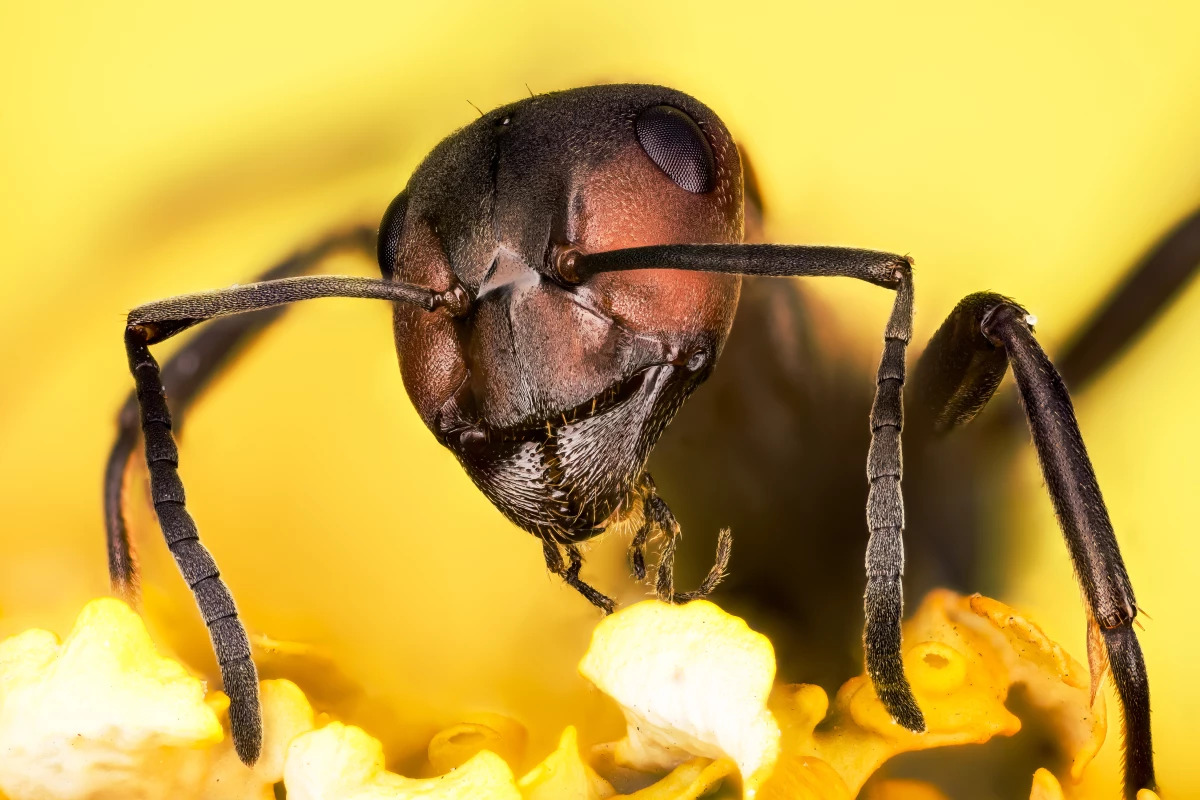 Researchers HAVE found ants are as accurate as dogs in sniffing out cancer but they can be trained in as little as 30 minutes. Depositphotos
– By Rich Haridy

Training and keeping a detection dog is not a quick or cheap undertaking. It can take up to a year to train a dog for detection purposes so researchers have more recently turned to other organisms, such as mice, honeybees and locusts.

This latest study explored the feasibility of training a species of ant called Formica fusca. Ants have previously been found to be able to home in on certain volatile organic compounds (VOCs), and prior studies have found types of cancers can be identified by their own unique VOCs. So the new research set out to discover whether ants can be trained to detect cancer cells.

The preliminary tests focused on two types of breast cancer cells, both with differing VOC profiles. In as little as three training trials, the researchers were able to effectively teach the ants to differentiate between cancerous cells and non-cancerous cells with an accuracy similar to that seen in recent studies using dogs.

“Ants are thus equivalent to dogs – the most studied bio-detectors – in terms of detection abilities,” the researchers write. “In some respects, ants surpass dogs because they need an extremely shorter training time (30 min compared to 6–12 months for a dog) and a reduced cost of training and maintenance (honey and frozen insects twice a week). Our simple conditioning protocol can be implemented by everyone, after a training time of about 3-day.”

Referencing prior ant training studies the researchers hypothesize individual ants could be used to detect cancerous cells up to nine times before their conditioned responses begin to lapse. This makes ants a more efficient and cost-effective detection tool compared to any other animal or organism used for similar purposes.

“Ants therefore represent a fast, efficient, inexpensive, and highly discriminant detection tool for detection of cancer cell volatiles,” the researchers concluded in the study. “Our approach could potentially be adapted to a range of other complex odor detection tasks including the detection of narcotics, explosives, spoiled food, or other diseases (malaria, infections, diabetes for instance).”

The study is just a preliminary demonstration of a proof-of-concept, so there are obviously a large number of hurdles that would need to be resolved before ants are actually used to detect anything in the real world. For example, more work is needed to catalog and validate specific VOC profiles to certain cancers. And it is unclear how ants would be realistically deployed to detect things in the real world beyond identifying specific samples in a lab.

The new study was published in the journal iScience.