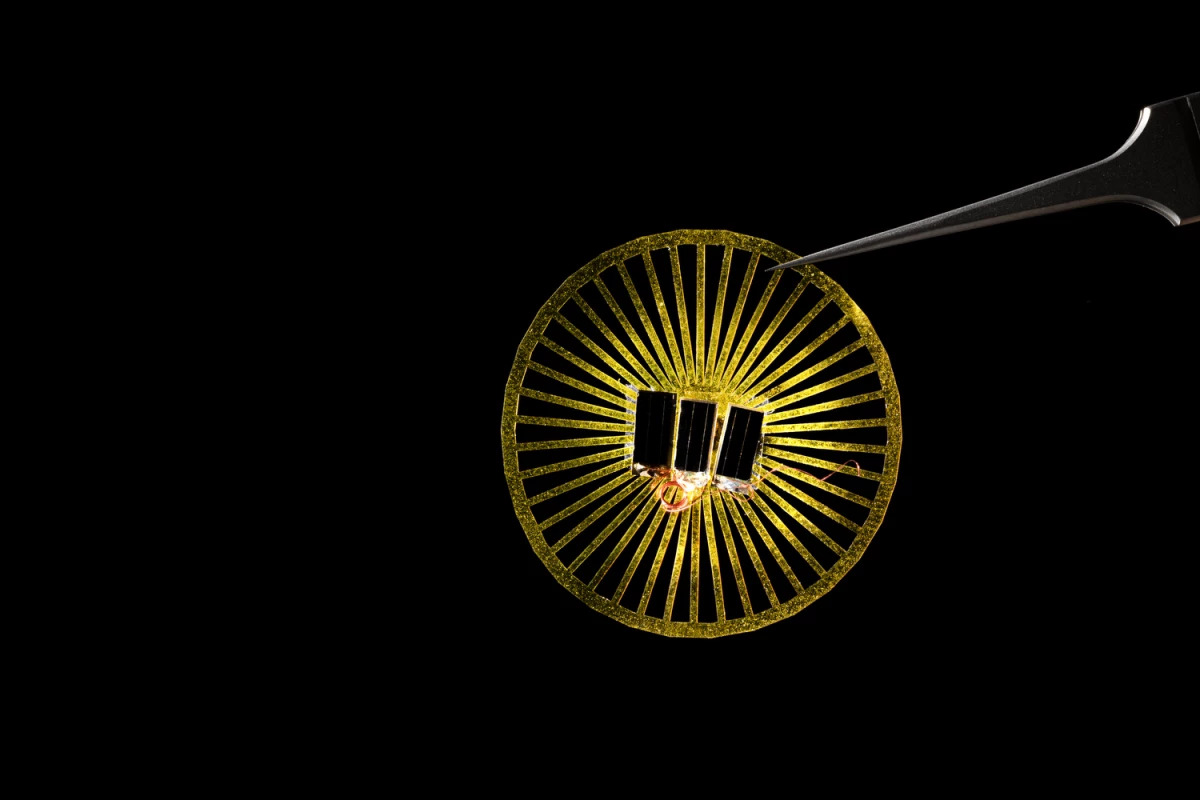 While sensors of this nature have some exciting potential, deploying them across large areas would currently involve a lot of meticulous and time-consuming manual work to place the individual sensors. We’ve actually seen drones leveraged to simplify this type of work before, dropping sensors onto the ground or even shooting them like darts.

Scientists at the University of Washington have come up with an even more efficient way of doing things, and it starts with a carefully thought out design inspired by the way dandelions distribute their seeds with the wind. The team worked its way through 75 designs modeled on these seeds before landing on the final one, which still required a few tweaks.

“The way dandelion seed structures work is that they have a central point and these little bristles sticking out to slow down their fall,” said study author Vikram Iyer. “We took a 2D projection of that to create the base design for our structures. As we added weight, our bristles started to bend inwards. We added a ring structure to make it more stiff and take up more area to help slow it down.”

Heavy batteries were eschewed in favor of tiny solar panels to power the onboard electronics, which include a capacitor to store a charge after the sun goes down and get the sensor started up again the next morning. While the battery-free design keeps the platform light, it is still around 30 times heavier than a one-milligram dandelion seed. The team’s experiments showed that it is light enough, however, to travel the length of a football field in a moderate breeze after being dropped by a drone.

“We show that you can use off-the-shelf components to create tiny things,” said senior author Shyam Gollakota. “Our prototype suggests that you could use a drone to release thousands of these devices in a single drop. They’ll all be carried by the wind a little differently, and basically you can create a 1,000-device network with this one drop. This is amazing and transformational for the field of deploying sensors, because right now it could take months to manually deploy this many sensors.”

On the ground, each of the team’s tiny platforms can host up to four sensors, measuring temperature, light, humidity and pressure, and relay the data from up to 60 m (200 ft) away. The design sees them land with solar panels facing upright 95 percent of the time, and the researchers found that varying their shapes ever so slightly changed the way they moved in the wind, ensuring they spread out to different spots.

“This is mimicking biology, where variation is actually a feature, rather than a bug,” said co-author Thomas Daniel. “Plants can’t guarantee that where they grew up this year is going to be good next year, so they have some seeds that can travel farther away to hedge their bets.”

The scientists already have some ideas about how to improve on this initial design, with working towards biodegradable versions to avoid the issue of scattering electronic waste among the considerations.

“This is just the first step, which is why it’s so exciting,” Iyer said. “There are so many other directions we can take now such as developing larger-scale deployments, creating devices that can change shape as they fall, or even adding some more mobility so that the devices can move around once they are on the ground to get closer to an area we’re curious about.”

The research was published in the journal Nature, while the video below offers an overview of the technology.

Nick Lavars
Nick has been writing and editing at New Atlas for over six years, where he has covered everything from distant space probes to self-driving cars to oddball animal science. He previously spent time at The Conversation, Mashable and The Santiago Times, earning a Masters degree in communications from Melbourne’s RMIT University along the way.
–
–
3 comments
Sign in to post a comment.
Please keep comments to less than 150 words. No abusive material or spam will be published.
notarichman – 2022 Mar 17 – 09:16 AM
to me it’s obvious that once distributed, the location of sensors is lost. they have lots of work to do! smoke would be a good thing to check for…forest fires. gps is necessary. movement for policing. data storage also necessary. infrared for night time and fire. metal detection? water detection for the moon or mars? probably not…
little or no air. how about powering up when microwaves hit one?
TechGazer – 2022 Mar 17 – 09:36 AM
Thin-film solar cells might be able to provide power regardless of which way they are facing. They’d be lighter too. The short lifespan of perovskite or organic cells wouldn’t be a problem, since I expect these sensors aren’t meant to survive for years.
Username – 2022 Mar 17 – 10:19 AM