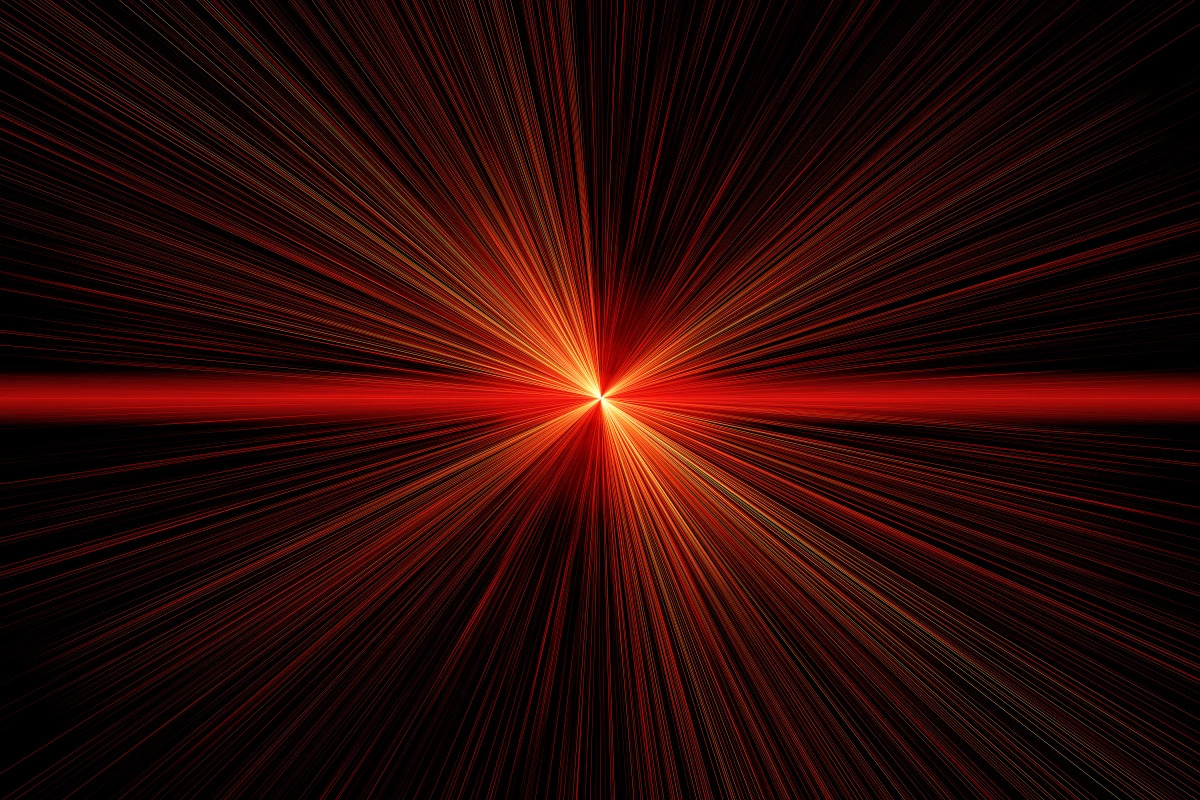 HB11 is approaching nuclear fusion from an entirely new angle, using high power, high precision lasers instead of hundred-million-degree temperatures to start the reaction. Its first demo has produced 10 times more fusion reactions than expected, and the company says it’s now “the only commercial entity to achieve fusion so far,” making it “the global frontrunner in the race to commercialize the holy grail of clean energy.”

We’ve covered Australian company HB11’s hydrogen-boron laser fusion innovations before in detail, but it’s worth briefly summarizing what makes this company so different from the rest of the field. In order to smash atoms together hard enough to make them fuse together and form a new element, you need to overcome the incredibly strong repulsive forces that push two positively-charged nuclei apart. It’s like throwing powerful magnets at each other in space, hoping to smash two north poles together instead of having them just dance out of each other’s way.

The Sun accomplishes this by having a huge amount of hydrogen atoms packed into a plasma that’s superheated to tens of millions of degrees at its core. Heat is a measure of kinetic energy – how fast a group of atoms or molecules are moving or vibrating. At these temperatures, the hydrogen atoms are moving so fast that they smack into each other and fuse, releasing the energy that warms our planet.

Most fusion reactor designs aim to replicate these conditions, by magnetically confining hydrogen atoms in a plasma, and then using gyrotrons and other specialized equipment to create small pockets of insane temperatures – over 100 million °C (180 million °F) – in which they hope they’ll get enough random collisions between nuclei to create a chain reaction. This is the basic idea underpinning the multi-billion dollar stellarator and tokamak projects that have dominated fusion research for decades.

HB11 is using a different approach that’s closer to a snooker shot. It doesn’t require huge amounts of heat, or tricky, radioactive fuels like tritium. Instead, it takes advantage of recent advances in ultra-high powered “chirped pulse amplification” lasers that can produce monstrous, unprecedented power levels over 10 petawatts.

An HB11 reactor would be a mostly empty metal sphere, with a “modestly sized” boron fuel pellet held in the middle, and apertures in two spots on the sphere for a pair of lasers. One laser, in combination with a capacitive coil, is used to establish a powerful kilotesla magnetic containment field for the plasma, and the second is used to massively accelerate hydrogen atoms through the boron sample. So you’re not heating things up in the hope that they’ll smack together at speed, you’re literally aiming the hydrogen right at the boron and using these bleeding-edge lasers to make it go so fast that it’ll fuse if it hits a nucleus.

Initial experiments on laser-triggered chain reactions returned reaction rates a billion times higher than anticipated, leading HB11 to claim in 2020 that it “stands a high chance of reaching the goal of net energy gain well ahead of other groups.”

“As we aren’t trying to heat fuels to impossibly high temperatures, we are sidestepping all of the scientific challenges that have held fusion energy back for more than half a century,” HB11 Managing Director Dr. Warren McKenzie told us at the time. “This means our development roadmap will be much faster and cheaper than any other fusion approach.”

You can see why this is a very exciting company to keep an eye on, and today’s news lends further academic credibility to the idea. In a new research study, led by HB11 Energy Lead Scientist Dimitri Batani and collaborator Daniele Margarone and funded by the Czech Republic’s Ministry of Education, Youth and Sports and the EU’s EUROfision consortium, HB11’s technology has been demonstrated at Osaka University’s Institute of Laser Engineering.

The study, published in the peer-reviewed journal Applied Sciences, showed what HB11 claims is a “world-first ‘material’ number of fusion reactions by a private company, producing ten times more fusion reactions than expected based on earlier experiments at the same facility.”

The experimental setup marshalled a short-pulse, high-energy, petawatt-class laser, tuned to “relativistic intensities” around 3 x 1019 W/cm2. This was focused onto the surface of a chunk of boron nitride 0.2 mm thick. A Thompson parabola spectrometer was placed downrange to measure proton/ion plasma emissions, and plasma ions were deflected by parallel electric and magnetic fields to be recorded on an imaging plate. A nuclear track detector was use to count how many alpha particles were created via fusion.

“The results presented in this work,” reads the study, “provide the first proof of principle experimental demonstration of efficient α-particle generation from p–B fusion using a PW-class laser and the “in-target” geometry. The measured α-particle flux was ~1010/sr, thus one order of magnitude higher than previous results that were obtained with the same laser parameters but in the “pitcher–catcher” geometry. This achievement is in line with the experimental progress in p–B fusion that has been reported in the last 15 years, and confirms the advantage of triggering p–B fusion reactions using a direct irradiation scheme, at least in terms of α-particle flux.”

The researchers made a”crude” estimate that around 1.4 x 1011alpha particles were created via fusion, noting that this was a “clear underestimation” due to diagnostic limitations. They noted that “the overall conversion efficiency of the process (laser to alpha particle energy) was still low,” at about 0.005 percent, but stated that the results “allowed the qualitative support of the basic mechanism,” and offered plenty of avenues for further research.

“The demonstration of fusion reactions alone is incredibly exciting,” said McKenzie in a press release. “But on top of this, the unexpectedly high number of reactions additionally gives us important information about how to optimize our technology to further increase the fusion energy we can create.”

“HB11 Energy’s research demonstrated that its hydrogen-boron energy technology is now four orders of magnitude away from achieving net energy gain when catalyzed by a laser,” reads the press release. “This is many orders of magnitude higher than those reported by any other fusion company, most of which have not generated any reaction despite billions of dollars invested in the field. The results show great potential for clean energy generation: hydrogen-boron reactions use fuels that are safe and abundant, don’t create neutrons in the primary reaction so cause insignificant amounts of short-lived waste, and can provide large-scale power for base-load grid electricity or hydrogen generation.”

“With HB11 Energy being the only commercial entity to achieve fusion so far,” continues the release, “it is now the global frontrunner in the race to commercialize the holy grail of clean energy.”

The company also used the occasion as a chance to prod the Australian government for more local support and equipment – specifically asking for investment in a petawatt-class laser facility.

The study is open access in the journal Applied Sciences.

Loz Blain
Loz has been one of our most versatile contributors since 2007, and has since proven himself as a photographer, videographer, presenter, producer and podcast engineer, as well as a senior features writer. Joining the team as a motorcycle specialist, he’s covered just about everything for New Atlas, concentrating lately on eVTOLs, hydrogen, energy, aviation, audiovisual, weird stuff and things that go fast.
–
–
16 comments
Sign in to post a comment.
Please keep comments to less than 150 words. No abusive material or spam will be published.
Jay – 2022 Mar 29 – 06:34 AM
“HB11 Energy’s research demonstrated that its hydrogen-boron energy technology is now four orders of magnitude away from achieving net energy gain when catalyzed by a laser”
On an unrelated note, I am now four orders of magnitude away from throwing a baseball to the Andromeda galaxy.
–
michael_dowling – 2022 Mar 29 – 07:34 AM
Read it several times, and still don’t understand it. Of course, I was never good at physics in school. “𝐇𝐁𝟏𝟏 𝐄𝐧𝐞𝐫𝐠𝐲’𝐬 𝐫𝐞𝐬𝐞𝐚𝐫𝐜𝐡 𝐝𝐞𝐦𝐨𝐧𝐬𝐭𝐫𝐚𝐭𝐞𝐝 𝐭𝐡𝐚𝐭 𝐢𝐭𝐬 𝐡𝐲𝐝𝐫𝐨𝐠𝐞𝐧-𝐛𝐨𝐫𝐨𝐧 𝐞𝐧𝐞𝐫𝐠𝐲 𝐭𝐞𝐜𝐡𝐧𝐨𝐥𝐨𝐠𝐲 𝐢𝐬 𝐧𝐨𝐰 𝐟𝐨𝐮𝐫 𝐨𝐫𝐝𝐞𝐫𝐬 𝐨𝐟 𝐦𝐚𝐠𝐧𝐢𝐭𝐮𝐝𝐞 𝐚𝐰𝐚𝐲 𝐟𝐫𝐨𝐦 𝐚𝐜𝐡𝐢𝐞𝐯𝐢𝐧𝐠 𝐧𝐞𝐭 𝐞𝐧𝐞𝐫𝐠𝐲 𝐠𝐚𝐢𝐧 𝐰𝐡𝐞𝐧 𝐜𝐚𝐭𝐚𝐥𝐲𝐳𝐞𝐝 𝐛𝐲 𝐚 𝐥𝐚𝐬𝐞𝐫 ” To me,that suggests they are still quite a way from generating significant amounts of power.
–
paul314 – 2022 Mar 29 – 08:06 AM
@Jay that’s a better fastball than most major league pitchers. Congratulations.
I’d be interested in seeing your plan to close that gap.
–
mattlass – 2022 Mar 29 – 08:32 AM
If they’re a publicly traded company, I’m all in.
–
notarichman – 2022 Mar 29 – 08:32 AM
i’m not a physist, but this method seems more like fisson than fusion. breaking apart, not forcing together.
however, i applaud the innovation.
–
vince – 2022 Mar 29 – 08:34 AM
Why focus at all on fusion when we have the biggest fusion reactor possible just 93 million miles away. We only need the will power to trap that power wasted on the solar system using solar panels. It’s as simple as that. The amount of sunshine falling on the Earth is enough to power all of mankind thousands of times over–forever as long as the sun shines white instead of red. We simply need to focus on sodium battery technology to store that energy for when it’s needed. And that is coming along a lot faster than fusion which has in 75 years produced nothing but wasted money.
–
BlueOak – 2022 Mar 29 – 08:44 AM
Wouldn’t that be fun – a completely different solution vs the “traditional” multi-billion $ attempts. Kudos to creative and unconventional thinking.
–
FB36 – 2022 Mar 29 – 08:51 AM
IMHO, people who think “fusion power will never become reality” are not realizing how long it really took for some other very important tech to become reality!
For example, think about how important computer tech is to humanity today!
& think about how long it really was from Babbage’s first computer design/idea to first real/practical computer!
Or, consider how long it took going from first airplane to jet airliners!
Or, going from telegram to telephone to internet, etc!
Producing massive amounts of clean power using fusion is really possible?: Absolutely/obviously yes!
Fusion reactions can really be triggered artificially?: Absolutely/obviously yes!
There is really a lot of steady progress on fusion research?: Absolutely/obviously yes!
Then, let’s not listen to the naysayers who think “We are just keep wasting tons of money & should/must give-up!”!
–
guzmanchinky – 2022 Mar 29 – 09:33 AM
It’s exciting to see so many approaches to this puzzle.
–
see3d – 2022 Mar 29 – 10:28 AM

Fusion power is an alternative to solar power that we need if we are ever going to explore and colonize space. Having a simpler method of producing it is needed for launching things into space.