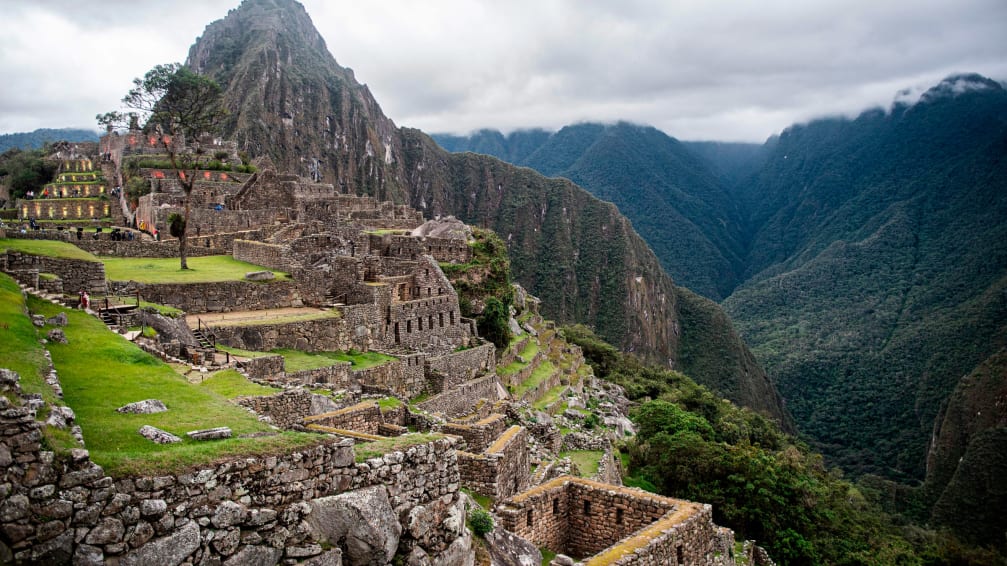 –
By Megan Marples, CNN •
Updated 2022 Apr 01
–
(CNN) — Some mistakes are hard to shake.
–
For over 100 years, one of the most famous archaeological sites in the world, Machu Picchu, has been known by the wrong name, according to a report published in Ñawpa Pacha: Journal of the Institute of Andean Studies.
–
The Incas who built the ancient city likely called it Huayna Picchu, the report said.
–
Huayna translates to “new or young,” while Picchu means “mountain peak” in the Indigenous Quechua language, said Emily Dean, professor of anthropology at Southern Utah University in Cedar City. She was not involved in the report.
–
Machu means “old,” so we’ve been calling it old mountain peak, she added.
–
The Incan settlement was believed to have been built around 1420 as an estate for royal Incas living in Cuzco, the capital of the Incan empire, according to report author Brian Bauer, professor of anthropology at the University of Illinois at Chicago.
–
When the Spaniards later conquered the Incas, Huayna Picchu was abandoned, the report said. It was hidden for centuries deep in the Andes mountains until American explorer Hiram Bingham rediscovered it in 1911.
–
Related content

The surprising reason why Vikings abandoned a successful settlement
–

In his field notes, Bingham decided to call the ancient city Machu Picchu, based on information provided to him by his guide Melchor Arteaga, a farmer who lived in the area, Bauer said.
–
During Bauer’s research into Machu Picchu, he found evidence that its original name had been something else. Report author Donato Amado Gonzales — a historian at the Ministry of Culture in Perú — independently discovered the same pattern, so they decided to team up and unearth the real name together.
–
The researchers began by looking at Bingham’s notes, where he stated he was uncertain of the name of the ruins when he first visited them. From there, Bauer and Amado Gonzales reviewed maps and atlases printed before and after Bingham’s visit.
–
One of the most stunning documents was a report from 1588 stating the Indigenous people of the Vilcabamba region were considering returning to Huayna Picchu, Bauer said.
–
The name error isn’t surprising, Dean said, because many non-Peruvian archaeologists did not put much effort into researching the names of places and didn’t fully understand Quechua.
–
“More broadly, this finding challenges the popular narrative that Hiram Bingham discovered Machu Picchu,” she said. Locals knew about the site long before Bingham arrived.
–
Related content

A name change is unlikely

Despite the discovery of the area’s original name, it’s likely to remain Machu Picchu, Bauer said.
–
“We would not suggest that the name be changed since Machu Picchu is known worldwide,” he added.
–
Machu Picchu is also published in thousands of books, articles, advertisements and legal documents, Dean said.
The Peruvian people and their government have embraced the new name, so while it’s an interesting addition to the history of the site, it won’t change the modern name, she noted.
–
–
Sign up for Unlocking the World, CNN Travel’s weekly newsletter. Get news about destinations opening and closing, inspiration for future adventures, plus the latest in aviation, food and drink, where to stay, and other travel developments.
–
–
–
Follow CNN
Tweet