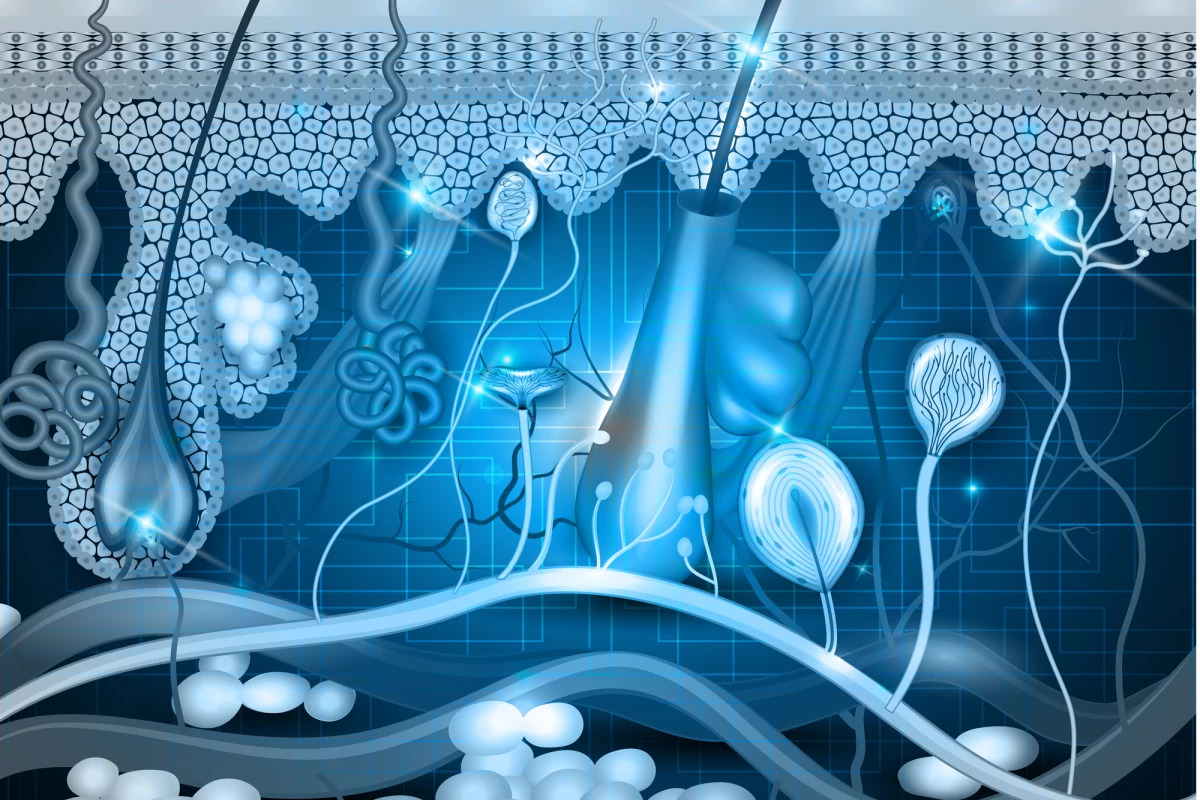 Scientists have discovered a new way to rejuvenate aging skin cells while retaining some of their specialized functions.  Depositphotos
–

2022 Apr 07
–
Through experimentation with a highly promising anti-aging technique, scientists at the UK’s Babraham Institute have demonstrated a new way of turning back the clock in human skin cells. These cells functioned like cells 30 years younger, but in what represents an exciting advance in the field, were able to still retain some of their specialized functions acquired through age.

In 2012, Japanese researcher Shinya Yamanaka earned a Nobel Prize for his work in developing what are known as induced pluripotent stem cells (iPSCs). These start out as regular adult tissue cells that are harvested and exposed to four molecules called Yamanaka factors, which return them to an immature state. From here, the stem cells can theoretically develop into any cell type in the body.

We’ve seen scientists explore this potential in a number of exciting ways, implanting them in rabbits to restore vision, addressing dopamine deficiencies in animal models of Parkinson’s disease and repairing damaged heart muscles in pigs. The full reprogramming process involves subjecting the cells to the Yamanaka factors for around 50 days, but the Babraham scientists have found that shortening this process might bring some significant benefits to the table.

When the cells undergo full reprogramming, they forego some of the specialized capabilities they’ve developed through maturation. In the case of skin cells this includes producing collagen for use in tendons, ligaments, bones and to aid in wound healing. The idea was to restore these cells to a youthful state, but not erase their identity entirely.

Called “maturation phase transient reprogramming,” the team’s new technique exposes the cells to the Yamanaka factors for only 13 days. This was found to remove the age-related changes and erase their identity, but only temporarily. Allowed to grow under natural conditions, these rejuvenated cells again took on the characteristics of skin cells, but with a fresh outlook on life.

This addresses a problem in this field of research, because while the stem cells can theoretically develop into any cell type in the body, creating the conditions where they do so with reliability has proven difficult so far. The new technique outlined in this research appears to hit a sweet spot, where the cells are refreshed but still go on to perform a distinct and important role.

By looking at chemical markers making up what’s known as the epigenetic clock and the molecules expressed by the cells, the scientists confirmed that the reprogrammed cells matched the profile of cells 30 years younger. These cells also produced more collagen than control cells, and reacted more effectively in lab experiments designed to replicate wound healing.

“Our results represent a big step forward in our understanding of cell reprogramming,” said study author Dr Diljeet Gill. “We have proved that cells can be rejuvenated without losing their function and that rejuvenation looks to restore some function to old cells.”

Interestingly, the scientists also found that the technique also appeared to have anti-aging effects on genes associated with Alzheimer’s disease and cataracts, two of which showed signs of returning to more youthful levels of activity.

“This work has very exciting implications,” said study author Professor Wolf Reik. “Eventually, we may be able to identify genes that rejuvenate without reprogramming, and specifically target those to reduce the effects of aging. This approach holds promise for valuable discoveries that could open up an amazing therapeutic horizon.”

The research was published in the journal eLife.