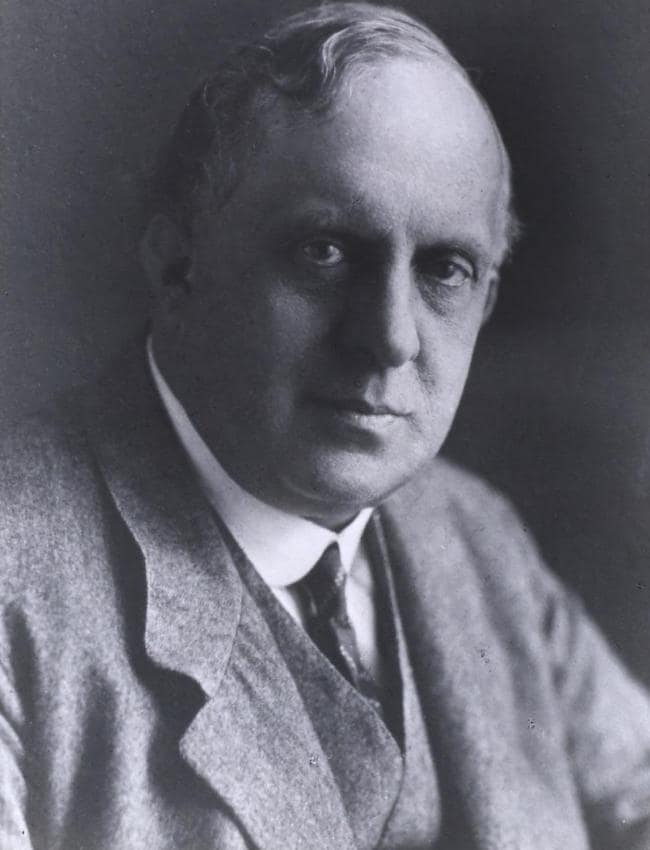 Frederick Lanchester
–
City of Canada Bay Heritage Society
Updated on 2019 Nov 18
–
When Frederick Lanchester, the man who built Britain’s first all-British car, fell on hard times in 1944 he applied to the British government for a special pension on the Civil List. He was not without some justification.
–
He had imparted so much to the world, with more than 200 inventions including power steering, four-wheel drive and even the world’s first electric petrol hybrid car. He had also given much to the development of aviation.
–
But he had always undertaken a lot of the experimentation at his own expense and was not good at converting his genius into financial success.
–
His pension application failed to mention any of his achievements, only that he might be forced to leave the home he had lived in for 21 years. His application was rejected. –

When the Society of Motor Manufacturers & Traders heard about Lanchester’s plight they took up a collection to grant him £200 a year to continue his work. It saved him from poverty. –

Although his name is not as well known as many other inventors, Lanchester  has been called the da Vinci of his time. Born in 1868 Oct 23, in Lewisham, London, England, Lanchester was the fourth of nine children to architect Henry Lanchester and his wife Octavia (nee Ward), a math and Latin tutor. –

He studied at Oxford House preparatory school, Brighton, and at 14 won a scholarship to study at Hartley Institution, Southampton, which specialized in science. –

In 1885 he was given a scholarship to study at the Normal School of Science in South Kensington, London, but dropped out without a qualification. He started taking evening classes in mechanical engineering at Finsbury Technical College, London. –

In 1888 he worked as a draftsman at the Patent Office. Even then Lanchester was thinking of ways to improve on technology, patenting the Isometrograph — a device to draw parallel lines. –

Moving to Birmingham in 1889, he became assistant works manager at the Forward Gas Engine Company. He designed improvements to engines and developed the pendulum governor in 1889 and the automatic engine starter in 1890. –

Lancaster holding a glider in about 1890
–
Lanchester also had an interest in flight, designing gliders to test principles of aerodynamics. While on a trip to the US in 1892 he saw seabirds flying and formulated his circulation theory of lift, looking at how airflow over wings provides lift. [Editor’s Note: He developed the theory of “winglets” in lift.]

Looking for a new challenge he resigned from the Gas Engine Company in 1893 to open a bicycle company with his brothers, but it closed in 1894. That same year he designed and built Britain’s first locally made motor boat.

Lanchester’s second car (1897)
–
Then he turned to cars, designing and building a 5hp “horseless carriage” in 1895. It was road tested in 1896 but he wasn’t satisfied, so the following year improved on his own technology building an 8hp car with a revolutionary two-cylinder design that eliminated the vibrations plaguing other cars at the time. It also had an air-cooled engine. That year Lanchester also patented two aircraft designs.

Teaming up with his brothers in 1899 he founded the Lanchester Engine Company. In 1902 he patented the first outboard engine for boats, along with disc brakes, power steering and four-wheel drive.

In 1904 the company filed for bankruptcy, but reconstituted itself as the Lanchester Motor Company. His inventions and ideas continued to flow, and in 1907 his vehicles featured the first accelerator pedal and he published his book Aerodynamics. In 1909 he was a founding member of the British Government’s Advisory Committee for Aeronautics.

He resigned as head designer of the Lanchester Motor Company in 1910 but remained as the company’s technical consultant, while also going to work for Daimler. In 1912 he created the first European car with an electric starter, at a time when most other cars were crank started.

During WWI he contributed to the war effort and wrote works on the significance of air power.

In 1919 he married Dorothea Cooper and the University of Birmingham gave him an honorary doctorate and people began calling him “Dr Fred”.

The Lanchester company was one of the most advanced luxury car makers during the 1920s. Its cars were preferred by royalty, including the Duke of York. Acquired by Birmingham Small Arms in 1931, the company continued to make Lanchesters in its Daimler factory. But by then Lanchester had little to do with cars. In the ’30s he published works on the Theory of Relativity and on eyesight.

Diagnosed with Parkinson’s disease in 1937 he continued to work on revising many of his old theories. During WWII he was a technical consultant to the Society of British Aircraft Constructors. He died in 1946.

The last Lanchester rolled off the production line in 1956.