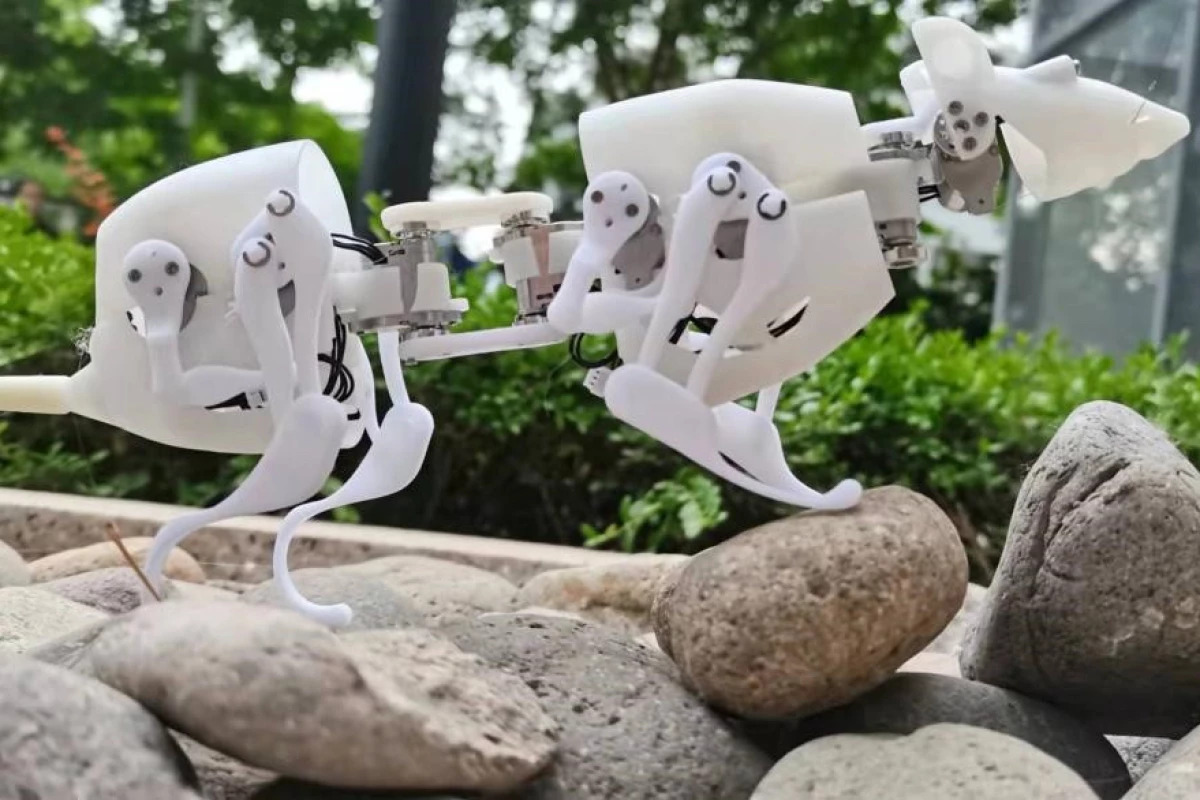 The SQuRo robot is similar in size, form and function to the Norway rat.  Qing Shi, Beijing Institute of Technology, China
–

Although “SQuRo” may sound like the name of a robotic squirrel, it actually stands for “Small-sized Quadruped Robotic rat.” It’s currently being developed at China’s Beijing Institute of Technology, by a team led by Prof. Qing Shi.

Based on the body size and form of the Norway rat (rattus norvegicus), it features two degrees of freedom in each of its four legs, two in its waist, and two in its head. This setup replicates the long flexible spine of the actual rat, allowing the robot to quickly bend its body and turn around.

It has a minimum turning radius of just 0.48 body length, which is reportedly much smaller than that of other quadruped robots of a similar scale. SQuRo is also said to be slimmer and lighter than such bots, tipping the scales at 220 grams (7.8 oz). That said, it can carry more cargo – up to 200 g (7 oz) – which could take the form of cameras or other sensors.

The robot is additionally able to right itself after falling, squeeze through irregular-shaped passages as narrow as 90 mm (3.5 in), walk over obstacles as tall as 30 mm (1.2 in), and maintain stable locomotion while climbing up a 15-degree slope. Its movements are controlled by an onboard microprocessor, which automatically switches between four basic motion modes based on the detected ground reaction force – the latter is defined as “the force exerted by the ground on a body in contact with it.”

It is hoped that once the technology has been developed further, SQuRo could be utilized for tasks such as searching for survivors at disaster sites, or performing inspections of difficult-to-reach areas.

A paper on the research was recently published in the journal IEEE Transactions on Robotics.

1 comment
Sign in to post a comment.
Please keep comments to less than 150 words. No abusive material or spam will be published.
–
paul314 – 2022 Apr 19 – 11:10 AM
When the singularity comes, this is what will be printed by hacked 3D printers, and will infest battery warehouses.
–
–
Tweet