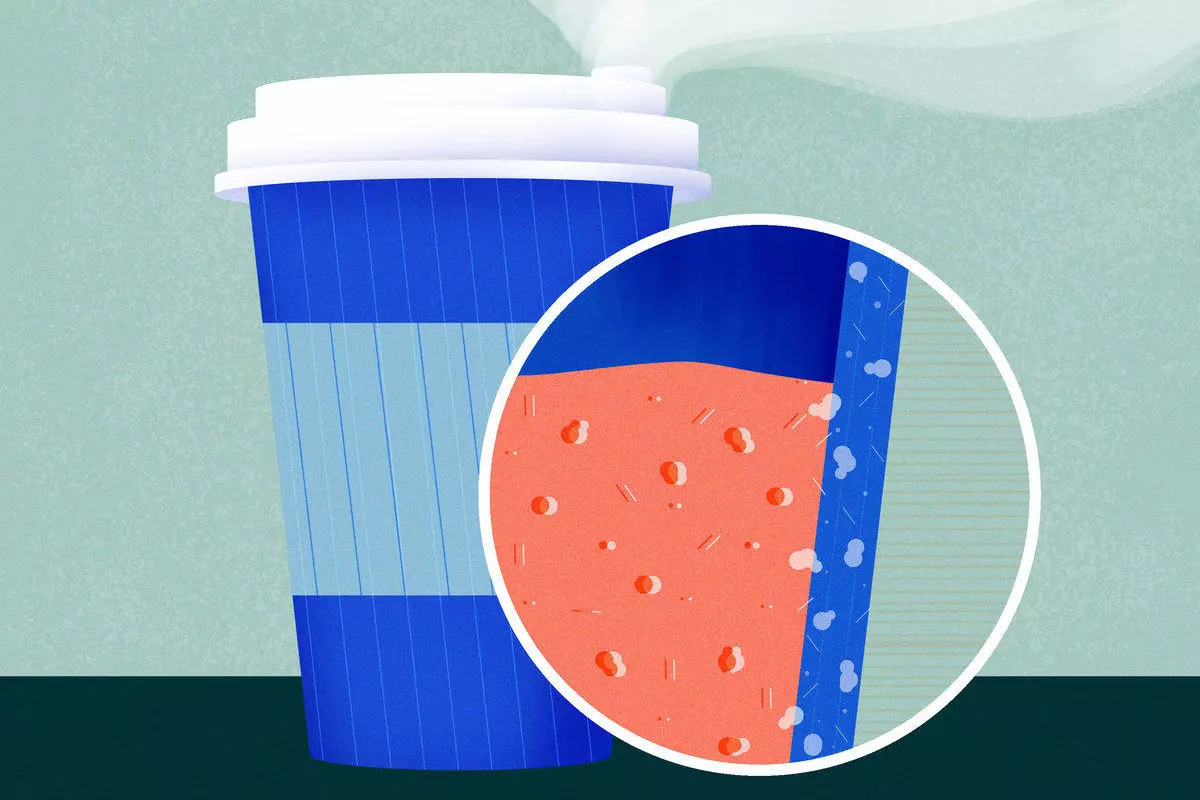 A new study has shown that coffee cups lined with a plastic film on the inside can release trillions of particles into boiling water.  N. Hanacek/NIST
–

Getting a handle on the true dangers posed by the widespread problem of plastic pollution involves understanding the different ways it moves through the environment, including its migration into the human body. A new study has explored the ways everyday plastic products can facilitate this process, including single-use coffee cups, which were shown to release trillions of microscopic particles when exposed to hot water.

While plastic pollution such as grocery bags and soda bottles are a problem on their own, scientists are increasingly concerned with what happens when they break down into or release smaller particles. This could occur through the corrosive forces of the ocean, the fibers shed through laundry cycles, or as one 2018 study showed, the plastic particles that leach into bottled water.

For this new study, researchers at the US National Institute of Standards and Technology (NIST) examined the way tiny plastic particles can be released from common plastic products, including food-grade nylon – the type used as baking liner – and single-use beverage cups lined with low-density polyethylene (LDPE) film.

The cups were exposed to boiling water for 20 minutes. To count the tiny plastics in the liquid, the scientists turned to a technique used to detect tiny particles in the atmosphere, in which the water was sprayed out into a fine mist and then dried. This left behind plastic particles just nanometers in size, which were then exposed to a hot alcoholic vapor that caused them to swell in size, making it much easier to tally them up and examine their chemical composition. 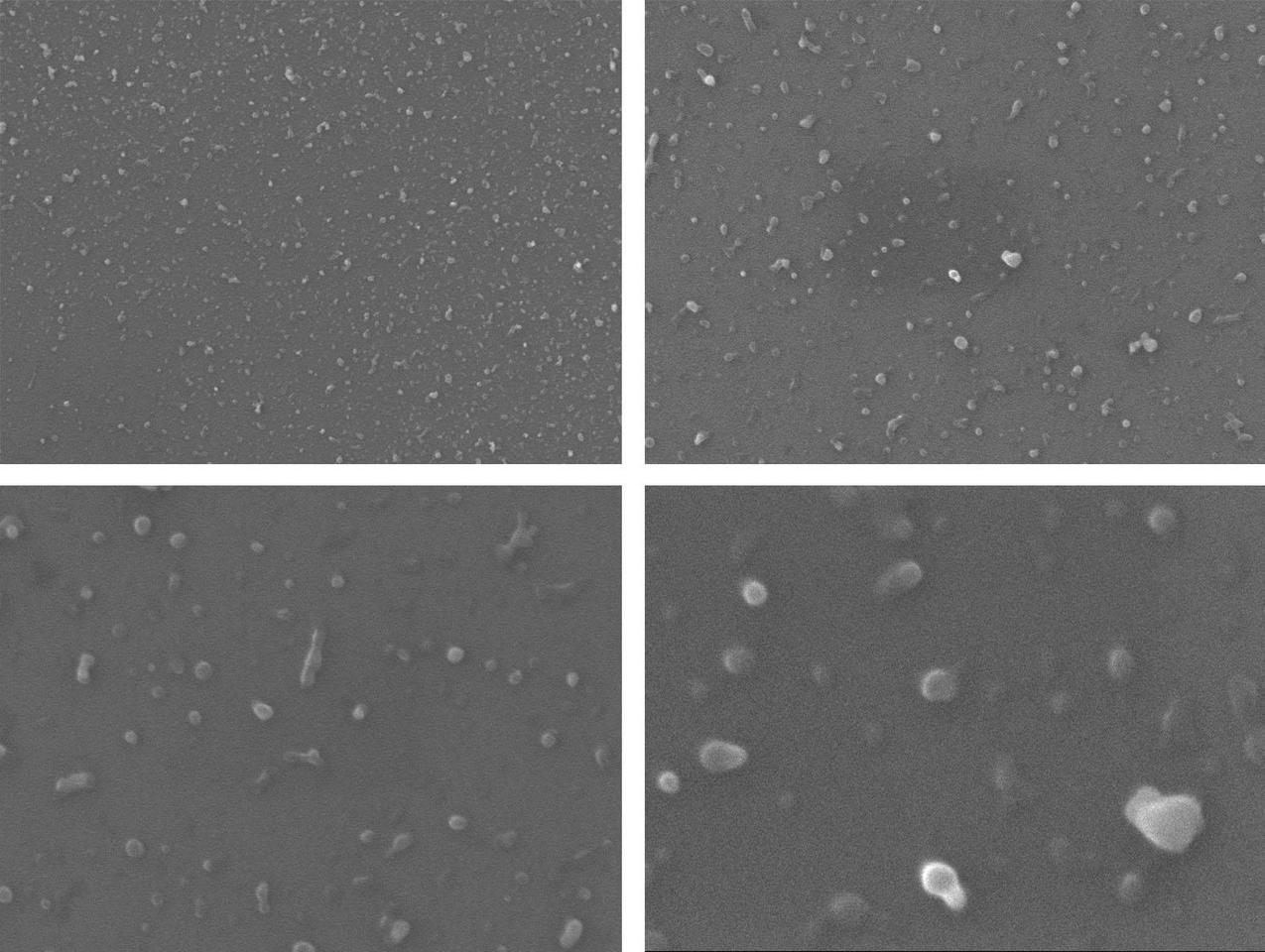 High resolution images of the nanoparticles found in single-use beverage cups.  C. Zangmeister/N. Hanacek/NIST
–
The team’s analysis revealed trillions of particles in the water sampled, with an average size between 30 and 80 nanometers, and a handful over 200 nanometers. In parallel experiments on the food-grade nylon, the amount of plastic particles released into the water was actually seven times higher.

“The main takeaway here is that there are plastic particles wherever we look,” said NIST chemist Christopher Zangmeister. “There are a lot of them. Trillions per liter. We don’t know if those have bad health effects on people or animals. We just have a high confidence that they’re there.”

The significance of the discovery lies in the size of the particles. These microscopic flecks of plastic are small enough to slip into human cells. What happens once they are in there is still an open question, though research has begun to hint at the detrimental effects plastic particles may have in this location. This includes studies demonstrating how they can alter the shape of human lung cells and have toxic effects on cells more broadly. The findings could also add some context to other discoveries in this space recently, in which scientists have found plastic particles in the human bloodstream, human tissue and stool samples, and deep in live lungs for the first time.

“In the last decade scientists have found plastics wherever we looked in the environment,” said Zangmeister. “People have looked at snow in Antarctica, the bottom of glacial lakes, and found microplastics bigger than about 100 nanometers, meaning they were likely not small enough to enter a cell and cause physical problems. Our study is different because these nanoparticles are really small and a big deal because they could get inside of a cell, possibly disrupting its function.”

The research was published in the journal Environmental Science and Technology.