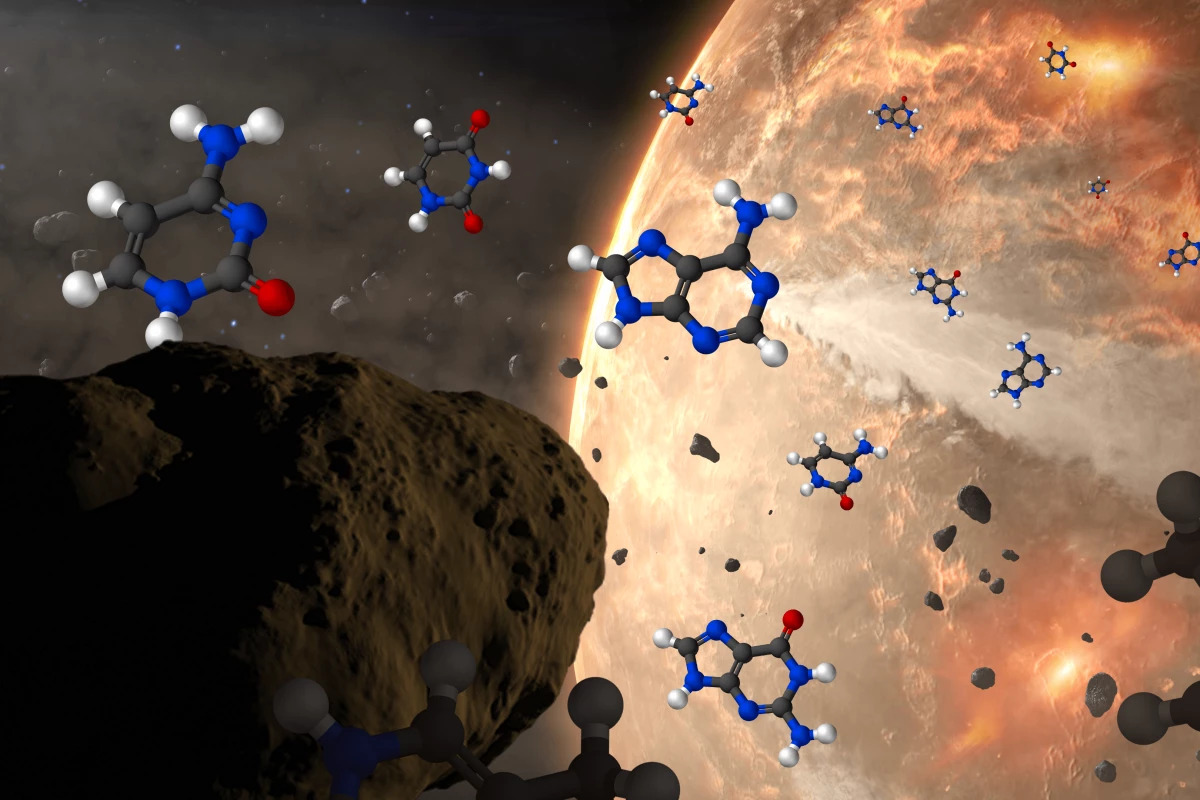 DNA and RNA are made up of five organic molecules called nucleobases – adenine, cytosine, guanine, thymine and uracil. That’s the ACGT letter code used to represent DNA, while RNA swaps thymine for uracil. Adenine, guanine and uracil have all previously been discovered in meteorite fragments, but the researchers on the new study have now found the last two, cytosine and thymine, for the first time.

The team says that the reason these two nucleobases have eluded detection in the past may be because their structure is more fragile than the others. Normally, when scientists want to examine compounds in a meteorite sample, they place grains in hot formic acid and then analyze the molecules in the resulting solution. But this process can destroy some compounds.

So for the new study, instead of hot meteorite tea the researchers tried making a cold brew, using cool water. That more gentle process, along with more sensitive analytical instruments that can detect smaller amounts of the molecules, allowed the team to finally pick up the fragile cytosine and thymine.

Although all the ingredients to make DNA and RNA may have been present in ancient asteroids and comets, it’s unlikely that they would have begun forming these complex polymers in space. But it does support the idea that these ingredients originated in space before being deposited on Earth, where they could then be used by emerging lifeforms.

“We now have evidence that the complete set of nucleobases used in life today could have been available on Earth when life emerged,” said Danny Glavin, co-author of the study.

The full set of five nucleobases joins a growing list of compounds crucial for life that have been detected in meteorites and comets. That includes amino acids and their precursor molecules, sugars, organic compounds, molecules with life-specific structures, and even brand new proteins.

The team also says the new cooler, more gentle extraction technique could be used to make future analyses of extraterrestrial samples more accurate, including those returned by probes like Hayabusa2 and OSIRIS-REx.