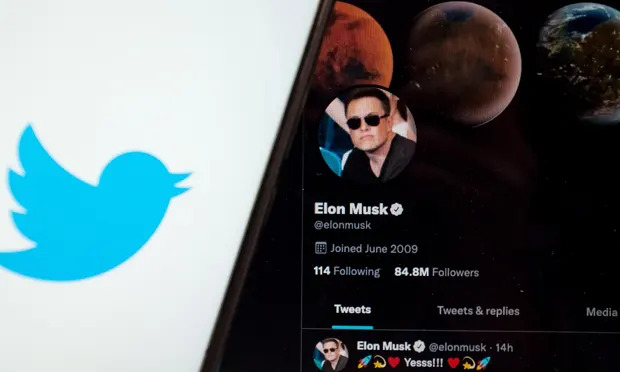 “Twitter is a global platform in which Musk’s clichéd first amendment zealotry will confront some hard realities.” Photograph: Nikolas Kokovlis/NurPhoto/REX/Shutterstock
–

Here’s a juxtaposition that many American observers may have missed in the hubbub over Elon Musk’s purchase of Twitter: just last Friday the European Union provisionally agreed to the most far-reaching internet regulation in a generation. The Digital Services Act, or DSA, will force the largest online platforms to be transparent about their activities and assess and mitigate the harms their products may cause. And it’s just the start. Governments around the world have their sights set on regulating big tech. It’s a big enough issue for the billionaire owners of other platforms; imagine the pressures Musk will face when governments dangle benefits for Tesla or SpaceX in exchange for tougher content moderation against their critics.

Whether Musk accounted for the regulatory changes ahead is unknown. Either way, Twitter is a global platform in which his cliché first amendment zealotry will confront some hard realities. One is that governments expect the companies to police their platforms to deal with everything from the illegal (think terrorist content, child exploitation) to the “awful but lawful” (hate speech, electoral disinformation, foreign manipulation). Another is that, for Twitter to be broadly usable – indeed, for it to pursue its stated purpose of serving the public conversation – it needs rules to limit the racism, misogyny, antisemitism, Islamophobia and other ugly content that are not just awful for users but are specifically designed to drive marginalized communities off the platform.

The choice for Musk is stark: double-down on his facile theory of online free speech and make the platform unpalatable for users and governments alike, or admit that times (and Twitter) have changed and he needs an approach that maximizes the platform’s value for everyone, users and public alike.

Jillian York: Users are right to be worried

For more than a decade, people around the world have come to rely on Twitter’s microblogging service as if it were the global town square. Although the platform has certainly come with its fair share of problems, Twitter’s policy and safety teams have made significant strides in recent years to improve user experience.

As such, those users are right to be worried about the company’s purchase by Musk. He’s made numerous oblique references to free speech on the platform, but his minimal elaborations about what that means to him have been contradictory at best. Musk calls himself a free speech “absolutist” but has emphasized his desire to defeat the site’s spam bots and “authenticat[e] all humans.” Doing so would probably require users to submit identification of some sort, effectively ending real anonymity on the platform and creating a risky proposition for many users around the world, who may be wary about handing over their ID to a platform that complies with government requests for data.

International users should be cautious: In a recent interview with TED founder Chris Anderson, Musk stated that he thinks “obviously Twitter or any forum is bound by the laws of the country that it operates in.” While true on face, this ignores Twitter’s long history of aggressively fighting in court to protect the free speech rights of its users, and refusing legal demands to remove content when deemed unjust.

If Musk retains the company’s experienced teams and can learn to listen to experts, Twitter may be just fine. But if he continues to operate with the same level of hubris that got him here, it may be time for us to start looking for a new online home.

Jeff Kosseff: Will Twitter keep in mind the benefits of anonymity?

Much of the discussion about Musk’s Twitter purchase has focused on how the platform’s content moderation practices may change. I agree that is a vital issue, but it is not the only one.

Twitter has a longstanding policy of allowing users to operate pseudonymously. Unlike competitors such as Facebook, Twitter does not require users to operate under their real names. “We’re not wedded to pseudonyms,” then-Twitter CEO Dick Costolo said in 2011, “we’re wedded to letting people use the service in the way they see fit.”

As I document in my new book about anonymous speech, Twitter’s anonymity-friendly policies have allowed members of many marginalized groups to use the platform in ways that they never would have been able to had they been required to post under their real names: political dissidents around the world, domestic abuse victims, and so many others.

We do not know what, if any, changes to these policies Musk plans. In a news release announcing the purchase on Monday, Musk included “authenticating all humans” as one of his goals for improving Twitter, but did not specify how Twitter would accomplish his goal. Perhaps authentication would mean a technology – such as Captcha – that does not require disclosure of identifying information. Or Twitter may offer all users the option of having verified accounts, but still allow pseudonymous posters who do not verify their identities. A far more troubling route would be to require all users to verify their identities. As Twitter figures out how it plans to authenticate all humans, I hope that it will keep in mind the benefits of anonymity to so many people.

Roger McNamee: A symbol of America & a policy failure

Elon Musk’s acquisition of Twitter is emblematic of America in 2022: a nation dominated by plutocrats whose freedom to operate is unconstrained by laws or countervailing power.

The directors of Twitter, a public company, accepted a $46.5bn go-private offer from a billionaire who approached them without a plan, financing, or having followed SEC rules for such transactions. The deal will take place at a price significantly below where Twitter’s stock traded last summer, and was consummated in a matter days, limiting the opportunity for alternative bidders to compete. The notion that a serial violator of SEC rules can undertake one of the largest go-private transactions in history without regulatory scrutiny is disappointing, but not surprising.

Musk has a great opportunity. Despite being the most important internet platform for politicians, celebrities and journalists, Twitter has never achieved its financial potential, and has a cumulative net loss since inception. The product is deeply flawed. Content moderation policies have failed to prevent Twitter from becoming what its most active users call “a hellsite” overrun by harmful content.

We do not know if Musk will make Twitter better, but the fact that unaccountable billionaires like Musk and Mark Zuckerberg have so much influence on our democracy is a policy failure. 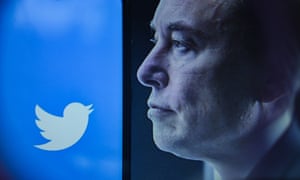