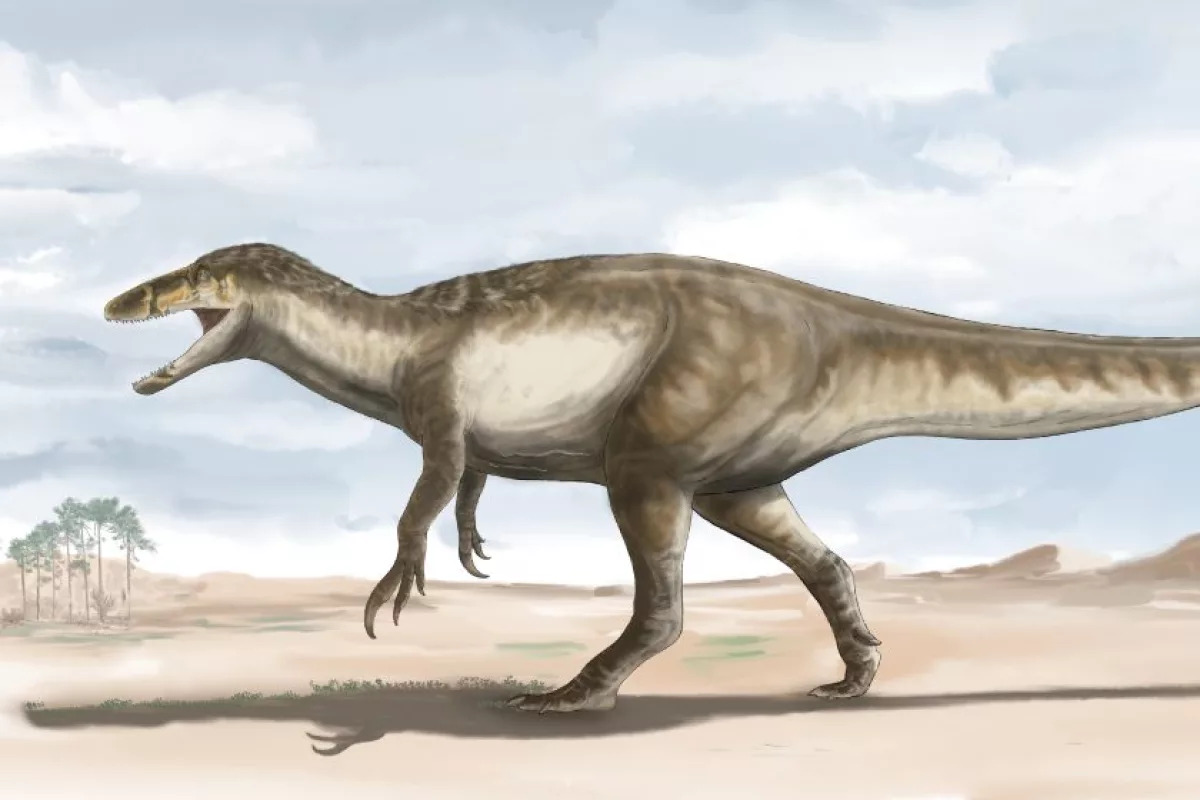 An artist’s illustration of how the newly discovered large megaraptor Maip macrothorax might have looked in life.  Agustín Ozán
–

Michael Irving
2022 Apr 28
–
Paleontologists have discovered the largest raptor dinosaur ever found. The new species, known as Maip macrothorax, was a super predator of the megaraptor family that stalked the forests of Argentina some 70 million years ago.

Raptors have become one of the most iconic dinosaurs, thanks largely to the Jurassic Park movies. Megaraptors, as you might expect, were much bigger, with most species ranging between 6 and 8 m (20 and 26 ft) long and standing a few feet taller than an adult human.

They may not have been as large and powerful as fellow carnivores like the T-rex, but they were arguably even more terrifying. Megaraptors were born to run – their long, slender legs and semi-hollow bones indicate they were lightweight and very agile. After they chased down their prey, they would have grabbed hold of it with their unusually beefy arms, ripping into their meal with curved claws measuring up to 35 cm (14 in) long.

The newly discovered species is the biggest megaraptor found so far. Maip macrothorax is estimated to have been between 9 and 10 m (30 and 33 ft) long and would have weighed around 5 tons.

To many people, the name might not sound as fearsome as the animal deserves, but the meaning behind it is fitting. “Macrothorax” refers to the creature’s large chest cavity, while “Maip” is the name of an evil spirit from the mythology of the Tehuelches people, indigenous to Patagonia where the fossil was found.

“For the Tehuelches, Maip represented the shadow that death leaves in its wake, while we imagine that, during the Cretaceous, this great predator with its enormous size would have caused something similar,” said Mauro Aranciaga Rolando, first author of the study.

The fossils were originally discovered in 2019, before the dig was interrupted by the outbreak of the COVID-19 pandemic in early 2020. The team hopes to return to the site to look for more bones in early 2023.