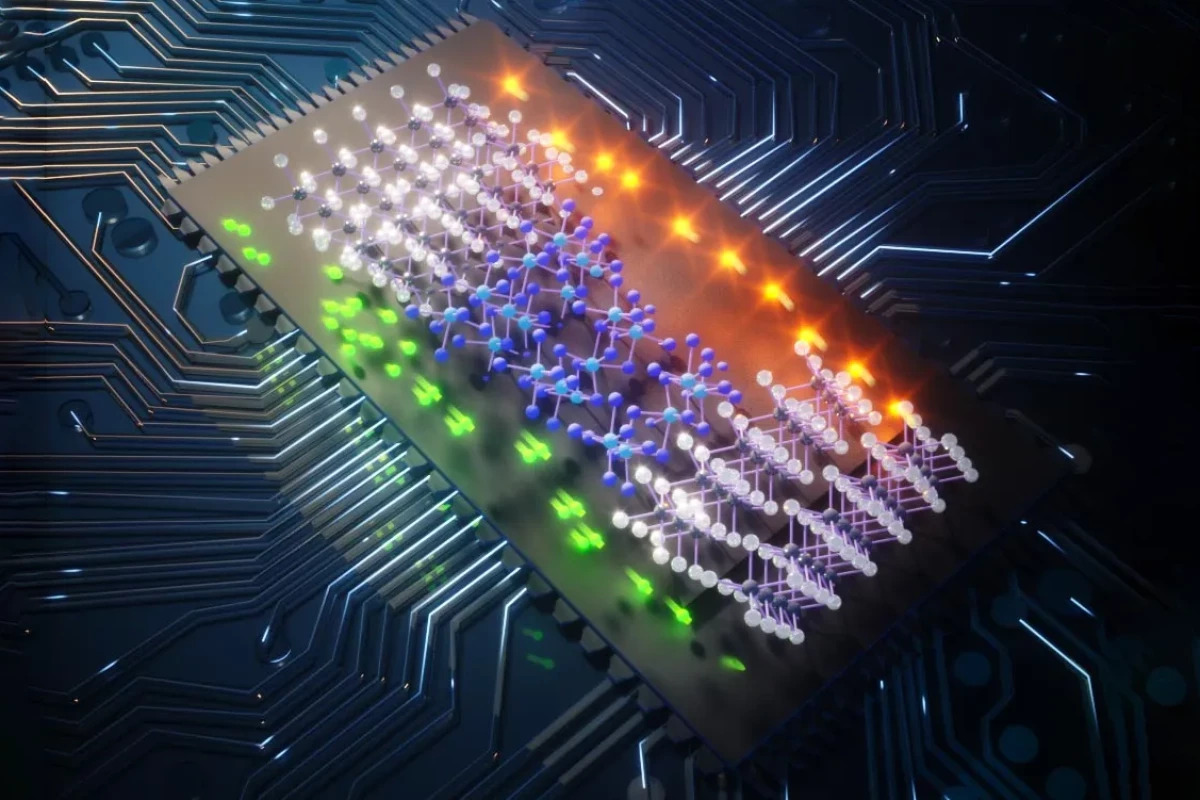 Superconductors can make electronic devices hundreds of times faster, and completely eliminate energy loss, but they’ve only been useful for certain applications, since it’s been impossible to prevent them from conducting in all directions without the use of magnetic fields. Building computers without being able to control the direction of flow? Not possible. So, we’re stuck with semiconductors, and Moore’s Law is starting to bump into their limits.

Hence the magnitude of this discovery. Associate professor Mazhar Ali and a team at TU Delft have published new research in the journal Nature that opens the door to superconducting diodes and portends nothing less than revolutionary change in the speed and energy efficiency of electronics.

Where semiconductors can have a built-in fixed dipole, effectively making it harder for electrons to travel one way than the other, superconductors have no such built-in potential, so it’s only been possible to induce one using a magnetic field. That’s an extremely difficult thing to keep control of at the nanoscale level, so it’s not practical for electronics.

To break through this limitation, Ali and the team had to bring in a novel quantum material under development by a materials physics team at Johns Hopkins University. Like graphene, Nb3Br8 is a 2D material used in atomically thin slices, but it had been theorized to host its own electric dipole.

So Ali and his team created what it called “Quantum Material Josephson Junctions” – sandwiches of two superconductors with the quantum material Nb3Br8 in the middle. “We were able to peel off just a couple atomic layers of this Nb3Br8 and make a very, very thin sandwich – just a few atomic layers thick – which was needed for making the Josephson diode, and was not possible with normal 3D materials,” Ali explained in SciTech Daily.

“Many technologies are based on old versions of JJ superconductors,” Ali continued. “For example, MRI technology. Also, quantum computing today is based on Josephson Junctions. Technology that was previously only possible using semiconductors can now potentially be made with superconductors using this building block. This includes faster computers, as in computers with up to terahertz speed, which is 300 to 400 times faster than the computers we are now using. This will influence all sorts of societal and technological applications. If the 20th century was the century of semiconductors, the 21st can become the century of the superconductor.”

The researchers built and tested “many devices” using different batches of materials, finding a strongly directional Josephson diode result each time. They tried reversing the diode, and they tried applying various magnetic fields to the junctions to see what effects that might have. The diode showed no resistance in the forward direction, normal resistance in the backward direction, and it worked with zero applied magnetic field.

The research to date has been done at extremely cold temperatures, below 77 Kelvin (-196 °C, -321 °F). Thus, the next challenge is to raise the temperature into a zone where electronic devices could realistically be cooled by liquid nitrogen. This says Ali, should be achievable using “known High Tc Superconductors.”

Then there’s manufacturing. “The second thing to tackle is scaling of production,” said Ali. “While it’s great that we proved this works in nanodevices, we only made a handful. The next step will be to investigate how to scale production to millions of Josephson diodes on a chip.”

Ali says it would make sense to implement this superconducting technology in server farms and supercomputers. “Centralized computation is really how the world works now-a-days,” he said. “Any and all intensive computation is done at centralized facilities where localization adds huge benefits in terms of power management, heat management, etc. The existing infrastructure could be adapted without too much cost to work with Josephson diode based electronics. There is a very real chance, if the challenges discussed in the other question are overcome, that this will revolutionize centralized and supercomputing!”

The research is published in the journal Nature.

Loz Blain
Loz has been one of our most versatile contributors since 2007, and has since proven himself as a photographer, videographer, presenter, producer and podcast engineer, as well as a senior features writer. Joining the team as a motorcycle specialist, he’s covered just about everything for New Atlas, concentrating lately on eVTOLs, hydrogen, energy, aviation, audiovisual, weird stuff and things that go fast.
–
–
2 comments
Sign in to post a comment.
Please keep comments to less than 150 words. No abusive material or spam will be published.
–
guzmanchinky – 2022 Apr 28 – 05:54 PM
It’s these quiet advances that will bring us to our unrecognizable future.
–
Chris Rawson-Harris – 2022 Apr 28 – 07:13 PM

When will New Atlas stop reporting on “2D” materials? There is and never will be such a material, even if it is only one atom thick.
The concept of two dimensions can not relate to any material. For example a geometric plane can have two dimensions, length and breadth. A material MUST have a thickness and hence MUST ALWAYS be three dimensional.
Please, Mr. Blaine, stop using this nonsensical terminology.
–
–