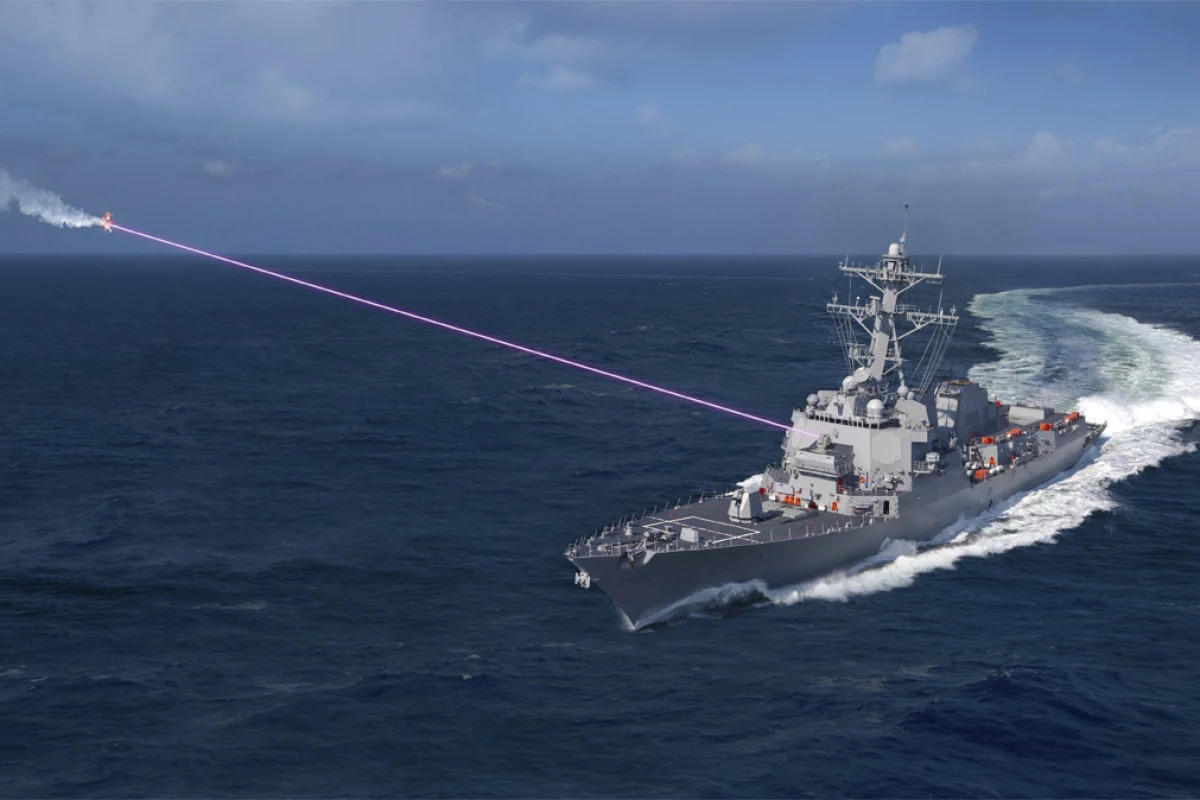 Sponsored by the US Office of Naval Research (ONR) and conducted in partnership with the Office of the Under Secretary of Defense (Research and Engineering) and Lockheed Martin, the February 2022 test was intended not only to demonstrate the ability of laser weapons to track and take out large targets like the drone in question, but also a variety of threats, such as robotic fixed-wing aerial vehicles, quadcopters, and subsonic cruise missiles.

According to the Navy, laser weapons have a number of advantages. Using a high-resolution telescope, the system can track and help identify incoming targets and determine how much damage the laser inflicts on a target. In addition, laser weapons can be scaled back to disable sensors or dazzle hostile forces without permanently blinding them.

Unlike earlier laser weapons, which were powered by chemicals, the LLD is solid-state, composed of coils of glass optical fibers doped with various elements. These coils can be bundled and the lasers they generate can be combined into a single, powerful beam and projected through optics that aim it, focus it, and compensate for atmospheric distortion.

In addition, laser weapons require no explosives or propellants, which makes them inherently safer to keep aboard ships, and it has a theoretically unlimited supply of ammunition so long as power is available, allowing for costs of about a dollar per shot.

The Navy has previously deployed laser weapons in 2014 aboard the USS Ponce in the Persian Gulf and the USS Portland in 2021 that disabled drones without shooting them down. Both were demonstrators and the Navy has no plans to field the LLD as a standard weapons system. But the latest test shows the increasing capabilities of the technology, including the use of artificial intelligence to track and target threats.

“The Navy performed similar tests during the 1980s but with chemical-based laser technologies that presented significant logistics barriers for fielding in an operational environment,” said Dr. Frank Peterkin, ONR’s directed energy portfolio manager. “And, ultimately, those types of lasers did not transition to the fleet or any other service.”

–
Military US Navy Laser weapon Lockheed Martin New Atlas Audio
–
David Szondy
David Szondy is a freelance journalist, playwright, and general scribbler based in Seattle, Washington. A retired field archaeologist and university lecturer, he has a background in the history of science, technology, and medicine with a particular emphasis on aerospace, military, and cybernetic subjects. In addition, he is the author of a number of websites, four award-winning plays, a novel that has thankfully vanished from history, reviews, scholarly works ranging from industrial archaeology to law, and has worked as a feature writer for several international magazines. He has been a New Atlas contributor since 2011.
–
7 comments
–