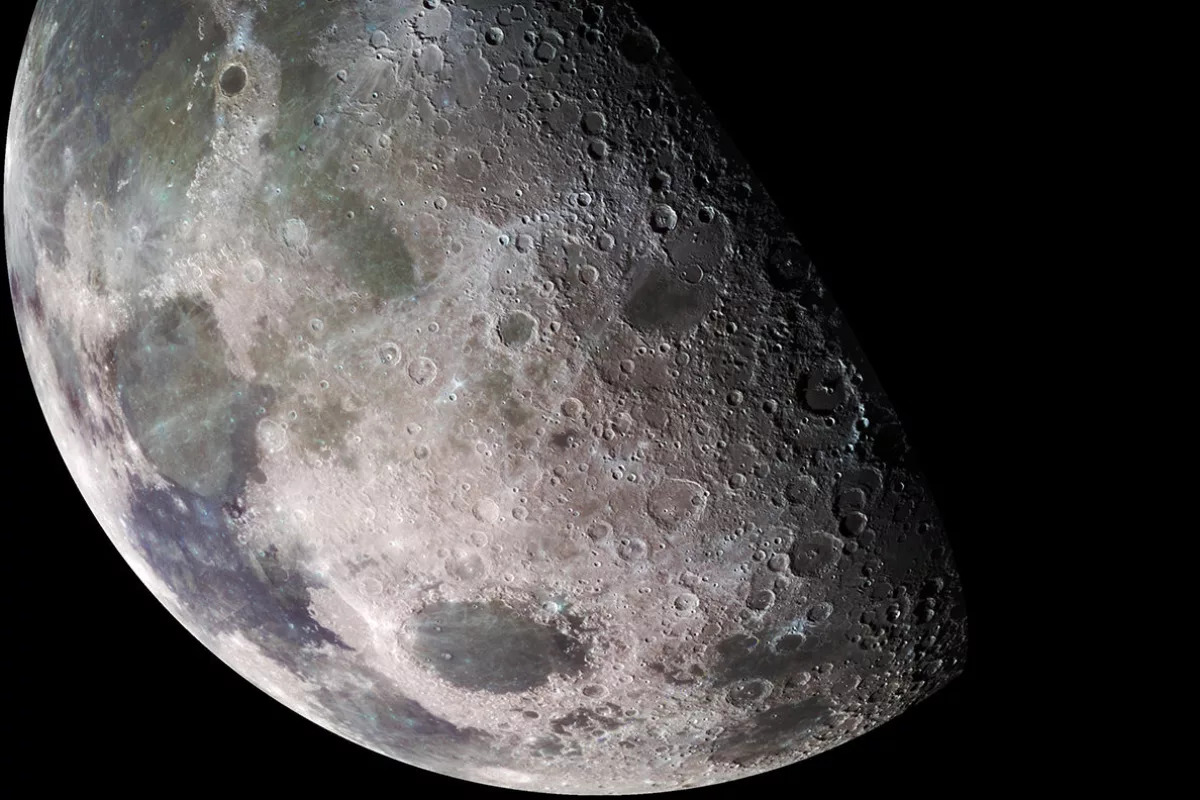 The Moon as seen by the Galileo deep-space probe in 1992.  NASA/JPL/USGS –

Over the past decade or so, water has been detected on the Moon by many spacecraft. Most of it appears to be in the form of ice that’s particularly concentrated around the poles, while other regions of the lunar surface may host water-rich minerals. Tracking the vital stuff could inform the locations of future crewed missions to the Moon.

But how did that water get there in the first place? The most widely accepted explanation is that the majority was delivered by comet and asteroid impacts over billions of years, but some of it may have been deposited as hydrogen and oxygen ions from the solar wind. Yet more may date back to the formation of the Moon itself, when a huge protoplanet crashed into the early Earth 4.4 billion years ago, bringing some water with it.

Now, researchers from the University of Alaska Fairbanks have proposed a new mechanism that could account for a portion of the water on the Moon – it rains down from the Earth’s atmosphere for a few days every month.

The Earth’s magnetic field creates a bubble known as the magnetosphere, which protects us from cosmic rays. This bubble is rounded at the leading edge and forms a point behind the planet, much like the tail of a comet. And for five days every month, the Moon passes through this tail.

Some of the Earth’s field lines are broken, with only one end still connected to the planet, and hydrogen and oxygen ions from the atmosphere can escape into space through these. However, when the Moon passes through the magnetotail, it causes some of these broken field lines to reconnect, sending the loose ions hurtling back towards Earth. Some of these strike the surface of the Moon.

“It is like the Moon is in the shower – a shower of water ions coming back to Earth, falling on the Moon’s surface,” said Gunther Kletetschka, lead researcher on the study.

The researchers calculate that billions of years of this process could have dumped 3,500 km3 (840 miles3) of water on the lunar poles. And that’s just based on the lowest volume calculation, where only one percent of the ions escaping Earth reach the Moon.

Of course, the Moon’s water most likely arrived through a variety of mechanisms, of which this new idea is just one.