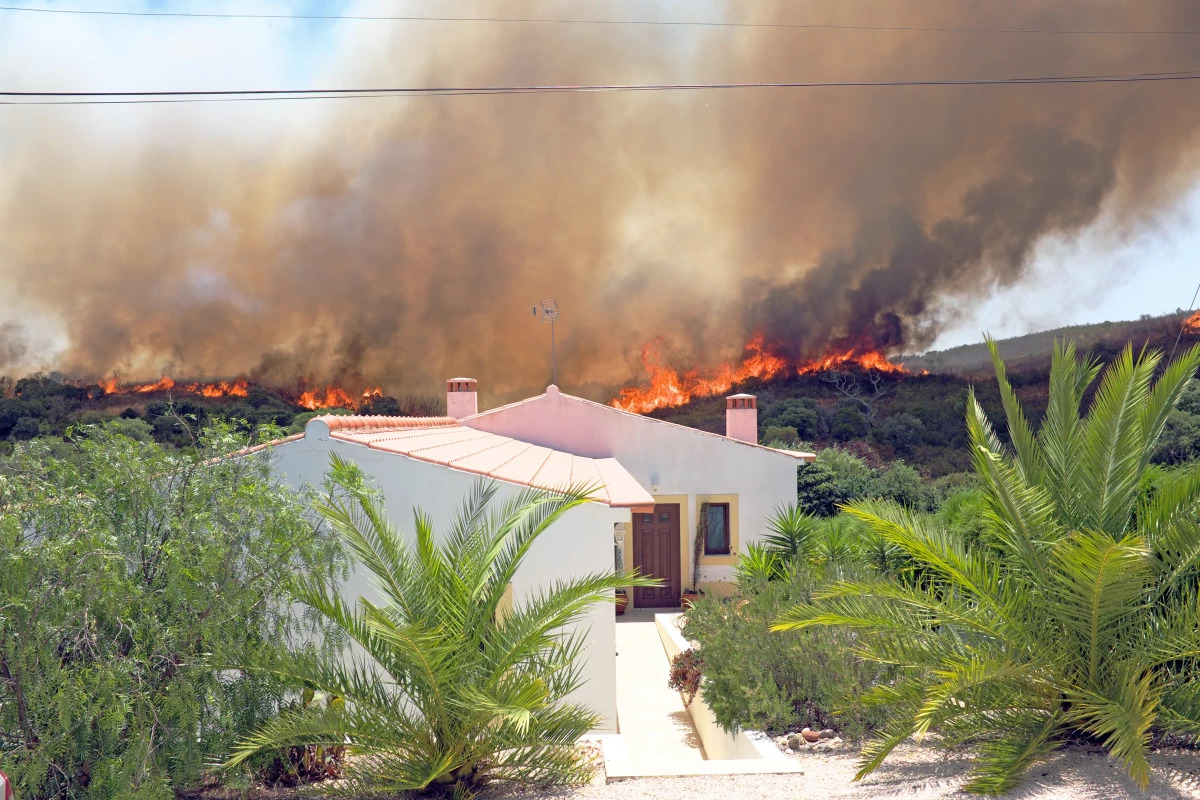 People living within 50 km of a wildfire displayed higher incidences of lung cancer and brain tumors over a 10-year period.  Depositphotos

The acute health effects from being exposed to a wildfire are well known. Higher rates of asthma and cardiovascular disease are often reported when air quality plummets during a wildfire. A number of adverse pregnancy outcomes are often also seen in the wake of a big wildfire.

But little is known about the long-term health effects of being exposed to these events. This new study set out to fill that gap in the knowledge by looking at health data from around two million people in Canada spanning a period of 20 years.

“Wildfires tend to happen in the same locations each year, but we know very little about the long-term health effects of these events,” said Scott Weichenthal, one of the authors on the new study. “Our study shows that living in close proximity to wildfires may increase the risk of certain cancers.”

The researchers are cautious to stress these findings are observational and do not point to specific causal associations. Because this is the first study to investigate a potential long-term association between wildfire exposure and cancer risk there is plenty more work needed to understand exactly what could be driving this link.

It is suggested in the study that it is likely there are a number of ways a wildfire could increase cancer risk in surrounding populations, beyond simply being exposed to smoke during the immediate days and weeks of a fire. Soil and water contamination, for example, has been previously detected in the months and years following a wildfire. This contamination can include heavy metals and other volatile organic compounds.

“Moreover, there is also a concern that wildfire-derived pollutants could be retained in indoor environments for long periods of time, but few studies have examined this question,” the researchers noted in the new study. “One study reported detectable concentrations of char in wipe samples collected from homes 3–8 months after a major wildfire event in New Mexico, USA.”

The study also suffers from lots of limitations that will need further research to unpack. For example, the study found similar cancer risk increases in populations with low and high wildfire exposures.

The researchers suggest the characteristics of different wildfire exposures will need to be clarified in further studies. Maybe some wildfires subject populations to more dangerous pollutants. And other questions remain unanswered, such as what are the long-term health impacts from a big, single wildfire compared to a population exposed to several smaller wildfires over a number of years?

Still, the findings are novel and in light of the increase in rates of wildfire around the world due to climate change the researchers indicate there is a global urgency to understanding the long-term health effects of these events.

“… in light of the study limitations, and because this is the first epidemiological study investigating associations between wildfires and cancer risk, we emphasize that a causal effect cannot be ascertained from this single study,” the researchers reiterated in their conclusion to the study. “Further work is needed to refine exposure metrics used in estimating the chronic health effects of wildfires as well as replication in different geographical locations and populations.”

The new study was published in The Lancet Planetary Health.