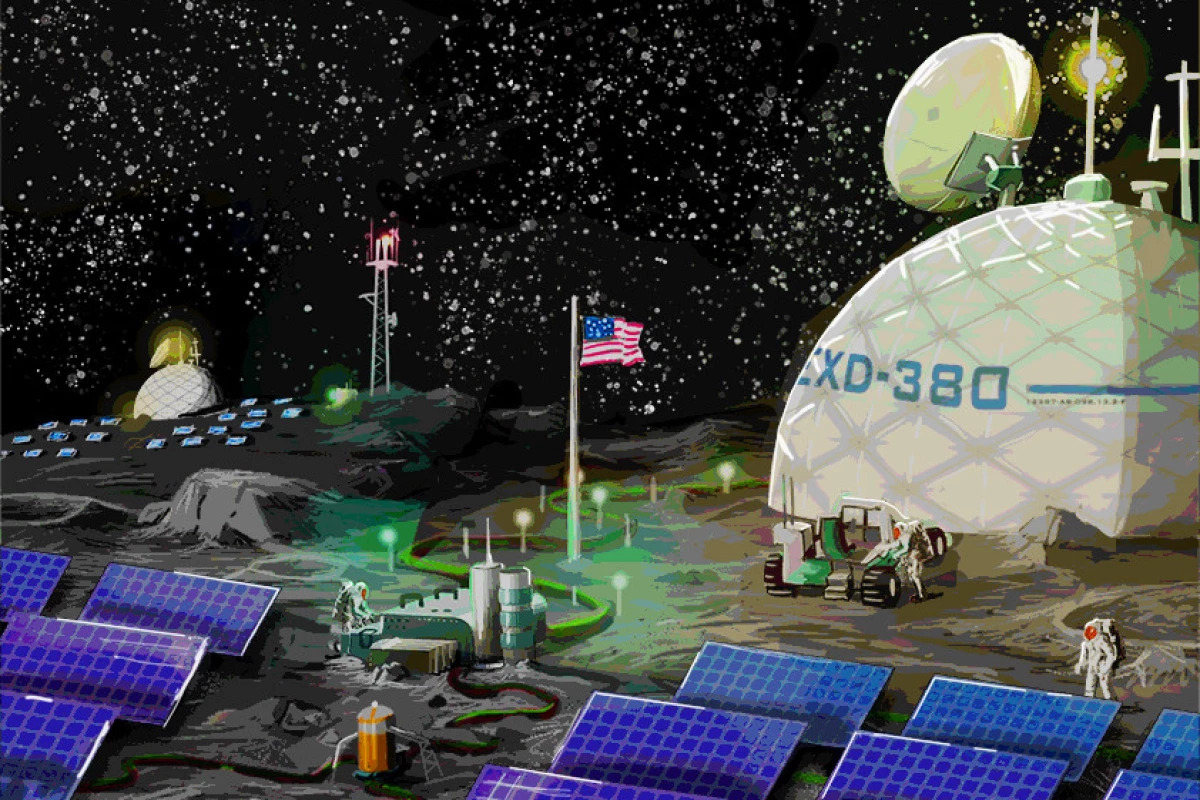 2022 May 15
–
To keep the lights on in NASA’s Artemis human lunar outpost, Sandia National Laboratories is developing electrical micro-grids to handle the power distribution from the Moon base’s mini nuclear reactors to the various living and support facilities.
–

NASA’s ambition to establish a permanent human presence on the Moon as a rehearsal for an eventual crewed mission to Mars poses tremendous engineering challenges that make building the International Space Station (ISS) look like a barn raising. Not only would a Moon base be a thousand times farther away from Earth than the space lab, it would require an entirely new approach to solving problems.

One of the biggest challenges will be providing electrical power for the outpost. Because the base is expected to be inhabited for up to two months at a time, it will have to operate through the 14-day lunar night. This means that solar panels aren’t a practical option, so a series of small nuclear reactors are being developed to be used in conjunction with panels or instead of them.

However, there’s more to it than just cranking out volts. The base will need a mini grid to transmit the power and ensure the supply is regular and stable. As an added complication, the base will consist of two facilities. One will be the habitat and the second will be a complex for mining and fuel processing that will be located several miles away.

The proposed micro-grids, one at each facility and connected to one another, will be similar to the one used to power the ISS, but will require some fundamental alterations. For example, it has still to be decided if the grids will run on direct current or alternating current that is then converted to DC at the habitat.

Other problems include developing systems and software to regulate electricity at the processing plant so the voltage levels remain even as demand shifts across time scales ranging from milliseconds to entire seasons. To do this, Sandia has developed a Scalable Microgrid facility and control-system-design methodology to study the Moon base’s energy requirements and specifications.

The idea is to produce a top-down design, where the control system is developed first along with the energy storage specifications, then the components to meet those specifications are developed. In addition, the micro-grids will need to be over-engineered for resilience, yet flexible enough for one grid to cooperate with another.

“There are some very important differences between something like an ISS-type micro-grid to something that has the extent of a Moon base,” said Jack Flicker, a Sandia electrical engineer. “One of those differences is the geographic size, which can be problematic, especially when running at low DC voltages. Another is that when you start to extend these systems, there will be a lot more power electronics as well as a lot more distributed energy resources that will exist throughout the base. Sandia has been looking at micro-grids with a lot of distributed energy resources for quite a long time.”

–
Space Sandia Labs Moon Artemis NASA Power Management New Atlas Audio
–
–
David Szondy
David Szondy is a freelance journalist, playwright, and general scribbler based in Seattle, Washington. A retired field archaeologist and university lecturer, he has a background in the history of science, technology, and medicine with a particular emphasis on aerospace, military, and cybernetic subjects. In addition, he is the author of a number of websites, four award-winning plays, a novel that has thankfully vanished from history, reviews, scholarly works ranging from industrial archaeology to law, and has worked as a feature writer for several international magazines. He has been a New Atlas contributor since 2011.
–
–

Unless they can recycle the panels there easily, they will be broken by meteors. They would be far better off with CHP and store heat to make power in the long dark.
And the waste heat after making power, heats the complex.
–
–