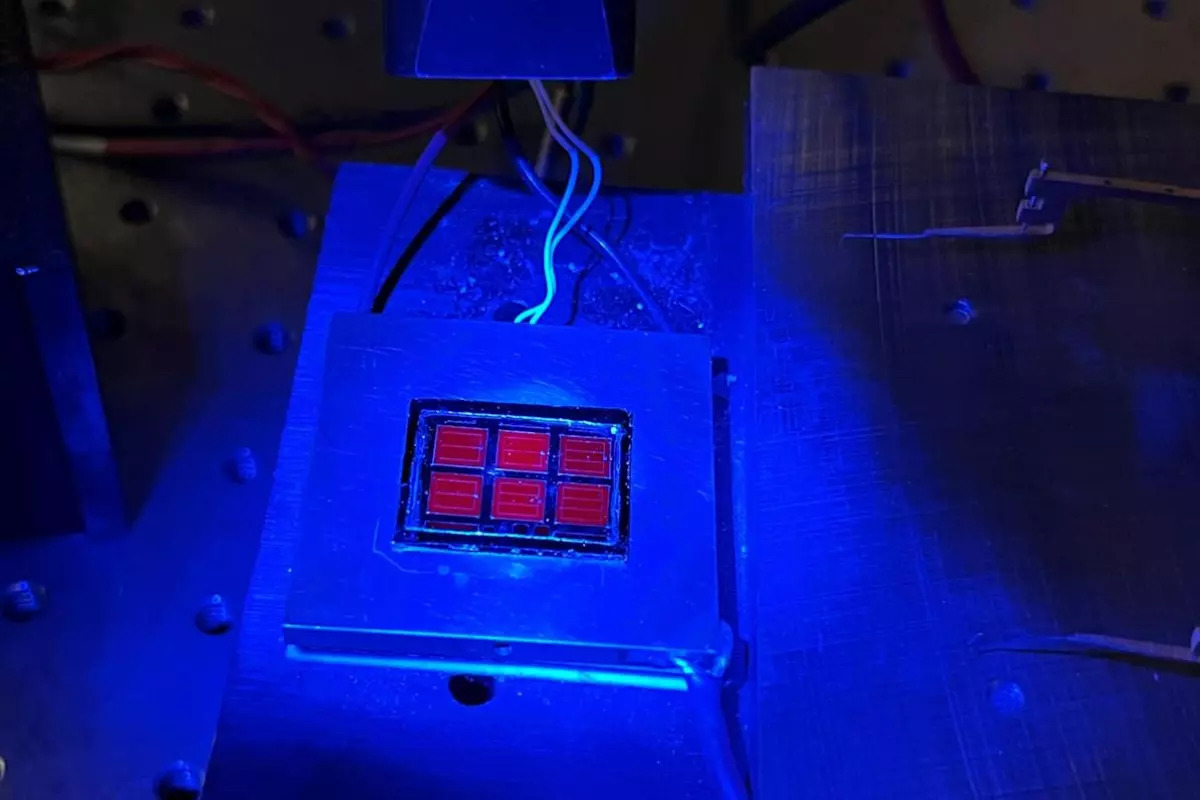 –
By Michael Irving
2022 May 19
–
Researchers at the National Renewable Energy Laboratory (NREL at Golden, Colorado) have broken the world record for solar cell efficiency. Reaching almost 40 percent, the new device boasts the highest efficiency recorded for any type of solar cell in real-world conditions.

The team’s new solar cell clocked an efficiency of 39.5 percent, under lighting conditions equivalent to that of the Sun. That’s an important distinction to make – other experimental solar cells have registered efficiencies as high as 47 percent, but that’s under highly concentrated light. Measuring their efficiency under “one-Sun” illumination gives a better indication of how well they might perform in the real world.

The new solar cell tops the team’s own previous record of 39.2 percent from 2020. By comparison, commonly used silicon solar cells and emerging perovskite solar cells top out around 25 percent efficiency, while tandem solar cells that combine both materials are approaching 30 percent.

The NREL solar cell was also tested for how well it would perform in space, if it were to be used to power satellites and other spacecraft. Under those conditions, it achieved a respectable 34.2 percent efficiency.

The new solar cell is based on an architecture known as inverted metamorphic multijunction (IMM) cells, and contains three “junctions,” the components that produce electric current in response to light. Each of those junctions is made of a different material – in this case, that’s gallium indium phosphide on top, gallium arsenide in the middle, and gallium indium arsenide on the bottom. These three materials specialize in different wavelengths of light, allowing the solar cell as a whole to harvest more energy from across the light spectrum.

Another advance that contributed to the new record efficiency was to build the middle layer with “quantum wells.” Essentially, by sandwiching a conductive layer between two other materials with a wider band gap, electrons are confined to two dimensions, which allows the material to capture more light. The middle layer of this solar cell contained up to 300 quantum wells, boosting the overall efficiency to new heights.

The breakthrough may be important for solar cell technology, but the team says that manufacturing this type of cell is still rather expensive. Further work will be needed to bring those costs down and open up new applications.