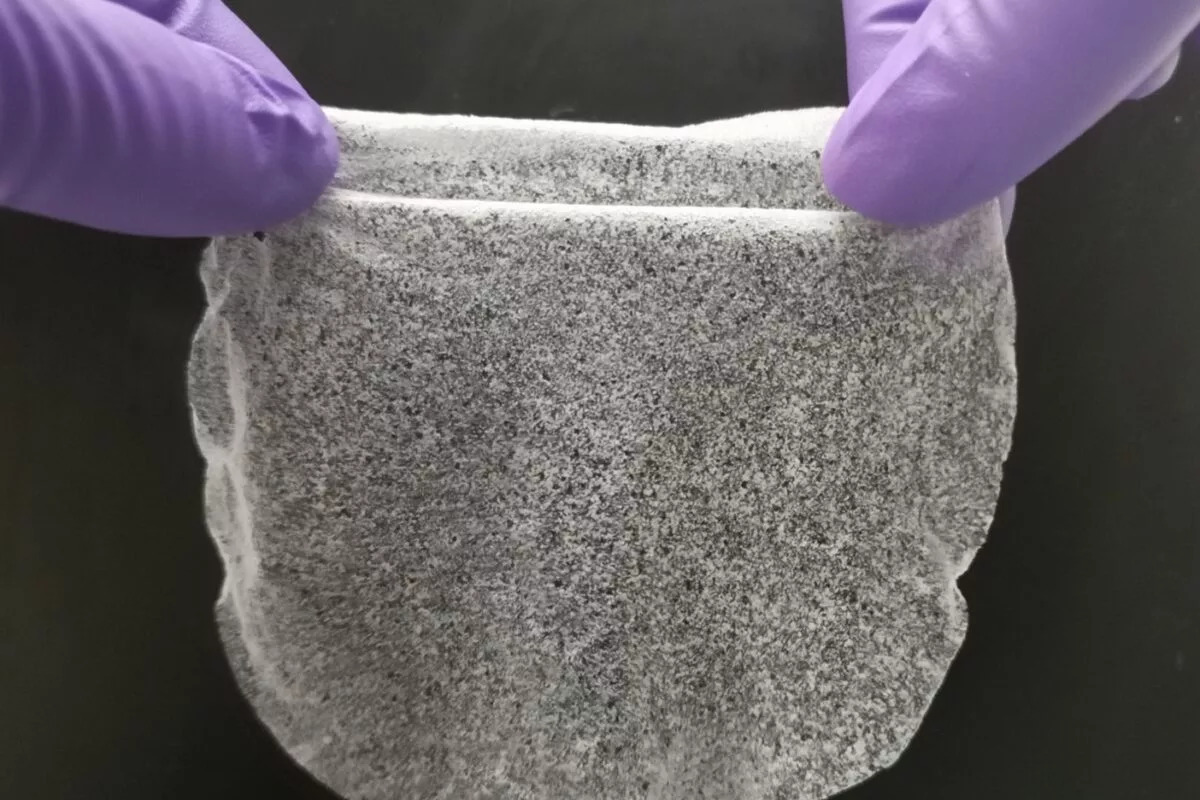 A sample of the new gel film, which can pull huge amounts of drinking water out of thin air.  University of Texas at Austin

The gel is made up of two main ingredients that are cheap and common – cellulose, which comes from the cell walls of plants, and konjac gum, a widely used food additive. Those two components work together to make a gel film that can absorb water from the air and then release it on demand, without requiring much energy.

First, the porous structure of the gum attracts water to condense out of the air around it. The cellulose meanwhile is designed to respond to a gentle heat by turning hydrophobic, releasing the captured water.

Making the gel is also fairly simple, the team says. The basic ingredients are mixed together then poured into a mold, where it sets in two minutes. After that it’s freeze-dried, then peeled out of the mold and ready to get to work. It can be made into basically any shape needed, and scaled up fairly easily and at low-cost.

In tests, the gel film was able to wring an astonishing amount of water out of the air. At a relative humidity of 30 percent, it could produce 13 L (3.4 gal) of water per day per kilogram of gel, and even when the humidity dropped to just 15 percent – which is low, even for desert air – it could still produce more than 6 L (1.6 gal) a day per kilogram.

And the new gel film’s efficiency could be improved even further, the team says, by creating thicker films, absorbent beds, or other array formations of the material. Perhaps most importantly, the material is extremely inexpensive to produce, costing as little as US$2 per kilogram. That’s another major factor in scaling up the technology and getting it to remote areas and developing countries, where it’s needed the most.