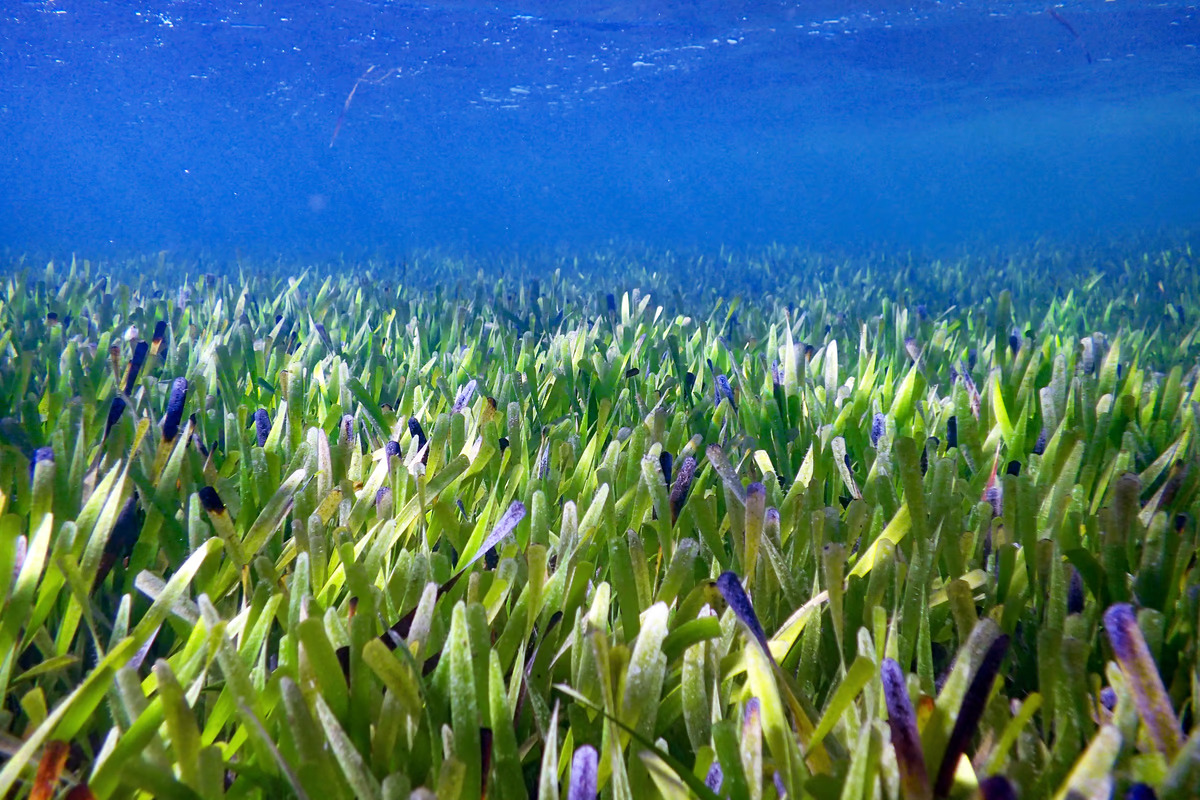 A section of the seagrass meadow that’s now been found to be the largest plant in the world.  University of Western Australia

Michael Irving
2022 May 31
–
Researchers have discovered what seems to be the largest plant in the world – a meadow of seagrass off the coast of Western Australia that covers a total of 200 km2 (77 miles2). The entire expanse has grown from just one seedling, spreading by cloning itself.

The project began as scientists from the University of Western Australia and Flinders University set out to study the genetic diversity of seagrass meadows in the Shark Bay area. The team took samples of shoots from all across the region, in several different environments, then examined 18,000 genetic markers to create profiles of the plants.

“The answer blew us away – there was just one!” said Jane Edgeloe, lead author of the study. “That’s it, just one plant has expanded over 180 km (112 miles) in Shark Bay, making it the largest known plant on Earth. The existing 200 km2 of ribbon weed meadows appear to have expanded from a single, colonizing seedling.”

The seagrass claims the record pretty comfortably, in terms of area at least. The previous record holder for largest plant was an aspen tree in Utah nicknamed Pando, which has cloned itself into a similar colony connected by one root system. Pando covers just 0.4 km2 (0.2 miles2), meaning the seagrass is over 400 times more expansive. That said, Pando would likely be larger in terms of biomass.

Either way, the giant seagrass meadow has a few other claims to fame as well. The team calculated its age to be at least 4,500 years, and uncovered how it’s managed to cope with environmental change despite its lack of genetic diversity. It’s a polyploid plant, meaning it actually contains the two full genomes from its parent plants, rather than half-and-half.

“Polyploid plants often reside in places with extreme environmental conditions, are often sterile, but can continue to grow if left undisturbed, and this giant seagrass has done just that,” said Dr. Elizabeth Sinclair, senior author of the study. “Even without successful flowering and seed production, it appears to be really resilient, experiencing a wide range of temperatures and salinities plus extreme high light conditions, which together would typically be highly stressful for most plants.”

The team plans to investigate the plant further to uncover more secrets about how it thrives.

The research was published in the journal Proceedings of the Royal Society B.

Michael Irving
Michael has always been fascinated by space, technology, dinosaurs, and the weirder mysteries of the universe. With a Bachelor of Arts in Professional Writing and several years experience under his belt, he joined New Atlas as a staff writer in 2016.
–
–
1 comment
Sign in to post a comment.
Please keep comments to less than 150 words. No abusive material or spam will be published.
Malcolm Jacks – 2022 Jun 01 – 12:46 AM
It didn’t say how fast it was growing ? and could it be a means of food? or other uses like carbon collection etc. Good Stuff.