Playgrounds at about 300 schools have been renovated, benefiting students but also addressing the climate crisis.

Aliya Uteuova
Last modified on 2022 Jun 02
–
This was the reality for roughly 300 US public schools until they joined a program that completely transformed them. They range from a Brooklyn school now graced with flowers, trees and a gazebo to a “little oasis of green space” in Philadelphia. And a new initiative to replace 28 schoolyards has just been launched in Los Angeles.
–

Not only does green space make the schools a happier place, it addresses inequality, because the schools in question often enroll lower-income students of color. It also makes them more resilient to the climate crisis, whether in the form of extreme heat or torrential rainfall.

Here are before and after shots of some of the transformations.

In the middle of the 20th century, asphalt-paved streets and highways became a quintessential part of the American landscape. Asphalt, an aggregate of petroleum products, was widely used in parks, schoolyards and playgrounds. “As new schools were built, that [asphalt] was thought of as the way for kids to recreate,” said Mary Alice Lee, director of the New York City branch of Trust for Public Land (TPL), a national non-profit that builds green space in areas with the greatest need, and is spearheading the makeovers.

But asphalt absorbs and then emits heat throughout the day – a problem in the already baking south and west, and a growing concern in places like the north-east, where the average temperatures are increasing. In green schoolyards, “it’s amazing when kids really notice how much cooler it is on a hot day,” Lee said.

The program got its start in the 90s, when TPL began transforming vacant New York City lots into parks for public use because of a lack of green spaces. Schoolyards were the next step. “We want to connect people with the land,” said Lee. “Where in New York City is there space for playgrounds and park areas? Schoolyards, and a lot of them have just asphalt parking lots.”

In New York City, the largest school system in the country, more than 200 public schools have had a playground makeover. All of them serve a dual purpose as public parks after school, on weekends and during school holidays.

As part of their curriculum, students survey the school and the community on what they want the playground to look like. Jungle gyms, basketball courts, gazebos and green areas are among the amenities that students request the most.

“My favorite thing is the garden, because it’s so colorful with flowers around,” said Lewarly Vallejo Vásquez, a second-grader at PS 377 Alejandrina Benítez de Gautier school in Brooklyn. Recalling the concrete schoolyard that was there before, Vallejo Vásquez says, ‘‘it was hard and painted one solid color.” Last year, TPL unveiled the renovated schoolyard with newly planted trees, a garden, turf ground, jungle gym, a gazebo and picnic tables with benches, among other amenities. “And now it’s squishy, not that slippery, and much more colorful,” Vallejo Vásquez says.

Ann Radish, a science teacher at PS 377, saw a noticeable change in children’s relationship with the schoolyard. There were fewer scratches and requests for Band-Aids. “It’s not really up to children to entertain themselves any more,” Radish says. “There are structures outside that help them interact with each other, and not worry about not having anything to do.”

Radish tries to hold classes outside once a week. One of the ways she encourages students to interact with the space is through nature bingo, a game where kids identify plants and flowers in the garden.

The garden is designed to soak up rainwater, Radish has noticed. Known as rain gardens, these depressed areas in the ground use vegetation and soil to absorb rainfall and reduce stormwater runoff. School districts and water department engineers plan these water-capturing elements together to help cities deal with changing weather patterns.

Research shows that outdoor recreation and access to green spaces greatly benefits children’s development and health. Yet 36% of the nation’s public school students go to school in a heat island, where temperatures are at least 1.25F warmer on average than the surrounding town or city. Black and Hispanic students lose the most learning because of hot school days, and heat-absorbing asphalt that compounds throughout the day is part of the problem.

Eleven schools in Pennsylvania have gone through playground transformations so far, last month. More than half of 12,000 people living within a 10-minute walk to the school are Black, and 62% are low income.

“A lot of families have relocated to Olney from other countries, including refugee families,” said Owen Franklin of the Pennsylvania branch of TPL. “There’s a very strong sense of community identity and pride here, yet this is a community that is challenged by generations of inequality and the impact of policies that are not only unequal but racist.”

The new schoolyard includes six new trees, and roughly 5,000 sq ft of asphalt area have been replaced by turf. Schoolyard renovation costs in Philadelphia range from $600,000 to more than $1m, according to Franklin. Along with their children, parents also reap the benefits of these green spaces.

“Before, it was just an acre of asphalt,” said Denis Devine, parent of two students at Adaire elementary school in Philadelphia, which completed a green schoolyard renovation in 2017. “Nobody would be hanging out, baking in the sun,” he recalled. Now parents spend time in the schoolyard under the shade, and “enjoy a little oasis of green space in a pretty asphalt-heavy neighborhood”.

Keeping the schoolyards open as public parks can be controversial, because it can lead to littering and more maintenance. Advocates say it’s worth it. Millions of people living in the United States, including 28 million kids, don’t have access to green spaces. People of color and low-income households in cities are less likely to live within a 10-minute walk of a park. An analysis commissioned by TPL argues that green renovations are beneficial in the long run because they don’t have to be repaved and they lower heating and cooling costs. In addition, the analysis argues green spaces improve student attendance and performance.

Later this Summer, the California branch of TPL is breaking ground in their first pilot project in Los Angeles, transforming a one-acre yard at Castellanos elementary school. The public charter school serves nearly 550 students, over 90% of whom are Latino or Hispanic.

Lee, who spearheads the New York City schoolyard redesigns, says one of her favorite parts of the job is seeing children dig into the ground and plant something in the schoolyard that they helped design.

“A lot of these kids live in apartment buildings – they might not have a back yard,” Lee said. “This might be one of the first times or the first time that they planted anything and got to be one on one with nature.”
–
– 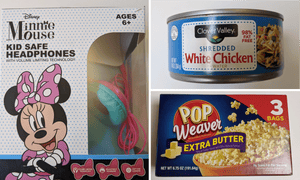 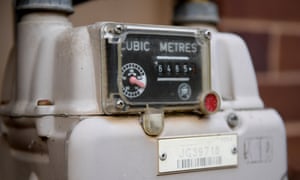