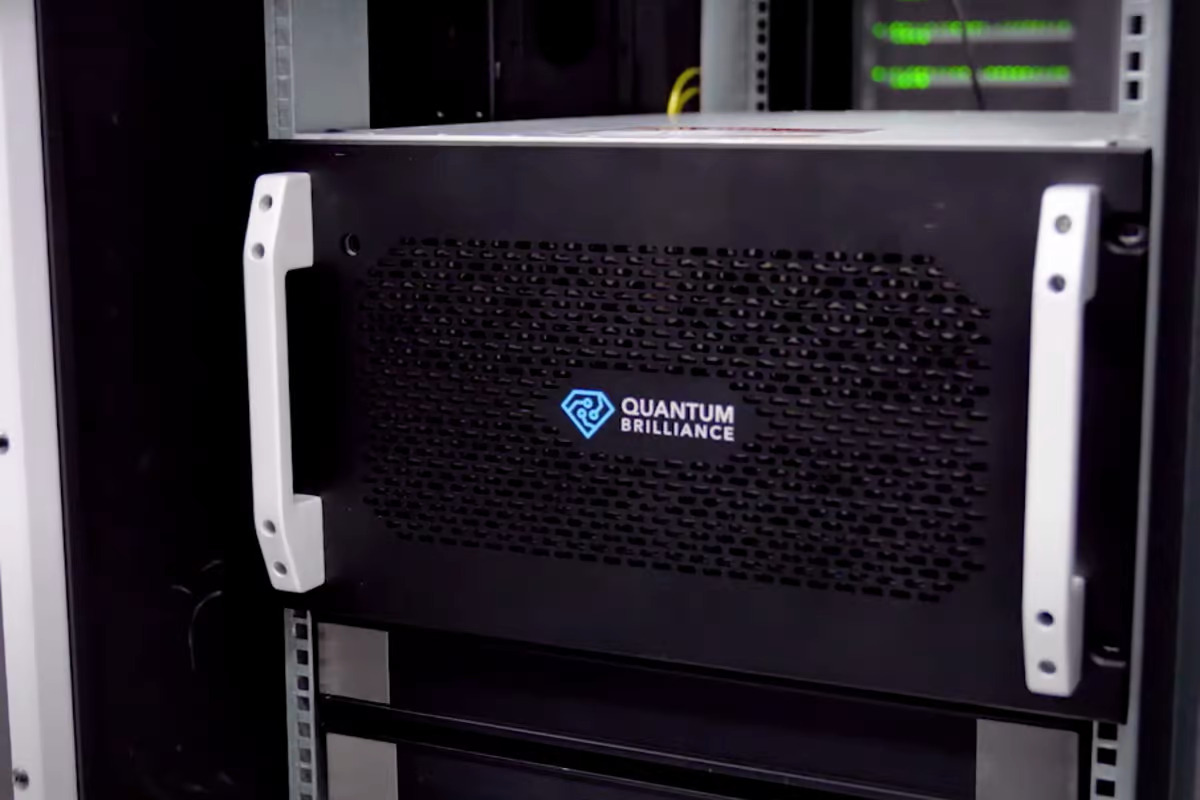 Quantum computers have the potential to drastically outperform traditional machines, by tapping into the spooky world of quantum physics. They can perform calculations much faster because quantum bits (qubits) of information can exist in multiple states at once, and data can be transmitted instantaneously through quantum entanglement.

The problem is, most existing quantum computers use superconductors as their qubits, which only operate at temperatures just above absolute zero. That heavy duty cooling adds a huge amount of bulk, cost and energy consumption, limiting where these quantum computers can be used.

Quantum Brilliance, however, has developed a quantum computer processor that can run at room temperature. Its qubits aren’t made of superconductors but defects in diamond lattices, which are far less sensitive to thermal vibrations and more resistant to mechanical shocks too.

And now, that quantum processor has been installed at the Pawsey Supercomputing Research Centre in Perth, Western Australia. That marks the first time a quantum computer has been integrated directly into a rack alongside a traditional supercomputer – in this case, Pawsey’s new HPE Cray Ex supercomputer, Setonix.

The facility will be used to test hybrid models of quantum and traditional computing, allowing researchers to offload some computation tasks to the quantum processor to take advantage of its unique strengths. Hopefully, this will not only fuel new discoveries directly, but help scientists who haven’t yet had access to quantum computers understand them better.

“This will provide a testbed where real applications can be proved, so our researchers can do more effectively – enabling science and accelerating discovery,” said Mark Stickells, Pawsey’s Executive Director.

The team describes the milestone in the video below.