By Karen A. Cerulo, Professor of Sociology, Rutgers University
And

But Jiminy Cricket got it wrong.

We’re often taught that we are free to dream – to imagine our future possibilities.

Yet in a large research project we conducted with over 270 participants living in the U.S., we found that people’s dreams are restricted in very specific ways. Our book “Dreams of a Lifetime: How Who We Are Shapes How We Imagine Our Future,” shows how.

Through interviews and focus groups conducted over roughly nine months, we asked people to talk about their dreams for the future. We spoke with people of different social class backgrounds; of different races and genders; and at different stages of life – newlyweds, new parents, people starting new jobs and recent immigrants. We talked to people facing serious hardships, such as poverty, homelessness, serious medical diagnoses or unemployment.

We found that these social characteristics and life experiences seep into the mind’s eye, quietly influencing how people dream and whether they believe their dreams can come true.

Where men and women diverge

We already know that the rich and poor, men and women, nonwhites and whites, the old and the young have vastly different experiences with criminal victimization, educational opportunity, health and disease, housing and wealth.

But through our research we have learned that these factors also have a powerful impact on dreaming. This is important because it appears as though one’s social standing can bake inequalities into the very life of the mind, creating both road maps and roadblocks.

Consider the content of people’s dreams. Both men and women were equally likely to dream of career accomplishments and having the opportunity to help others or donate large sums of money down the road.

But there were also notable gender differences. Women were more likely than men to identify topics associated with traditional womanhood – family-related dreams, such as having kids, keeping peace in the family, maintaining long, successful relationships and hoping to improve their physical appearance.

Men, in contrast, were more likely than women to dream of adventure and fame, wealth and power – themes consistent with traditional manhood. We also learned that women tend to be more varied, more committed and more optimistic about their dreams than men.

Most people from all of the racial groups we studied felt their dreams were realistic and achievable.

However, among Latino respondents, only about half saw their dreams as realistic. And only 41% felt there was a 70% chance or higher that their dreams would come true.

As people spoke to us about their dreams, we heard four positive lessons repeatedly offered by many of our study participants: “opportunity is boundless,” “dream big,” “never give up on your dreams” and “optimism makes anything possible.” We also consistently heard two negative lessons from some participants: “the deck is stacked” and “the higher people rise, the harder they fall.”

Among our participants, the practicality of dreaming and attainability of dreams seem to be powerfully connected to the cultural lessons imparted to them – the adages, parables and wisdom learned from books, movies, songs, national symbols and traditions they’d been exposed to throughout their lives.

These patterns confirm what Olympic gold medalist Billy Mills so eloquently stated: Being poor leads to “the most devastating poverty of all, a poverty of dreams.”

These differences – as well as many others we found in our research – broaden the definition of inequality. They show that inequality is deep-seated and often precedes action or outcome. 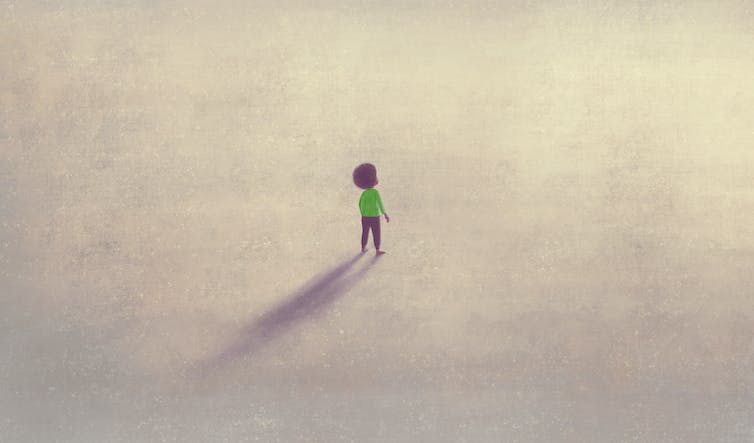 In our study, it was clear to us that some study participants never intended to actually pursue their dreams.On the other hand, some respondents did intend to do so. And some were in a better position than others. The wealthy professional who wanted to start a business was already on track. Yet the retired middle-class woman who dreamed of making peace in the Middle East had no path available to her. The affluent high school senior who wanted to learn all the languages of the world was already working on mastering several foreign languages. The disadvantaged senior citizen who clung to the dream of becoming president had no traction at all.

American culture encourages people to dream big. But it’s important to ground those dreams with a dose of reality. When teachers say “You can be anything you want, even president of the United States” – and don’t explain the way in which politics, money and power are intertwined – they lay the groundwork for feelings of personal failure and resentment. And while the mantra “work hard and your dreams will come true” percolates in American culture, it papers over the fact that millions work grueling jobs and still find themselves mired in grinding poverty.

Until the gap between the haves and the have-nots narrows, dreams will lie dormant or gradually wither – discouraging planning or shriveling into a cruel reminder of what won’t come true.

The authors do not work for, consult, own shares in or receive funding from any company or organization that would benefit from this article, and have disclosed no relevant affiliations beyond their academic appointment.

Write an article and join a growing community of more than 147,600 academics and researchers from 4,390 institutions.