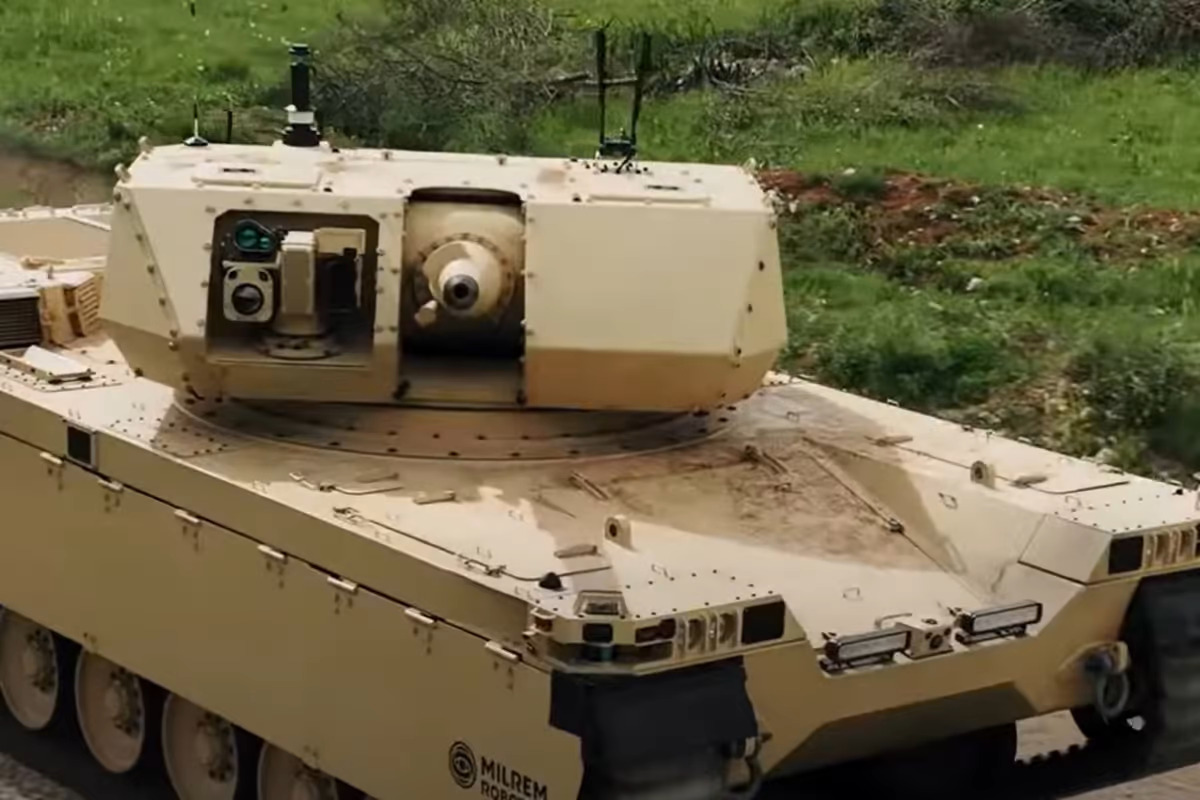 The tank was composed of a Milrem module and a Kongsberg turret.  Milrem Robotics

Conducted in the second week in June, the successful live-fire exercise against static cars and armored vehicles is part of the Nordic Robotic Wingman (NRW) joint project being run by Milrem and Kongsberg with the aim of producing a battlefield robot that meets the requirements of NATO and the Nordic countries.

The idea is to create a robotic vehicle that can support both Main Battle Tanks (MBT) and Infantry Fighting Vehicles (IFV) while providing equal and overmatching firepower and tactical capabilities to that of an IFV unit.

Though the test used a Bushmaster 30-mm gun with linkless ammunition feed, the Type-X can carry cannons up to 50 mm, as well as anti-tank missiles and a tethered drone for reconnaissance. The Milrem component is a propulsion and control module that incorporates artificial intelligence and is capable of autonomous waypoint navigation and obstacle detection. In addition, it has Indirect Drive, which provides better remote control at higher speeds.

The video below shows the live-fire exercise.

is a freelance journalist, playwright, and general scribbler based in Seattle, Washington. A retired field archaeologist and university lecturer, he has a background in the history of science, technology, and medicine with a particular emphasis on aerospace, military, and cybernetic subjects. In addition, he is the author of a number of websites, four award-winning plays, a novel that has thankfully vanished from history, reviews, scholarly works ranging from industrial archaeology to law, and has worked as a feature writer for several international magazines. He has been a New Atlas contributor since 2011.
–