Home
Just Plain WEIRD #2
&
News
&
WEIRD ANTHROPOLOGY
&
WEIRD FACTS
&
WEIRD HISTORY
‘We like to keep a little mystery’: Britain’s female Freemasons – a photo essay
The Guardian picture essay
By Anna Gordon
2022 Jun 20
–
When you mention the Freemasons, people tend to have similar reactions: do members have a secret handshake? Do they roll up their trouser leg? Is there corruption? The one thing they do not tend to think of are women.

The roots of women’s Freemasonry can be traced to France in 1882, when Maria Deraismes became the first woman initiated, at the Lodge of Free Thinkers. Co-masonry (Freemasonry that admits both men and women) was brought from France to the UK in 1902 by Dr Annie Besant, who became its leader. Besant was a feminist campaigner, social reformer and one of the organisers of the matchgirls strike in 1888.

In 1908, Britain’s co-masons cut free from French control and formed three lodges under a new Grand Lodge. In 1913 the Grand Lodge split after a dispute over degrees (the levels of Freemasonry), leading to the creation of two separate organizations that were to become the Order of Women Freemasons and Freemasonry for Women, both of which continue to operate. Since 1935 they have been women only.

They are run by two Grand Masters (the women’s lodges use the same language, traditions and rites as the men’s). The Order of Women Freemasons has several thousand members while Freemasonry for Women has about 700. There are craft lodges (local lodges) of female masons throughout the UK and abroad, including in the US, India, Gibraltar, España and Romania.

Freemasonry originated among guilds of stonemasons and its symbols are objects used in construction. There are three fundamental degrees of Freemasonry: the first is Initiation, when someone joins; the second is Passing to Fellowcraft; and the third is Master Mason, also known as the ceremony of Raising.

“When I joined in 1976 it was very much ‘them and us’ and you had to be kept in your place: it was rank orientated. But it is much more friendly now … the men have relaxed their attitude towards us. In the beginning, they were hostile and wouldn’t recognise us. Things have changed considerably,” says Christine Chapman.

“It’s the most wonderful women’s club … The camaraderie. That fact that your situations in life change – nobody knows what is coming – but this is something constant. You can walk in and there is always a friendly face and a warm welcome … If you were with a partner before but you’re not with one later on, you still have somewhere you can go and feel comfortable. The lodge is always there for you,” says Susan Bentley.

“I joined because I was nosy. I was engaged to a guy whose father was a Freemason and they had all these lovely parties … I moved to Brighton and eventually I found one of the guys I was friendly with. His mother was a Freemason and she introduced me to a London lodge, and here I am. I never aspired to this, it was an accident … I never dreamed that I would get to this position,” says Maxine Besser, Deputy Grand Master, 74.

Historically, Freemasonry has been a secretive affair, with members not allowed to discuss it with outsiders. Today there is more openness.

I was invited to a meeting of Lodge Justice No 4, part of Freemasonry for Women, in the north London suburb of Southgate. A ceremony of Raising was taking place as Mathilde Mbouck, a medical doctor from south-west London, was receiving her third degree, and becoming a Master Mason.

Even though there is more openness, there are parts of the meeting I am not allowed to see as a non-mason. “I would prefer to not use the word ‘secret’ but instead say that we like to keep a little mystery and an element of surprise,” says Flora Quintner, 84, a retired English and law lecturer.

“For example, you wouldn’t be impressed if you had just told a friend you were going to a movie and that friend blurted out what happened at the end. It would take all the enjoyment away from the event. Similarly, we keep the details of our ceremony private for the same reasons.”

It was a simple but intense and emotional ceremony for me. It’s a big step and I feel more part of the whole family

I also ask her about the handshake and the rolled-up trouser leg. “Yes, there is a secret handshake but I’m not going to show it to you,” she laughs. And the trouser leg? “We wear skirts.”

The secret handshake is used to signify the degree a mason has reached. It should only be used during ceremonies and not outside the lodges.

In the past, if an individual wanted to become a Freemason they nearly always had to know someone who was a member, and the process could take several years. Now, people can apply to join online.

Those who wish to become a Freemason must meet three requirements: they must be over 18, of good character (there is an interview to establish this), and while they do not need to belong to a specific religion, they must believe in a supreme being – during the ceremonies people are required to swear an oath to a supreme being.

And what about the allegations of corruption? “Personally, I have not heard of corruption within our organization nor, for that matter, in the UGLE [United Grand Lodge of England, the male Freemasons],” Quintner says.

“Before joining, all Freemasons are told that Freemasonry holds no business or commercial advantages and that one should not join if they just wish to promote their business. We do not subscribe to conspiracy theories, which, we are pleased to say, have almost become a thing of the past.”

And what is the future for female Freemasonry? “I really believe there is a path for Freemasonry in the modern society because there are a lot of members and a lot of initiations still happening,“ says Ndanga-Adjovi.

“The main challenge for Freemasonry is to send the right messages. The old traditions of keeping secrets, of not communicating enough, maybe now need to change.” 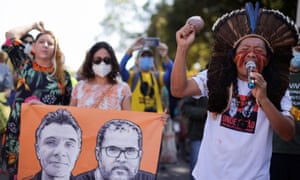